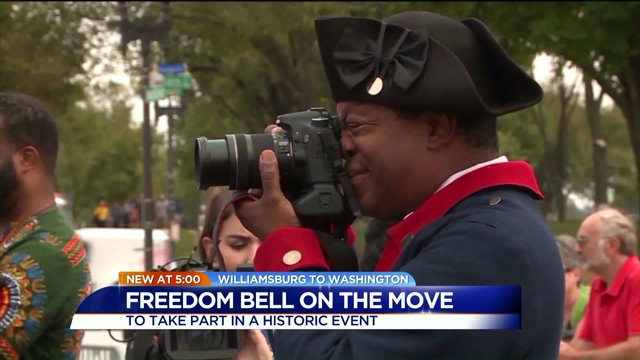 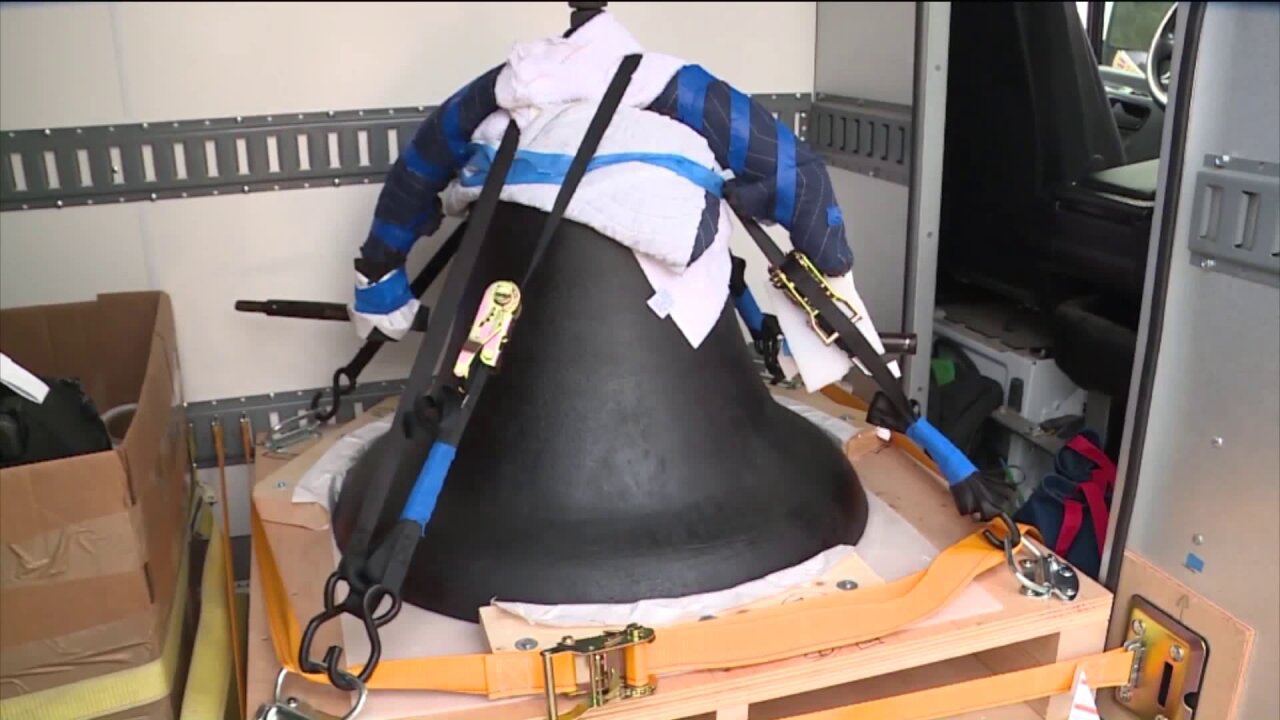 WASHINGTON D.C. – Cheering crowds lined the streets of colonial Williamsburg Wednesday, as a freedom bell headed north to the nation’s capital for a new chapter in history.

The freedom bell will be one of the focal points of the new Smithsonian Museum of African-American History and Culture; and it will be rung Saturday by President Obama, to dedicate the site.

An excited busload of church members was along for the 153-mile trek to D.C. headed to the 19th museum by the Smithsonian.

"It’s a great, great honor to be able to be a part of what's taking place today,” said Sharon Dorsey.

The 400-pound bell has been a staple at First Baptist Church of Williamsburg since 1886.

One of the museum directors, Rex Ellis, called the bell’s D.C. arrival a significant moment.

“It reminds people that through slavery, Jim Crow, through everything, the most important part of our history as African Americans is that we survived,” said Stephen Seals.

On Saturday and Sunday, thousands will visit this museum and participate in opening weekend ceremonies.

The freedom bell will grace the halls of this museum until the end of September.

From there it will return to the first Baptist Church of Williamsburg just in time for its 240th anniversary.

For a preview of the museum, click on the video below.