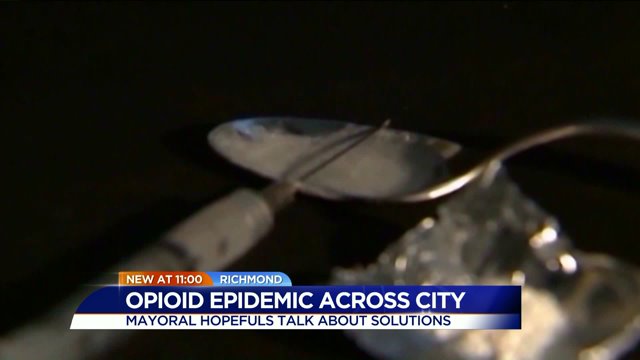 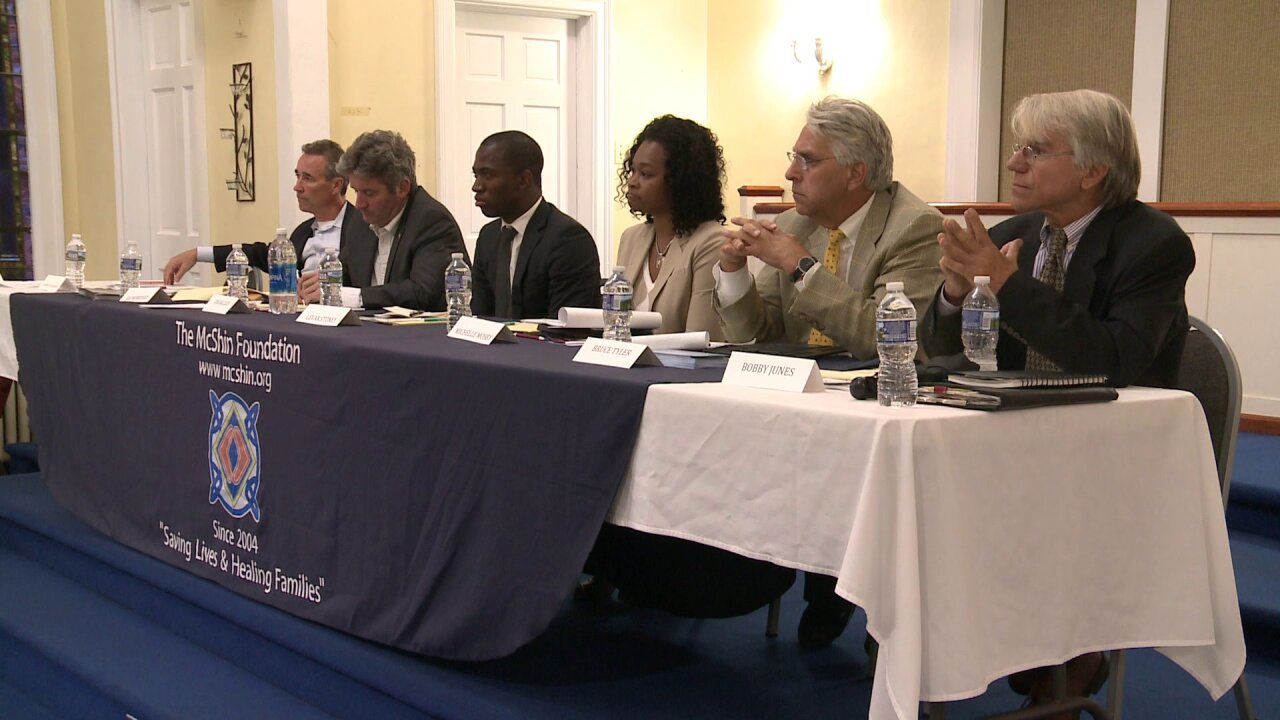 Her son, Charles Rogers, 20, died after a short battle with painkillers, heroin and depression.

On Monday evening, Rogers told her story, along with several other addict families, to candidates vying to become Richmond’s next mayor.

Rogers told the mayoral hopefuls that there were few resources to help her son. Rogers committed suicide one week after being turned away from a psychiatric facility.

“We ended up spending 250,000 to get care for my child,” Moss said.  “There wasn’t anything locally; I couldn’t ever get a decent diagnosis.”

Six of the eight candidates for mayor attended the forum organized by the McShin Foundation, an addiction recovery center in Henrico County.

They heard from current and former addicts, and parents struggling with a child’s addiction.

Several people addressed criminal justice reform, the stigma of addiction and the lack of funding and resources when it comes to combating Virginia’s opiate and heroin epidemic.  According to the Virginia Department of Health, there have been more than a thousand overdose deaths in the state in 2016.

Marta LeFleor lost her daughter nearly two years ago, after she became addicted to painkillers and then heroin following a cheerleading accident. LeFleor believes counseling services, after initial treatment, could have saved her daughter’s life.

“There’s no funding for it,” LeFleor said. “They treat the overdose and then they release the person who suffered right back into the environment.”

All six mayoral candidates on hand for Monday’s forum listened to the audience, before offering possible solutions.

Candidate Levar Stoney, the former Secretary of the Commonwealth, told the crowd about his uncle’s struggle with heroin addiction.

John Shinholser, president of the McShin Foundation, says the forum was an opportunity to address issues that are still being overlooked by state and local leaders.

“The truth is, roughly 30 to 40 percent of the population of the city is affected by substance use disorders and co-occurring mental illnesses.  That’s a lot of people,” Shinholser argued.

While awareness is slowly evolving in the commonwealth, Anne Moss said families can’t afford to stay silent any longer.

“I’m not being quiet anymore,” Moss added.  “I’m not ashamed and we need to talk because talking saves lives.”