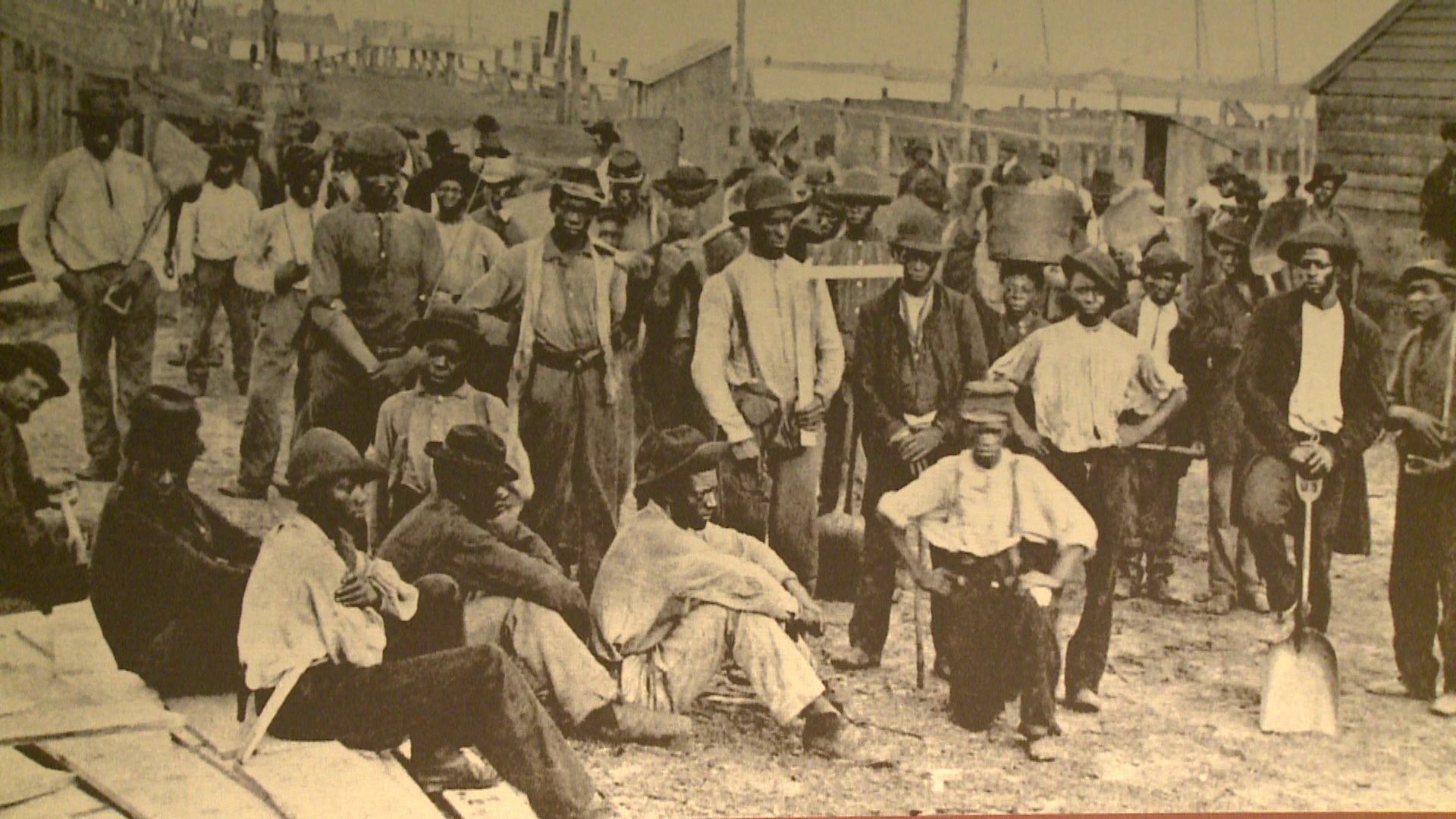 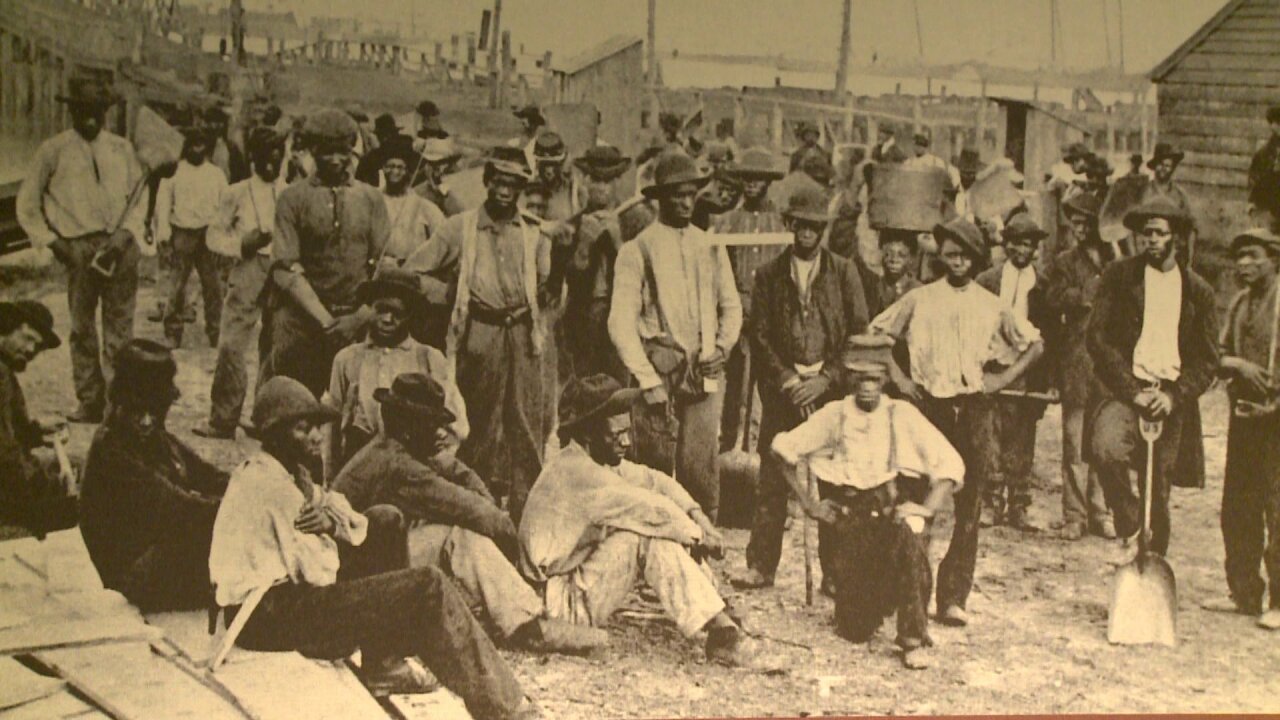 RICHMOND, Va. -- In the early 1800s, two women were moved more than 500 miles from their home in Caroline County, Virginia to Kentucky by the man who owned them, Anthony Thornton.

The women, named Jupiter and Kizzy, were slaves, and the latter survived slavery, living to age 112.

At least, that’s the story known to Robert Claxton Day, who posted to a message board on the Virginia Historical Society’s website.

Day said he was "researching my 3rd great-grandparents."

"They were slaves to the Thornton family of Caroline County, Virginia in the late 1700s," he said.

Day’s search, like so many people’s search for their African-American relatives, is daunting.

Even though they were first brought to modern day America in the 1600s, African-Americans were not counted as part of the U.S Census until 1870.

Many African-Americans only know about their ancestors pre-1870 through oral histories passed down through generations.

“After Emancipation and after the Civil War, enslaved people would choose their own last names, so that becomes another kind of wrench in doing your research. It's a lot more difficult than getting on Ancestry.com,” Paige Newman, the Associate Archivist for Collections Processing with the Virginia Historical Society, said.

Newman oversees the database Day used to learn about his family's history.

Looking at "Unknown No Longer" database at @vahistorical with Paige Newman @CBS6 pic.twitter.com/4mH1ZKJPKW

It’s called the Unknown No Longer project at the Virginia Historical Society (VHS) and it went live online in 2011.

On the ground-breaking site, funded by the Dominion Foundation, people can research their African-American ancestory in Virginia through thousands of historical documents that VHS meticulously pulled information from and posted onto the site.

“We have diaries, estate inventories, account books, bonds, receipts for bills of sale, insurance policies. I could name a whole host of stuff,” Newman said.

In total, there are 8 million documents that contain bits of information about African-Americans living in Virginia before 1870. Reviewing them is incredibly time consuming.

The massive amount of documents that need to be combed through to pull out info for database @CBS6 @vahistorical pic.twitter.com/8vqfzpZrOA

So far, Newman and her small staff have only had the time to pull out about 12,000 names.

“I would love to work on this project all the time, but I've got other projects too, but yeah, it's overwhelming,” Newman said.

More than 100,000 people have already visited the site, and it’s one of the most popular pages on the VHS website.

Newman pointed to a historic letter from 1857, yellowed and worn with age.

The letter contains two messages: one from Patrick Jackson of Farmville to Dr. Nelson Samuel Waller of Spotsylvania County, regarding an offer to sell Sarah, one of his slaves, to Dr. Waller, so she can be reunited with her husband, Peter Shelton, who was owned by Dr. Waller.

The second note was written by Peter Shelton to his owner.

In it he writes, “…as you promised me to help me in any difficulty you will please oblige me by purchasing my wife. Your obd servant Peter.”

The letter is a reminder of the harsh realities of slavery: a man having to ask his owner to purchase his wife so they can be together.

But, it also includes names, dates and locations of enslaved African-Americans that can now be catalogued in the database for people to search.

Unfortunately, Newman said those searches have yielded “very few” success stories for people, but she said when a match is found it can be poignant.

“When I'm working with people in the library that do find an ancestor, I'm with them crying because it's amazing to see that connection, and to see something that is personal even though their ancestor was [in Virginia] 200 years ago,” Newman said. “That's a personal relationship in a way. It's moving, and there is a lot of emotions generated.”

Although the site currently has more than 12,000 searchable names on it, Newman said there is far more work to be done.

And while she and a few others try to work on it as much as possible, they are a small team with many other responsibilities.

“I don't think we're working fast enough for the public at all. We are starting to look into [volunteers.] Hopefully, I can get a volunteer group together because that would be wonderful,” Newman said.

After all, the more names that go up on the site, the more people’s ancestors will be “unknown no longer.”

“I think it gives you a sense of self to know your history and that's definitely a personal journey and a personal question and it's individual. Everyone deserves the right to have access to the information,” Newman said.