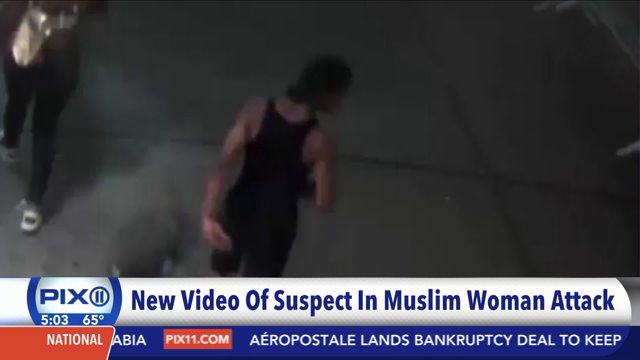 MIDTOWN EAST, Manhattan – The NYPD has released footage of a man who they believe lit a Muslim tourist's blouse on fire in front of a luxury clothing store on Fifth Avenue last Saturday.

The 35-year-old victim, dressed in a traditional Muslim garb, was outside Valentino in midtown just before 9 p.m. when she says felt something warm on her left arm and noticed her blouse was on fire, police said.

She patted out the fire and saw a man standing next to her with a lighter in his hand, according to police.

The individual then walked away eastbound on East 54th Street. Surveillance video shows the alleged attacker in a black tank-top and dark-colored jeans.

The NYPD's Hate Crime and Task Force is investigating the incident.

The New York chapter of the Council on American-Islamic Relations (CAIR-NY) condemned attack on the woman in the latest in a series of attacks on Muslims and urged Mayor Bill de Blasio to add resources for the investigation of hate crimes.