More than 100 Petersburg first responders rally to save their jobs 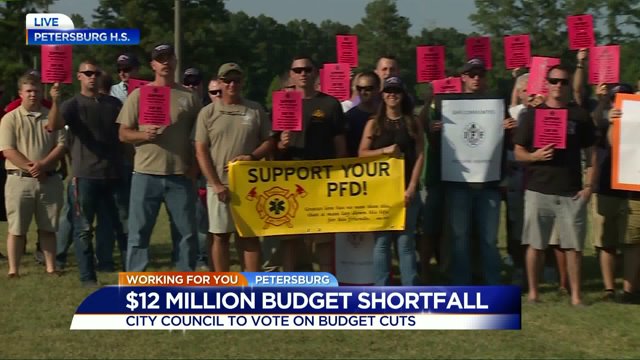 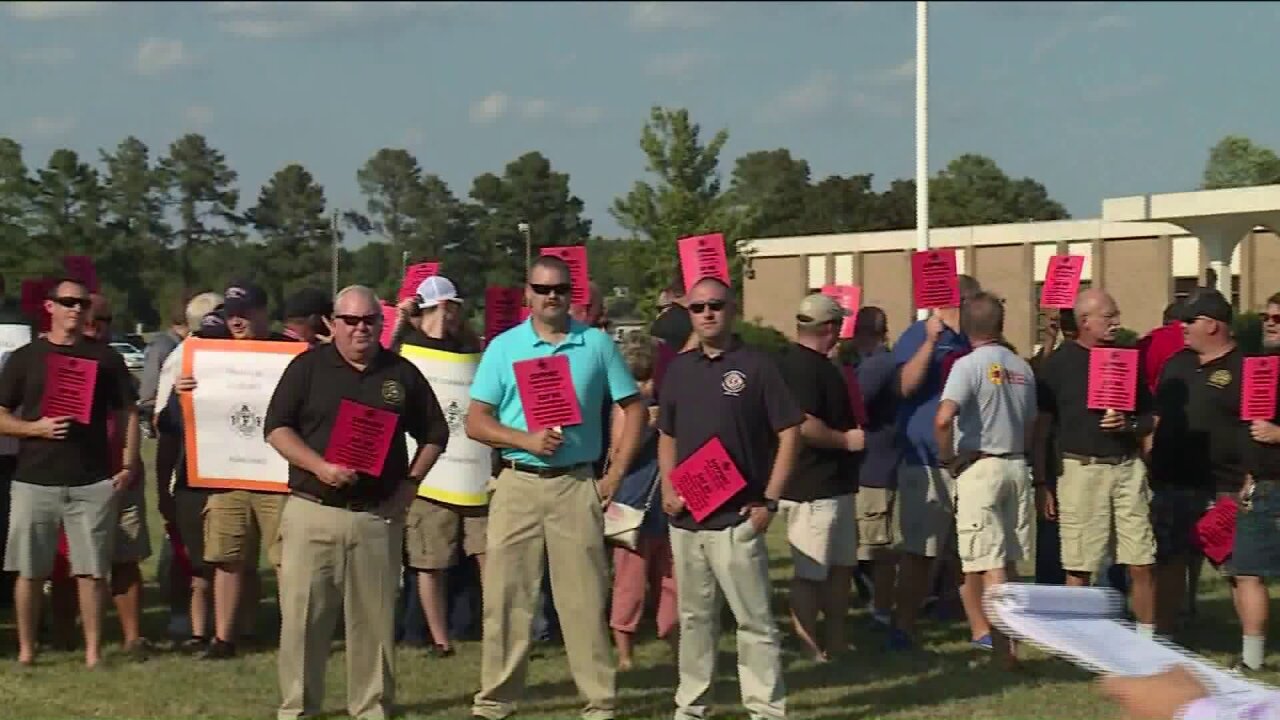 PETERSBURG, Va. -- More than 100 current and retired firefighters and EMS medics rallied for their jobs in front of Petersburg High School Tuesday afternoon ahead of the city council meeting.

During the highly anticipated public hearing, Petersburg residents will have their voices heard and city council members will vote on proposed budget cuts amid the city’s $12 million deficit.

One of the biggest points of contention is a proposal that recommended the closure of one of the city's four fire houses, which would eliminate more than a dozen firefighter positions.

The first responders rallied Tuesday to try to convince Petersburg officials not to cut from their department.

Southside Virginia Emergency Crew is one of the agencies that could be eliminated if proposed cost cutting measures go through.

If funding is eliminated, Bubby Bish, Director of Operations for Southside Virginia Emergency Crew, says they won’t be able to survive.

"We just can't pay the 25 employee's or pay our bills, medical supplies, fuel, I mean it goes on and on," he said.

Bish said the 71-year-old institution would only be able to remain open for about another month.

"We'll be forced to shut the doors, probably by October 1,” he added.

The closure of SVEC would leave a gaping hole in the city as it handles 22 EMS calls a day and nearly 7,500 per year.

Chelsea Rarrick is at the meeting and will have the latest on CBS 6 News at 11 p.m.

Monday, residents told CBS 6 they would prefer those increases over cuts to public safety like the fire department and public education.

But cuts in spending are expected to bring the biggest savings short term.

"We need to look at this thing very carefully, and not cut off the Fire Department, cause we need them," said Petersburg resident Waynenetta Wingard.

The City Council meeting is currently underway in Petersburg.

According to officer here, 450 people are at tonight's council meeting. @CBS6 #perersburg pic.twitter.com/1fykHs6PRT