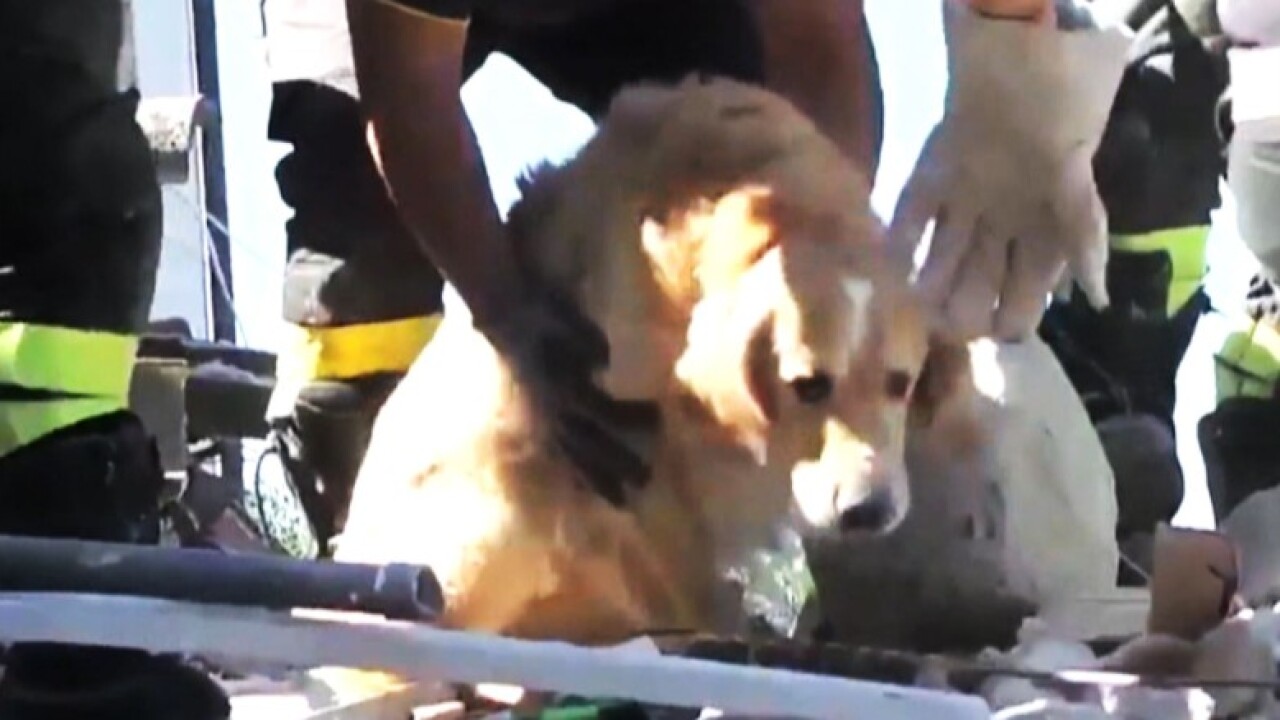 Rescue workers heard something as they shuffled through the remains a home in Amatrice, Italy, nine days after it was damaged by a 6.2 earthquake.

It was barking, coming from beneath the rubble of what a couple once called home.

From deep under the debris, the couple’s scared but healthy Golden Retriever, Romeo, was spotted.

“Romeo! Come!” his owners cried as the dog slowly emerged from under the toppled concrete, wagging his tail.

A big “Bravo!” rang out as the crowd cheered on the rescuers efforts.

Video of the Friday rescue was released by the Italian Fire Brigade.

Romeo was pulled out from underneath the collapsed metal structural beams of the demolished house — beams which most likely shielded him when the massive earthquake rattled the heart of the country on August 24.

Rescue workers gave the dog a red bucket filled with water. He appeared to be healthy after his ordeal.

In the hope of finding other “Romeos,” rescue workers are still working around the clock.

The Italian Fire Department has deployed 1,044 men supported by 571 vehicles to the affected areas, where 291 people were hurt and several hundred were injured.

Thousands more were left homeless, as most of the buildings succumbed to the forces of mother nature.

As for Romeo, he too will have to find a new home.