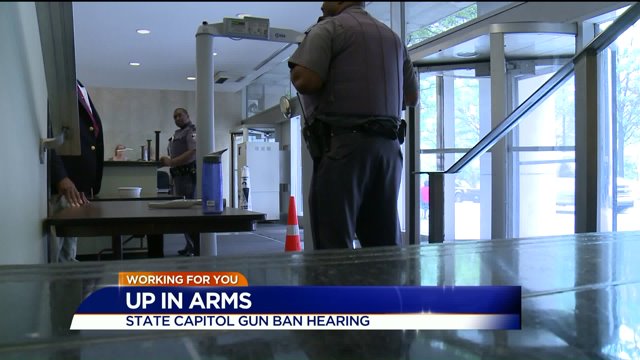 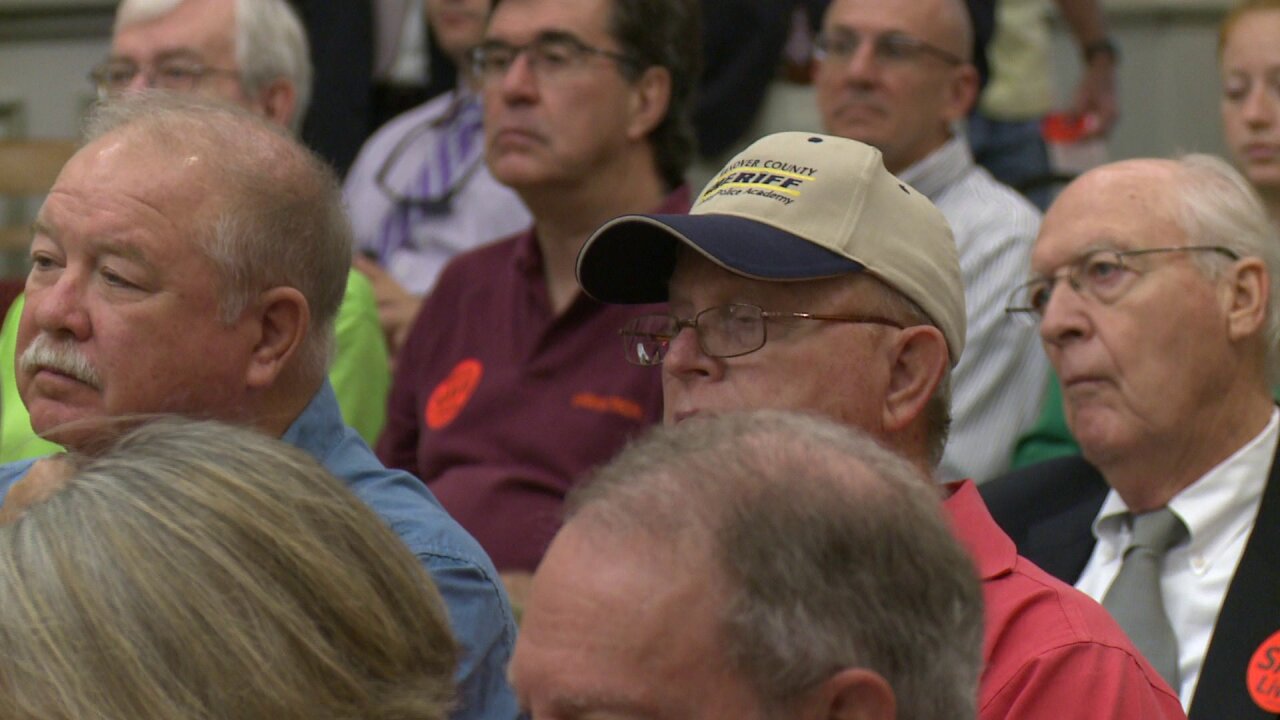 In December 2015, McAulliffe said the order would protect state workers and visitors to state buildings from gun violence.

The executive action was entered as an emergency order at the time, so that the policy could be implemented immediately, officials with the Department of General Services (DGS) said.  That means the order is scheduled to expire next year.

DGS is in the process of making the regulation permanent and has opened a public comment period on how the state could improve it.

At Wednesday's hearing, local gun owners and members from the NRA made it clear they would like the order thrown out.

"[This] forcibly disarms us under cover of authority, and forces us to leave our weapons unattended in the street," said one speaker with the Virginia Citizen's Defense League.

"This unilateral order makes us less safe. It makes me less safe when I'm walking the streets heading to a public office building," said Kevin Carrol, a state worker.

The ban is in effect now, so if a permitted concealed weapon holder enters a state building, they are required to leave their firearm in their vehicle or somewhere else.

Each state agency is responsible for enforcing the order, Virginia Capitol Police said, and anyone who refuses to comply is asked to leave the building.

Capitol Police said they were not aware of any calls related to violations and that it has "not been an issue" for them thus far.

Gun control activists were outnumbered, but vocal at Wednesday's hearing.

Lori Hass, Virginia Director of the Coalition to Stop Gun Violence, wondered aloud why the public would need guns in a state building that is already protected by armed and trained security and police.

"We are here in this building today and I feel quite safe, and I again thank the Governor and his administration for their commitment to public safety," Hass said.

"We've seen a lot of tragedies; we've seen it around the country with the gun violence," said McAuliffe Tuesday when asked about the public hearing. "All I'm trying to say is we have to do everything we can to keep Virginia as safe as possible."

DGS officials said since public comment period opened they have received more than 2,000 written comments, submitted online.  Citizens are encouraged to share their input on the regulation online.

The public comment period remains open until Oct. 21.  DGS officials will then review the comments, revise the order if necessary, and present a final proposal.  After another 30-day comment period on the final regulation, the rules become permanent.

Officials said only legislative action or a new administration can undo the regulations at that point.  GOP state lawmakers said Tuesday they would take "corrective action" through legislation if that happens.