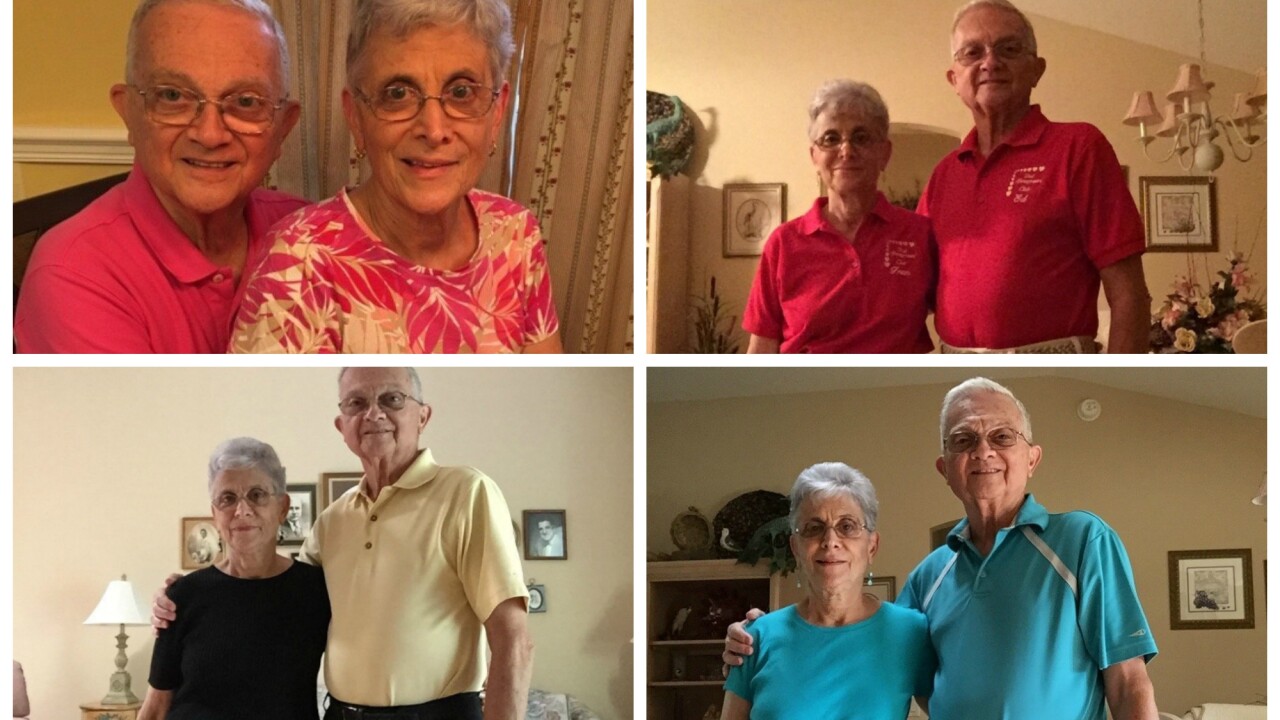 Ed and Fran Gargiula have been married 52 years, and are famous for their matching outfits.

Some mega-adorable pictures of a set of grandparents wearing matching outfits were posted to Twitter last night, and we honestly can’t get enough.

“I never expected a tweet of my grandparents to go viral,” Anthony Garguila,17, told CNN.

Fran and Ed Garguila, Anthony’s grandparents, have been married for a whopping 52 years, and they have become known for their coordinated outfits.

my grandparents have been married for 52 years and they match outfits every day. pic.twitter.com/79nCaNuTuD

So… they’ve been matching for 52 YEARS?

Well, not exactly. But enough to win the “Most Endearing Couple of the Year” award.

The Garguilas started square dancing several years ago, and decided to wear matching outfits when they danced. And it just became… a thing.

Especially after they showed up to one of Anthony’s singing performances last year in Florida — sporting bright orange shirts. Not only were THEY matching, but they brought their whole square dancing crew along wearing bright orange.

“Everybody looks forward to what they’re going to wear,” Rich Garguila, the couple’s son, told CNN. 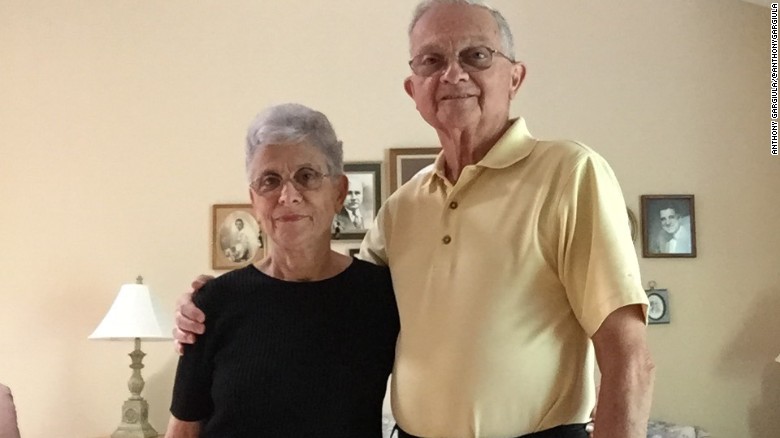 That includes Anthony, who gets an exclusive preview every morning…

“I wake up to text messages saying, ‘Good morning! We hope you have a good day!’ — along with the “outfit of the day.”

His personal favorite is the “bumble bee outfit” — the one where the Garguilas wore opposing yellow and black pants and shirts.

“It’s the cutest thing ever,” he said.

It’s also indicative of the kind of people they are in general.

Anthony says, “they are the best… my grandfather is 75-years-old and texts me every morning.”

“They personify being grandparents and being a couple,” Rich Garguila told CNN.

This morning, after Anthony’s tweet blew up overnight, he texted his grandparents: “You’re an internet sensation.”

They even matched when they renewed their vows two years ago

“Directly after that, they sent me their morning photo,” he said.

The text read, “Good morning from your famous grandparents.”

"So I don't really know how to tell you this, but you've gone viral." pic.twitter.com/B7kLsBcY21