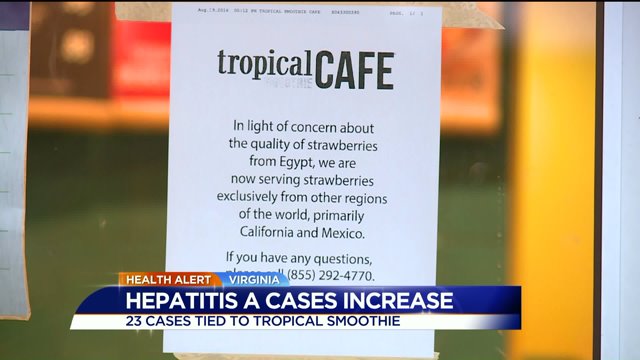 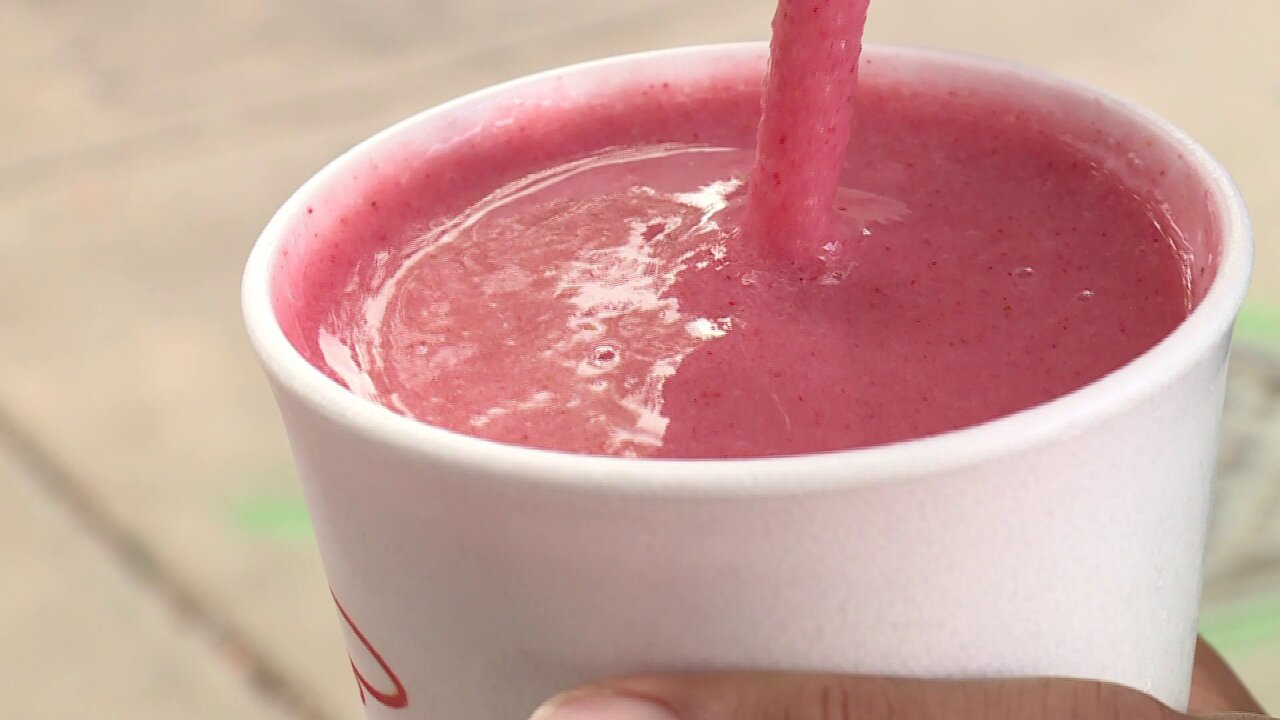 RICHMOND, Va. -- According to the Virginia Department of Health, there have been 28 confirmed cases of hepatitis A linked to frozen strawberries used at Tropical Smoothie Cafes across Virginia.

There are ten in Northern Virginia, five in Northwest Virginia, and eight in the eastern region on the state.

Earlier this week, CBS 6 reported urgent care offices in the Richmond-area have seen an increase in patients with symptoms that might be caused by hepatitis A.

The VDH identified a possible link between frozen strawberries from Egypt that were used at Tropical Smoothie Cafés between August 5 and August 8, and hepatitis A.

The CEO of Tropical Smoothie Café said the strawberries in question were voluntarily removed from all stores when they learned of a possible link.

The VDH said they want anyone who consumed a smoothie with frozen strawberries at a restaurant within the last 50 days to watch out for symptoms of hepatitis A.

Officials say classic symptoms of hepatitis A are fatigue, nausea, abdominal cramps and jaundice, the yellowing of the skin and eyes. Symptoms can develop 50 days after exposure.

People who have been vaccinated for hepatitis A are not at risk, officials said. Additionally, health experts stressed customers who consumed a smoothie after the strawberries were pulled from restaurants are not be at risk.