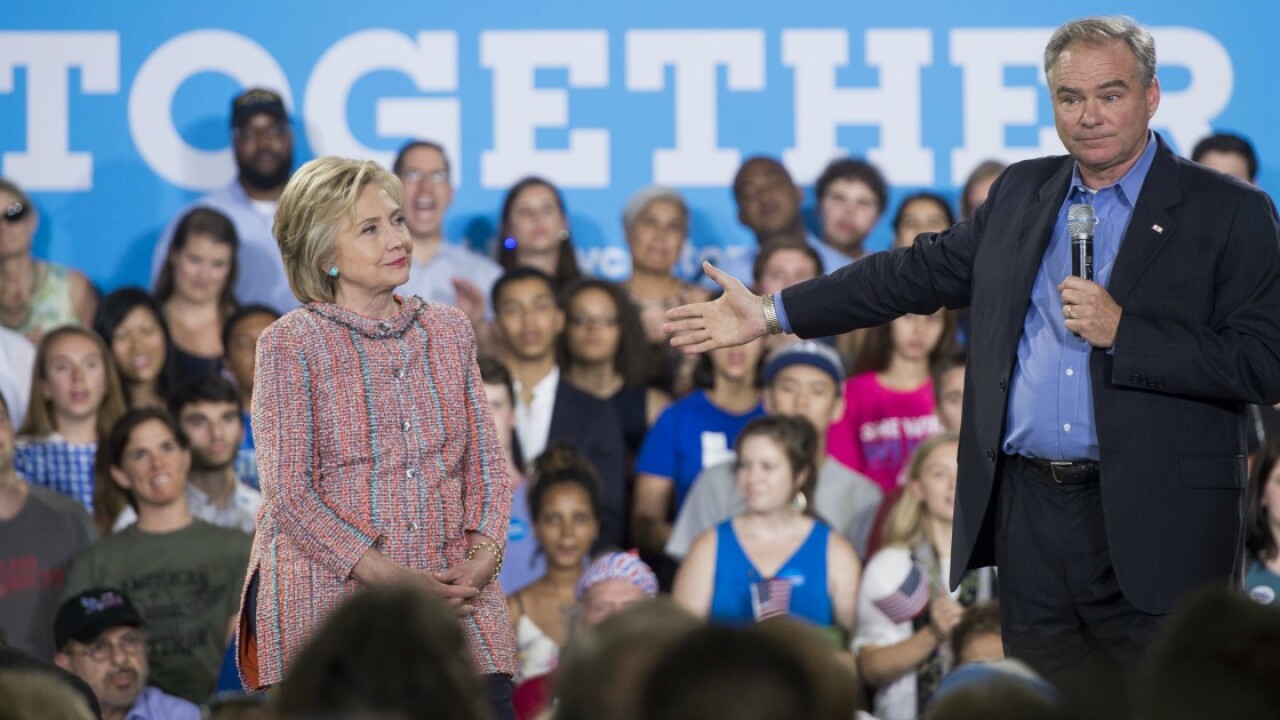 WASHINGTON — Planned Parenthood president Cecile Richards provided some cover to Tim Kaine on the issue of abortion, saying Wednesday that the Virginia senator and Hillary Clinton running mate “has been a champion for women and families his entire lifetime.”

In an interview on CNN’s “New Day,” Richards drew a distinction between Kaine’s personal opposition to abortion and the policies he advocates.

“Well, he’s been very clear that his own personal opinions don’t relate to policy,” Richards said. “In fact, as a senator, he’s had a 100% rating with the Planned Parenthood Action Fund. He has been a champion for Planned Parenthood.”

Richards also drew a contrast between Kaine and Donald Trump’s running mate, Indiana Gov. Mike Pence, who she said, “has made his whole political career out of attacking Planned Parenthood, trying to defund Planned Parenthood.”

“Tim Kaine has been a champion for women and families his entire lifetime,” Richards said.

She used a similar descriptor while addressing delegates at the Democratic National Convention on Tuesday night, the lone reference to Kaine in her speech.

Kaine’s track past statements on abortion are among several policy areas that have put him at odds with progressives. Mindful of this, Clinton spokesman Jesse Ferguson said Tuesday that Kaine has privately told Clinton that he backs a repeal of the Hyde Amendment, which prohibits the use of federal money for abortion services.

It marks a change for Kaine, who was on the record as recently as three weeks ago expressing his support for the Hyde Amendment, in an interview with the Weekly Standard.