Jury begins deliberations in trial of Trooper killed in 2013 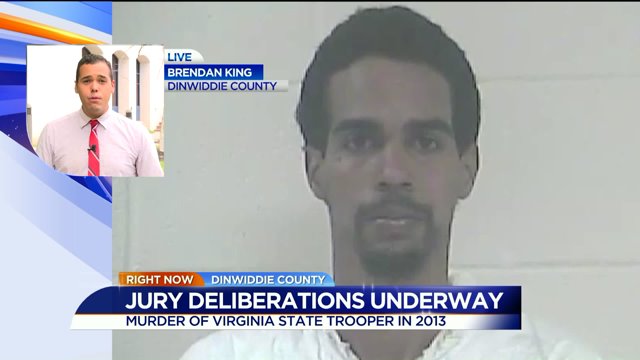 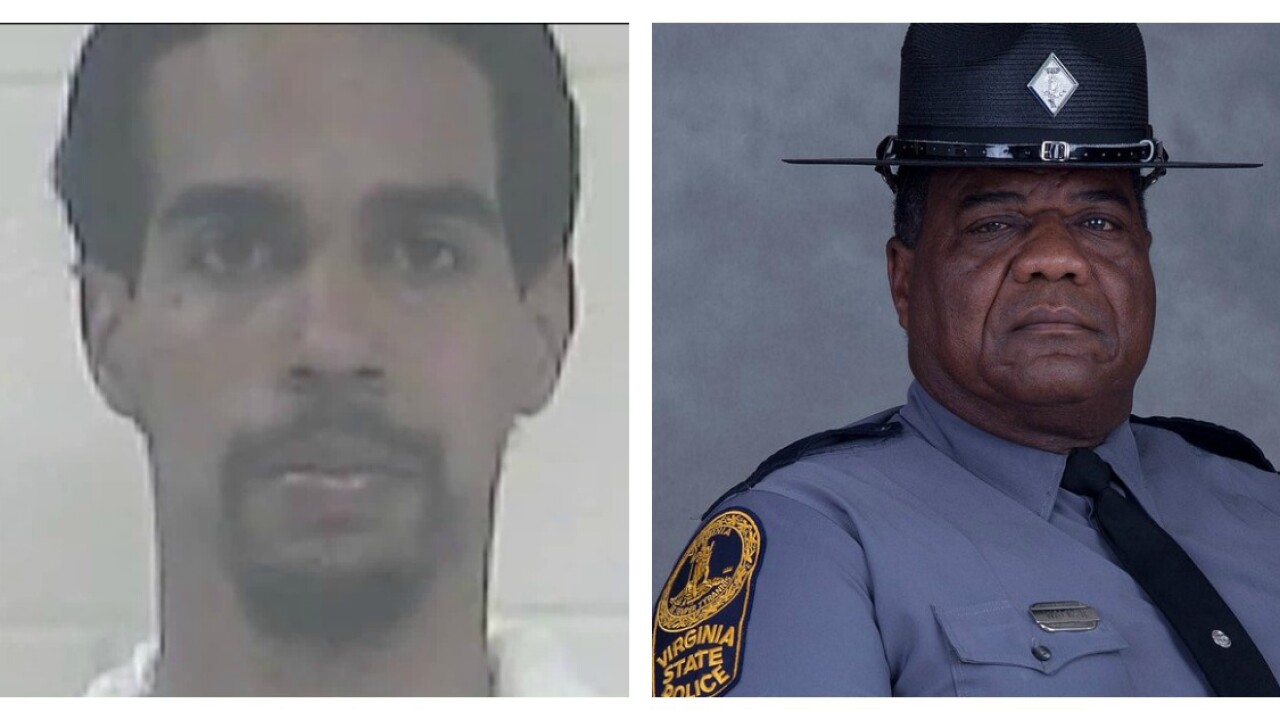 DINWIDDIE, Va. – The fate of Russell Brown is now in the hands of a jury during day thirteen of his capital murder trial. Brown, 31, is accused of fatally shooting Virginia State Master Trooper Junius Walker on Interstate 85 in March 2013.

The jury deliberated for about three hours Wednesday before the judge dismissed the twelve jurors for the evening.

Investigators say Brown shot and killed Walker, 63, after the trooper pulled beside a disabled vehicle on the shoulder of southbound Interstate 85 in Dinwiddie.

Brown told state police that God told him to shoot and kill Walker, according to his defense. Brown also turned to the interviewing trooper and said that the trooper was the next to die.

He told troopers he smoked marijuana on March 7, the day of the shooting, according to the warrant. Police found residue of a "green leafy substance" in the vehicle Brown was driving.

Police also found a magazine containing two live rounds inside the car, according to the warrant.

Police said they spoke with Brown's grandmother who said she'd spoken to Russell recently and that over the last month or so he'd been talking about the Bible and not making much sense. She said that was unlike her grandson, the warrant indicated.

In March 2015 he was ruled competent to stand trial and his mental health review was terminated.

During his trial, according to the Progress Index, “two forensic psychologists testified that their evaluations concluded that at the time of the shooting Brown had a textbook case of a bipolar disorder, characterized by bouts of both depression and mania, and suffered from psychotic episodes.”

Dr. Evan Nelson testified for most of the morning regarding the series of tests and interviews he’d run on Brown. Nelson is a noted clinical psychologist called upon for expert analysis in cases ranging from the D.C. sniper trial to the Ricky Gray case.

As a whole, Nelson said that Brown’s was a case of Type I bipolar disorder, in which Brown exhibited other psychotic episodes. Nelson testified that marijuana use had an impact on Brown’s mental illness.

Brown’s fixation on religious symbolism, prophesy and a fatalistic belief in the upcoming end of the world gave him delusions of grandeur and a belief that his actions were part of “a preordained mission from God,” said Nelson.