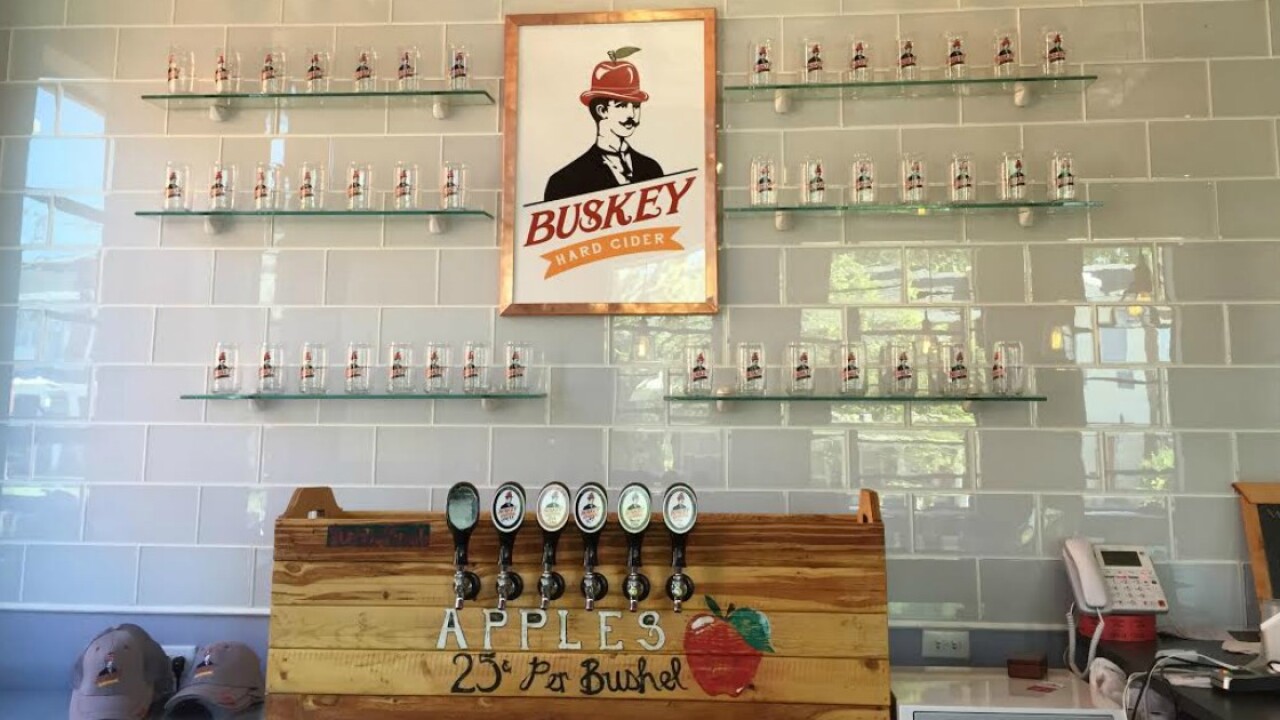 The next step will be to double production at Buskey, said founder Will Correll.

The cidery purchased three Criveller, 60BBL (1,860 gallons) fermenters.  The tanks arrived this week, and Buskey plans to begin expanded production with the harvest.  Currently, Buskey has about 125 BBL of fermenting space.

Will Correll sits outside Buskey Cider, with an apple tree beside him.

Though production will double, the cidery will still use Virginia apples.

While new laws like SB 605 restructured brewery business, and allowed breweries to operate tasting rooms without food sales, a cidery doesn’t get the same perk.

Buskey, as a cidery, needed a farm winery license to have a tasting room. That’s why they have 22 apple trees around the building – a combination of Pristine and Empire apples – and they lease an orchard in Timbervile, Va.

“This expansion will allow us to press and ferment a much larger amount of apples, but we will still be able to handle most of our production from our leased orchard,” Correll said.

Correll and cidermaker Alec Steinmetz will use the larger tanks to scale up production of the flagships, “RVA Cider” and “45 and Trying.”

They will also begin canning RVA Cider, 45 and Trying, and the Citra Hop Cider.

“This will open up our 30BBL and 15 BBL tanks for other distribution special releases like the Citra Hop Cider,” Correll said. “Though, this will allow us to make certain tasting room batches on a larger scale so they can be enjoyed more consistently.”

A majority of the new product will go to Buskey’s distributor, Loveland.

Correll said that business over the past three months has been “amazing.”

“Cider enthusiasts alike have come by the thousands to try our offerings,” he said. “People have, almost without exception, been extremely enthusiastic about our unique offerings and the robust experimental batches we have been rotating through as well as for our flagships.”

More Buskey Cider is on its way, RVA! We're doubling our capacity for our cider! #GetBuskey #vacider #rvabeer #craft pic.twitter.com/HTUCKOk4J2

“We have also been blown away by how many amazing accounts around town have been picking up our cider,” Correll added.

Next summer Buskey plans to begin releasing several new batches of cider in cans and kegs.