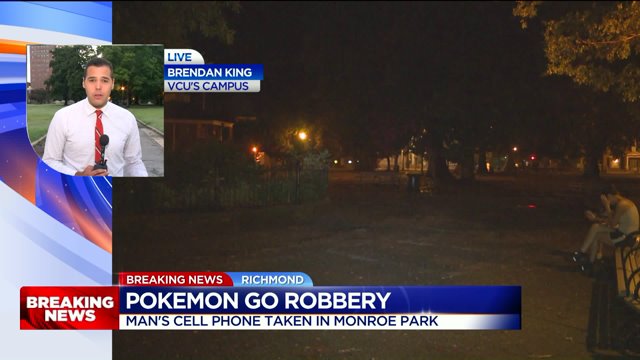 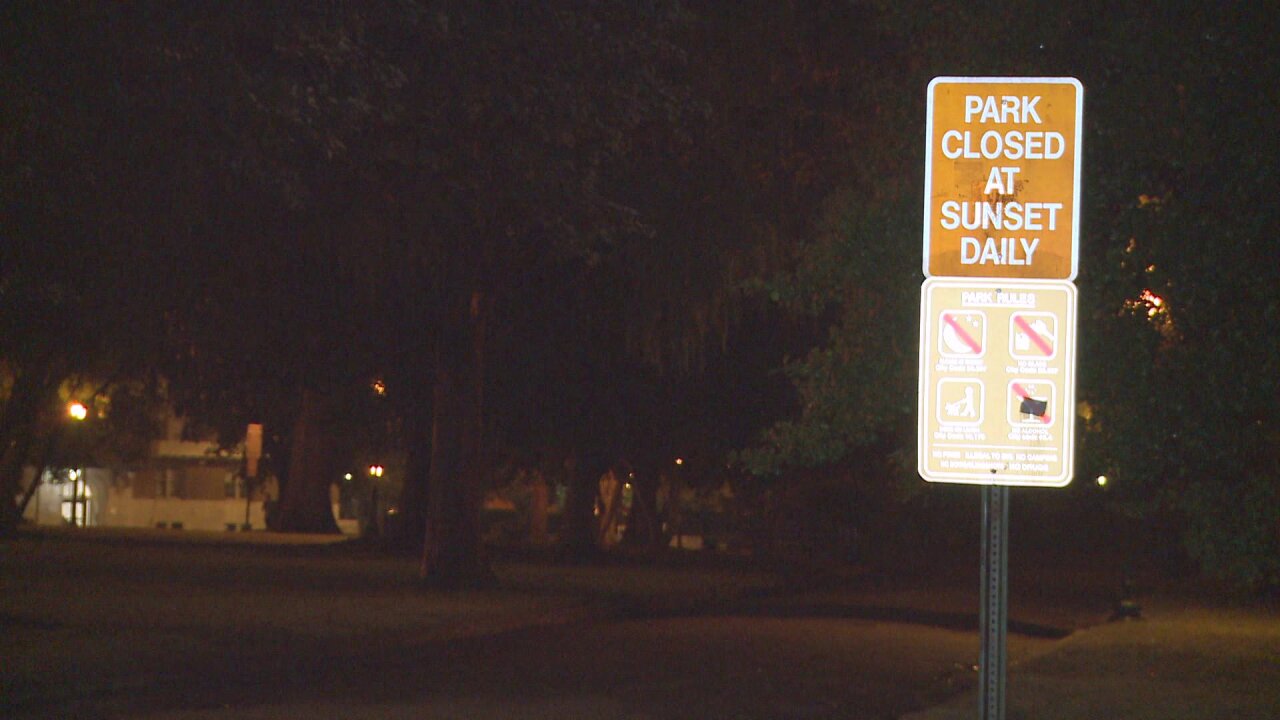 RICHMOND, Va. -- It is one of the most active spots in Richmond for players of the new, hot mobile game Pokemon GO to gather. Monroe Park, on the campus of Virginia Commonwealth University, is the hiding spot for many elusive Pokemon.

But while Pokemon GO players, with their heads buried in their phones, visit the park to increase their scores, at least one has become the target of thieves.

Just before 2 a.m. on Tuesday, one Pokemon GO player became a crime victim.

"The victim was in Monroe Park playing Pokemon GO with a friend when approached by two men. A brief conversation ensued which ended in one of the men grabbing the cell phone from the victim and fleeing eastbound on Main Street. The Richmond Police Department is classifying the crime as a Grand Larceny," VCU wrote in a campus crime alert. "It can be assumed that conditions continue to exist that may pose a threat to members and guests of the community. Police have increased patrols in this area. Richmond Police are leading the investigation."

Another @PokemonGoApp victim in the #RVA, at Monroe Park on @VCU campus at 2am; victim robbed of cell phone @CBS6 pic.twitter.com/4tXAXm1sYr

Suspect #1: Dark-skinned male, approximately 6’ tall, wearing a blue shirt, blue pants and a white bandana with a stripe on it.

"The VCU Police would like to remind students, in particular, to keep personal safety in mind. There are certain things you need to be aware of living in an urban environment. Crimes may occur in our community. The best defense is to be prepared and to take responsibility for your own safety and for that of your friends and fellow students," the crime alert continued.

Police provided the following tips to students who may find themselves in similar situations:

Do not resist. Cooperate.

The information you provide police will help them identify the suspect(s). Focus on his or her physical characteristics, i.e. clothing description, height and weight, and last known direction of travel.

If the suspect claims to have a weapon, never try to force the bluff.

Never try to apprehend the criminal yourself. Call the police immediately.

When out walking, trust your instincts about a person or situation and choose safety over courtesy.

If you need help, look for an Emergency Reporting Telephone. You automatically will be connected to the VCU Police Department.

Be aware of your surroundings. Do not let a cell phone conversation or listening to music distract you when crossing the street or in another situation that calls for your full attention.

Consider using the RamSafe transportation service between the hours of 5 p.m. and 8 a.m. Call 828-SAFE (7233) or visit ramsafe.vcu.edu