Remember when Joe Biden plagiarized a speech while running for president? 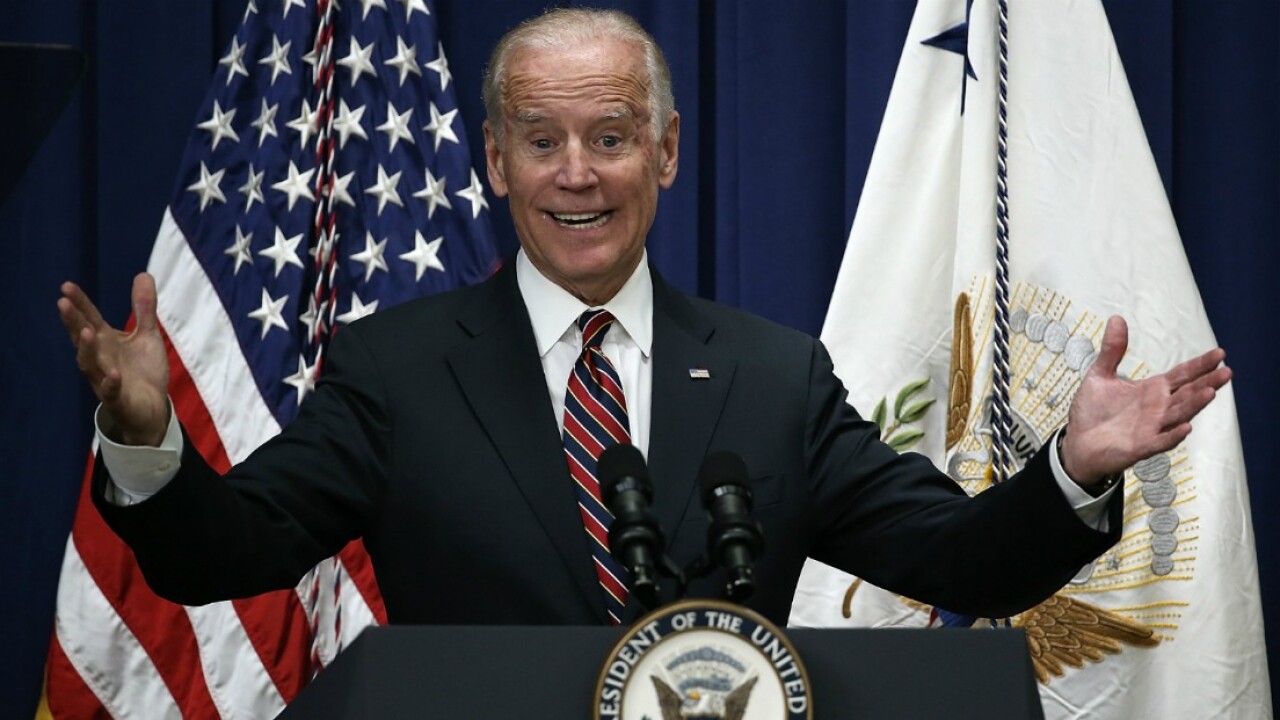 WASHINGTON — Politicians speak a lot, and they write a lot. But what happens when the words they speak and write aren’t their own?

1. Joe Biden, 1987: During the 1988 Presidential election, the then-presidential candidate was accused of mimicking a speech that British Labour Party Neil Kinnock delivered just four months prior.

I started thinking as I was coming over here, why is it that Joe Biden is the first in his family ever to go to a university? [Pointing to his wife in the audience:] Why is it that my wife who is sitting out there in the audience is the first in her family to ever go to college? Is it because our fathers and mothers were not bright? Is it because I’m the first Biden in a thousand generations to get a college and a graduate degree that I was smarter than the rest?

The vice president was forced to withdraw from the presidential race after Maureen Dowd of the New York Times exposed his plagiarized speech. Allegations followed that Biden lifted parts of other speeches from Hubert Humphrey, Robert Kennedy, and JFK.

U.S. Vice President Joe Biden speaks at a White House summit on climate change October 19, 2015 in Washington, DC. Biden remains at the center of rumors regarding a potential campaign for the U.S. presidency. (Photo by Win McNamee/Getty Images)

2. Russian President Vladimir Putin, 2006: Researchers from the Brookings Institute accused Putin of plagiarizing his economics dissertation, stealing 16 out of 20 pages from a paper published by the University of Pittsburgh 20 years earlier.

“It all boils down to plagiarism,” Brookings Institution’s Clifford G. Gaddy said at the time. “Whether you’re talking about a college-level term paper, not to mention a formal dissertation, there’s no question in my mind that this would be plagiarism.”

Russian President Vladimir Putin appeared in public Monday March 16, 2015 for the first time in about 10 days, as he met with the Kyrgyz President in the Russian city of St. Petersburg. Putin’s unexplained absence from the public eye had sparked speculation over his health.

3. White House Aide Timothy Goeglein, 2008: The senior White House official resigned after he admitted copying large sections of an essay he wrote for a newspaper in Fort Wayne, Indiana.

Goeglein wrote a weekly column for The News-Sentinel. Nancy Nall, a former columnist, discovered the matching paragraphs and revealed them online.

4. German Defense Secretary Karl Theodor zu Guttenberg, 2011: Defense Secretary Karl Theodor zu Guttenberg resigned amidst a scandal involving alleged plagiarism in his doctoral dissertation. Although he denied the accusations, the University of Bayreuth revoked his doctorate title. Guttenberg had been considered a rising star in Merkel’s government, but his political career expired with his diploma.

Guttenberg received widespread public criticism. He was nicknamed “Baron zu Googleberg,” the “minister for cut-and-paste,” for borrowing extensively from the Web.

5. Hungarian President Pal Schmitt, 2012: Schmitt, a former Olympic fencing champion, wrote his dissertation in 1992 for the University of Physical Education, which is now part of Semmelweis University in Budapest.

In January 2012, the Hungarian HVG weekly reported that a large part of Schmitt’s dissertation was copied, and a university investigation also found that large parts of it were plagiarized. A committee found that more than 200 pages of the 215-page document showed “partial similarity” to other works or were direct translations. The university stripped the president of his doctorate, and he announced his resignation to the Hungarian Parliament on April 2, 2012.

6. Romanian Prime Minister Victor Ponta 2012: Romania’s government became the object of international criticism after Ponta was accused of plagiarizing his doctoral thesis. Ponta dismissed the accusation as a political attack from President Traian Basescu. In 2014, he handed back his doctorate after a panel of Bucharest University academics ruled that he had plagiarized much of his 2003 Ph.D. thesis on the International Criminal Court.

7. Senator Rand Paul, 2013: Paul has been the subject of several plagiarism scandals — surrounding both his speeches and his book. The first was highlighted when MSNBC’s Rachel Maddow pointed out that a speech he made in 2013 was lifted directly from the Wikipedia page of the film “Gattaca”. BuzzFeed also reported that he did the same in another speech, pick pocketing from “Stand and Deliver.” They went on to report that Paul’s book “Government Bullies” was heavily plagiarized without attribution. The website pointed at passages from Forbes, the Cato Institute, and the Heritage Foundation.

Paul admitted that he didn’t attribute the information properly, but not before he said he was “targeted by a bunch of hacks and haters.”

8. German Education Minister Annette Schavan, 2013: The University of Dusseldorf stripped Schavan of her Ph.D. after a blogger caught the plagiarism and spent months vigilantly presenting the evidence to the public.

The blog “schavanplag” (for “Schavan” and “plagiarism”) compared passages of Schavan’s 1980 dissertation with sections of written works by other authors — in multiple instances they matched word for word, or nearly. The blog alleges Schavan did not properly source her work and claimed others’ work as her own.

The board of the department that awarded her the degree said that there were too many borrowed passages in her dissertation entitled: “People and Conscience — studies on the foundations, necessity and challenges in forming a conscience in our time.”

The board found that she had “systematically and deliberately laid claim to intellectual achievements, which she in reality did not produce herself.”

9. Senator John Walsh, 2014: The Montana Senator was thrown into a plagiarism scandal regarding his master’s thesis for the Army War College. Three quarters of the 20-page document, titled “The Case for Democracy as a Long-Term National Strategy” was found to be plagiarized, the New York Times first reported. The scandal that ensued forced the Senator to withdraw from his reelection campaign.

10. Republican presidential candidate Ben Carson, 2015: BuzzFeed News broke the story that Carson had lifted material from a number of books and online sources for his 2012 book “America the Beautiful.” They revealed that several sections of the book were lifted from a variety of online articles, a CBS News article, and a website titled SocialismSucks.net.

“I attempted to appropriately cite and acknowledge all sources in America the Beautiful, but inadvertently missed some. I apologize, and I am working with my editors to rectify the situation,” Carson said in a statement his representative, Armstrong Williams, provided to CNN.