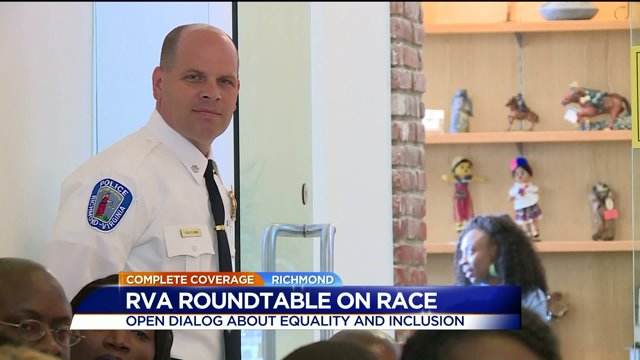 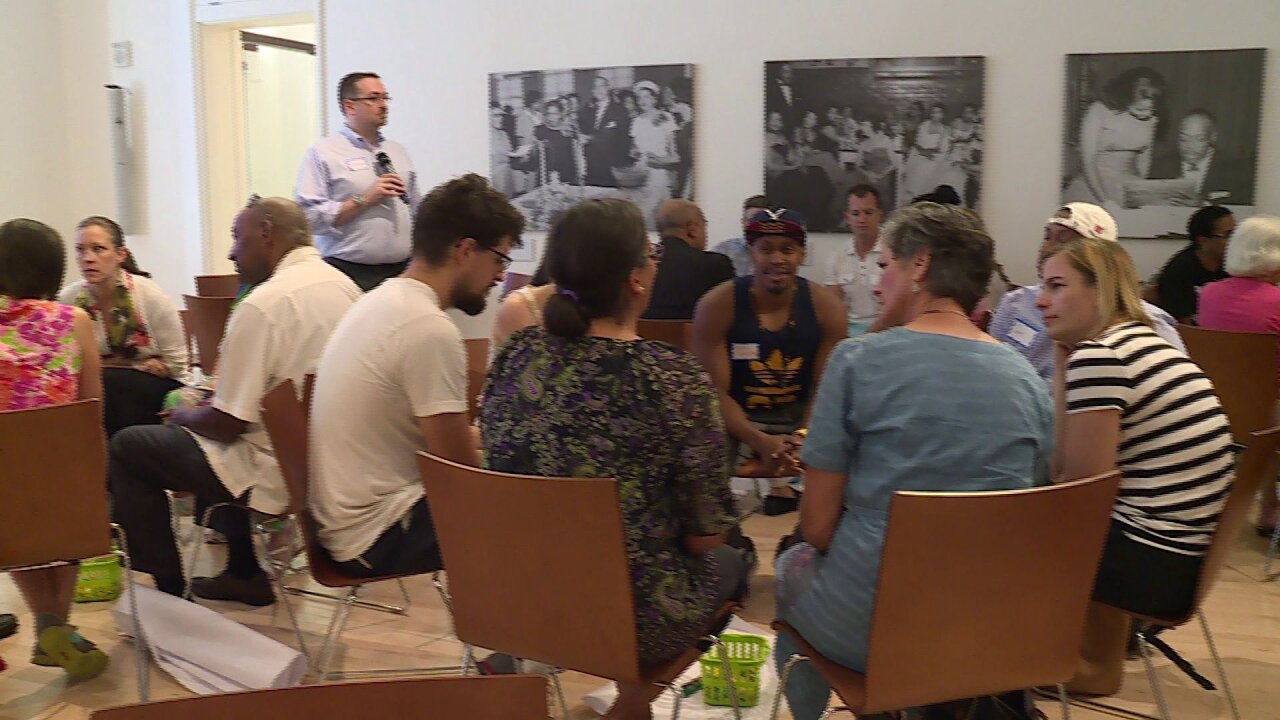 RICHMOND, Va. -- The tragedy in Baton Rouge happened the same day a group of Richmonders of diverse backgrounds met to talk about race relations in 2016.

The event at the Black History Museum and Cultural Center of Virginia was scheduled before Sunday's horrific police shooting, but organizers said the lessons learned are all the more important after another day of violence in America.

The people gathered at the historic armory building came together not to solve the world's problems, but to better understand each other.

The conversation was moderated by the Virginia Center for Inclusive Communities, but driven by personal stories.

Duron Chavis said he was 15-years old when he was detained for loitering at a Richmond park.

"He yoked me up, snatched me, threw me in the police lock," Chavis remembered.

That was his first experience with the police.

"But yeah, he took me home to my mom in handcuffs. My mom, as soon as she saw it, just broke down and starting crying,” Chavis said.

Richmond Police Commander Jody Blackwell said the department trains officers from the beginning to think about and eliminate bias.

"It's sort of not fair to law enforcement to clump us all in one circle.  It's not,” Blackwell said. “I'm telling ya, this is a time where communities need to come together in law enforcement."

One Midlothian mom said she wanted to raise her kids to be inclusive, but that they were growing up in neighborhood that lacked diversity.

“I don't know how to be better, which is exactly why am here because I want to be better. I want to learn the right way to have the right kinds of conversations,” she said.

Over the course of two hours, small groups came up with ideas on how our country could improve race relations.

“More than liking a post on social media or tweeting something, this is really about relationships," Zur said. "And only through relationships can people have a sense of empathy that works toward justice."