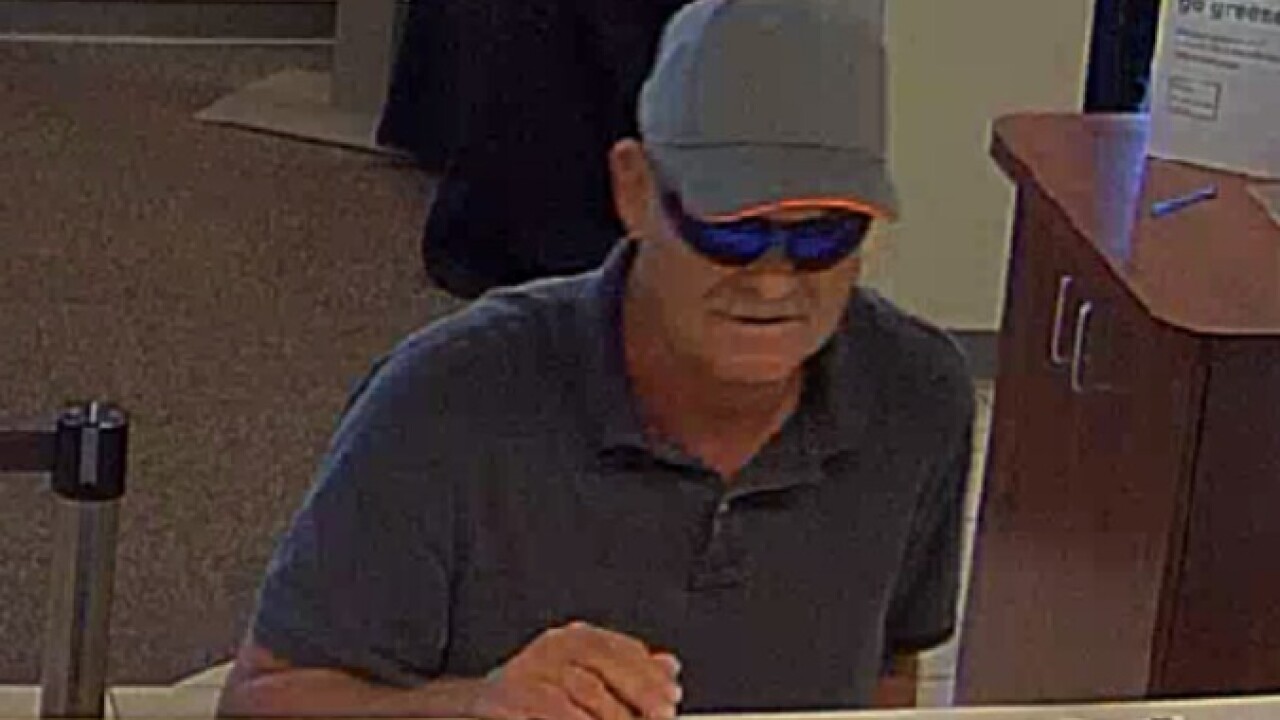 HENRICO COUNTY, Va. — Police are asking for the public’s help to identify and locate a man wanted in a Wells Fargo bank robbery Friday afternoon.

At approximately 4:00 p.m., Henrico Police responded to the bank in 2400 block of Staples Mill Road for a commercial robbery.

A victim reported that an older man entered the business, approached the counter, and demanded cash. The victim complied and the suspect fled the business on foot. 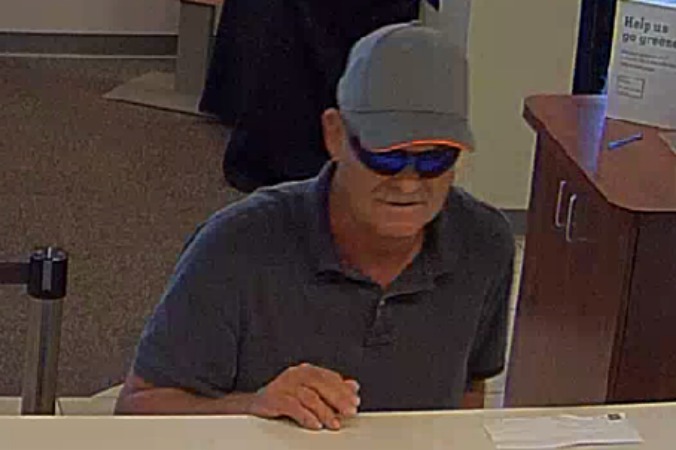 No one was injured during the robbery.

The suspect is described as a white male, between 50 and 60 years of age, and approximately 5’ 8” to 6’ in height. He was seen wearing a gray shirt, gray hat and sun glasses.