Not a suspect: Dallas police criticized for tweeting his picture 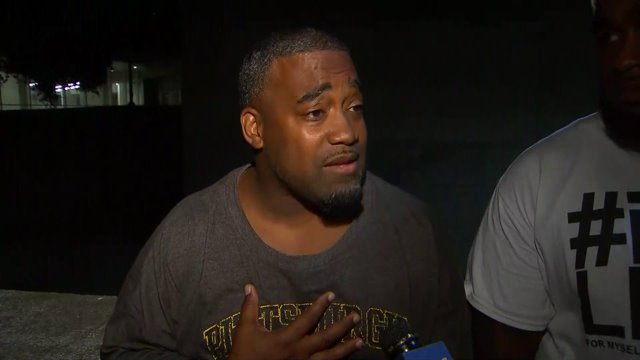 DALLAS - In the midst of Thursday night's horror in Dallas, police tweeted out a photo of a 'suspect' who turned out to be innocent.

Mark Hughes turned himself in after learning the photo of him holding a rifle was circulating on social media and on national television.

He was later released.

This is one of our suspects. Please help us find him! pic.twitter.com/Na5T8ZxSz6

Video shows Hughes handing over his rifle to an officer and accepting a business card from him.

here's the 'blamed suspect', mark hughes handing his gun to the officer, he is NOT the shooter, please share #Dallas pic.twitter.com/htKTHc6esu

"We received a phone call that my face was on there as a suspect and immediately I flagged down a police officer," he later said in an interview.

Many took to Twitter to question why he was identified as a suspect, and why his photo remained on the department's Twitter feed.

I hearing that @DallasPD has cleared Mark Hughes. They're tweeting other things, but not that. And his pic remains up as a suspect. #Dallas

Mark Hughes turned himself in after being called a suspect by media, while @DallasPD only called him a POI.
Why? Black men can't open carry

Hughes said he was held in a police interrogation room while officers "lied" and said they had video of him shooting a gun and witnesses who saw him shoot a gun.

"Now you all have my face on the national news. Are you all going to come out and say that this young man had nothing to do with it?" he asked.