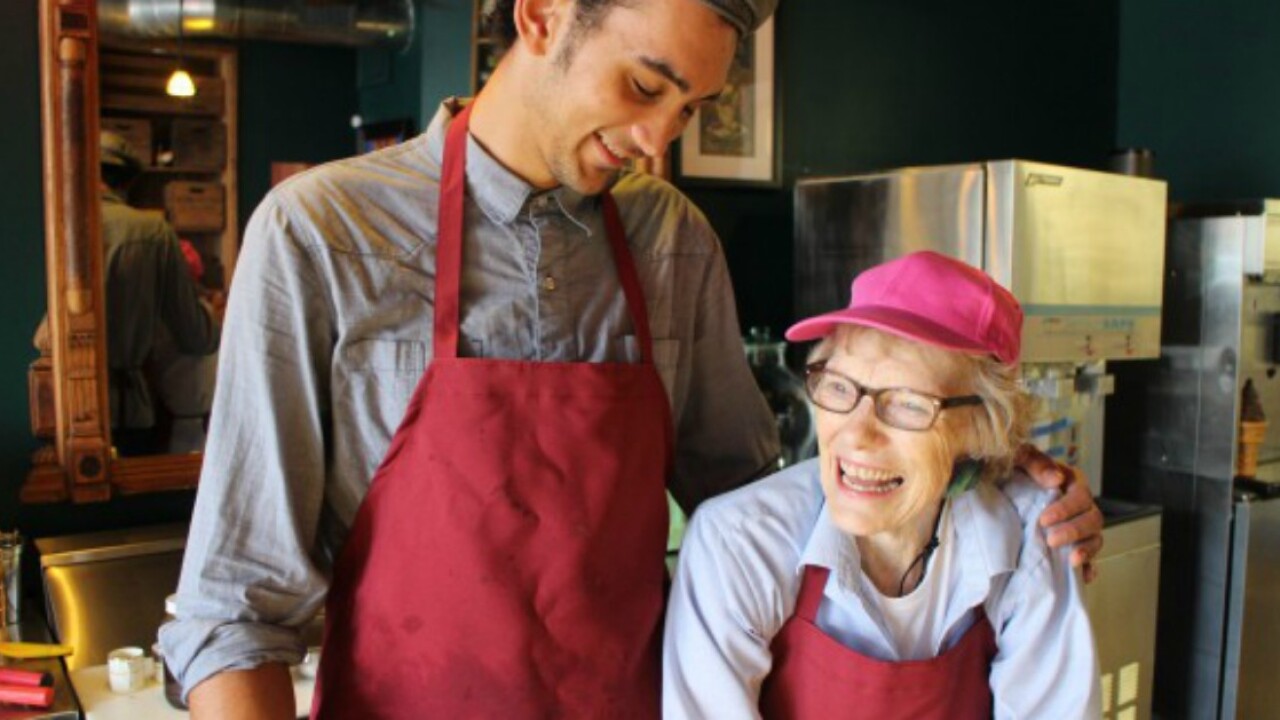 RICHMOND, Va. — Every day is a day down memory lane for Barbara Given.

Standing in the Stoplight Gelato Café, the 80-year-old former George Mason University professor often smiles when she talks about her two loves: her late son Bryce Given and gelato.

“It’s bittersweet because he was supposed to be here with me,” Barbara said as tears welled in her eyes. “This place is a celebration to him.”

After months of renovations, perfecting menu items and finalizing gelato recipes, Barbara is finally ready to open the cafe at 405 Brook Road in Jackson Ward.

The shop, staffed with eight workers, will serve house-made gelato and soft-serve ice cream, as well as breakfast and lunch items.

For the next few days, the shop is launching a “preopening opening” – an introduction to neighbors and surrounding businesses to get potential customers accustomed to their breakfast and lunch items, gelatos and sorbets. Permanent operating hours are pending.