Driver shot multiple times on I-64; search underway for suspect in SUV 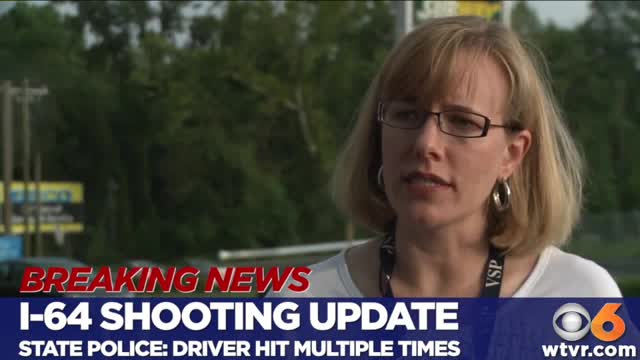 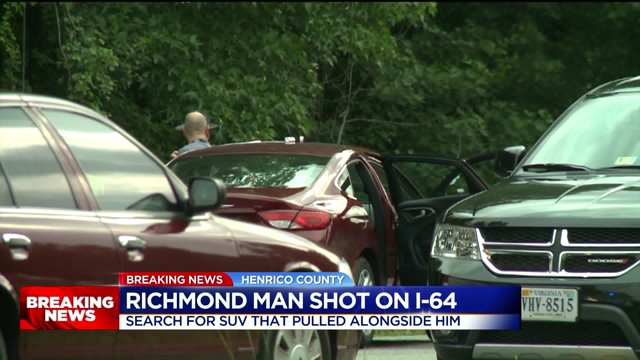 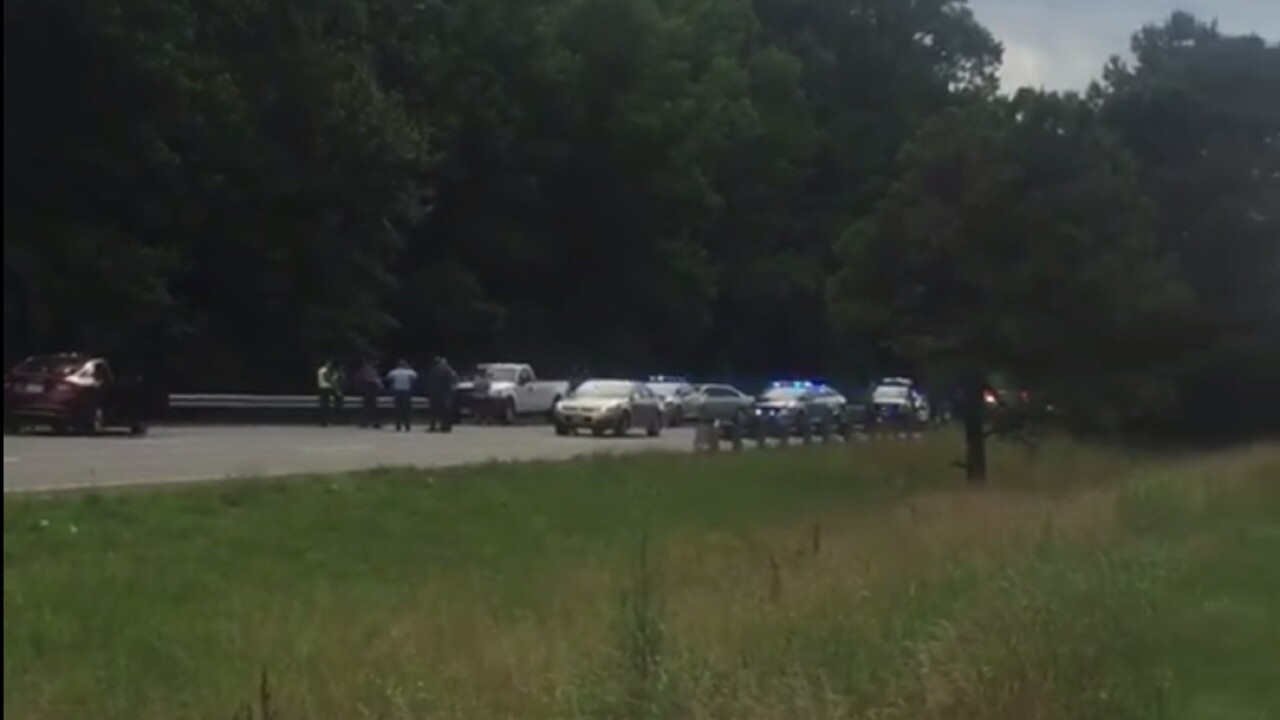 HENRICO COUNTY, Va. -- Authorities are searching for a suspect in an SUV after a driver was shot multiple times along I-64 east near Laburnum Avenue in eastern Henrico County Wednesday afternoon.

"I was out here cutting the mulberry tree when I heard seven shots at least,” Alfred Storey, who lives nearby. “I thought it was at my neighbor’s house, until I heard the tell-tale screeching and high speed braking."

Witnesses told troopers they saw the SUV speed up to a burgundy Chrysler sedan at a high rate of speed. That's when Geller said the suspect opened fire and the adult male driver, who was struck several times. His vehicle then spun out of control and hit the guard rail.

One of the troopers who arrived on the scene applied a tourniquet to the wounded driver, Geller said.

Police say the driver was hit multiple times, including, sources say, at least once in the chest.

The 38-year-old victim was transported to VCU Medical Center with life-threatening injuries, according to officials. Police are not releasing his name at this time.

State police have few details to go on since all witnesses could say was that the shooter was driving a small, light-colored SUV. As a result, state police are urging anyone with information to call authorities immediately.

Geller said investigators believe this is an isolated incident, since no other vehicles were struck and the driver sped away from the scene.

At this point in their investigation police believe the vehicle was targeted, but that information has not been confirmed at this time.

Officials said they are not sure if the suspect exited the interstate at the Laburnum Avenue exit or kept going down I-64 east.

The incident closed all lanes of the interstate near Laburnum Avenue (mile marker 195) for several hours. Traffic wasbeing diverted off I-64 at Nine Mile Road.

If you have information -- or may have witnessed this incident -- call Virginia State Police on a cell phone at #77 or 804-553-3445 or by email at questions@vsp.virginia.gov or call Henrico County Police at 911.

Stay with WTVR.com and watch CBS 6 News for complete coverage of this developing story. Anyone with more information can submit a news tip here.

Please RT! Police searching for suspect after driver shot on I-64 in Henrico County https://t.co/PNYLCl1ixk pic.twitter.com/CxQqC6Qmgb 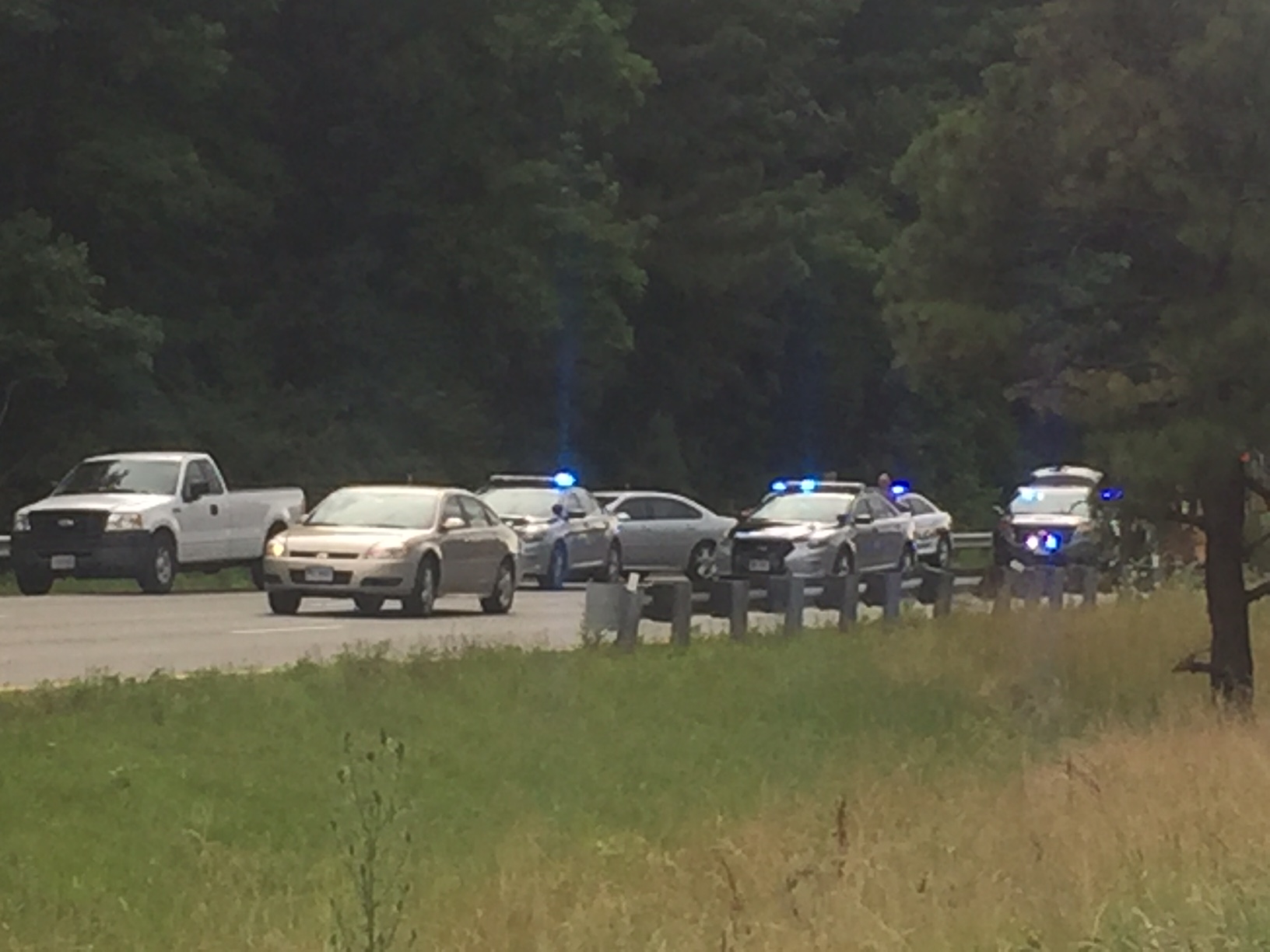