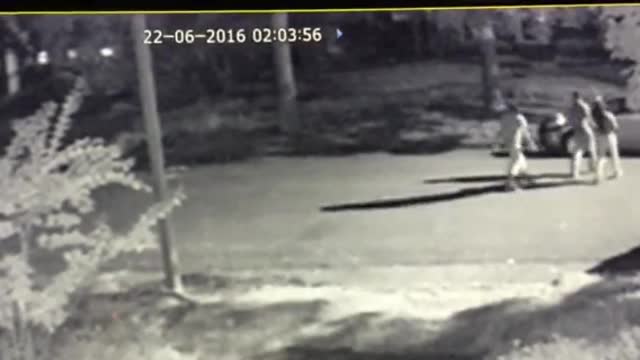 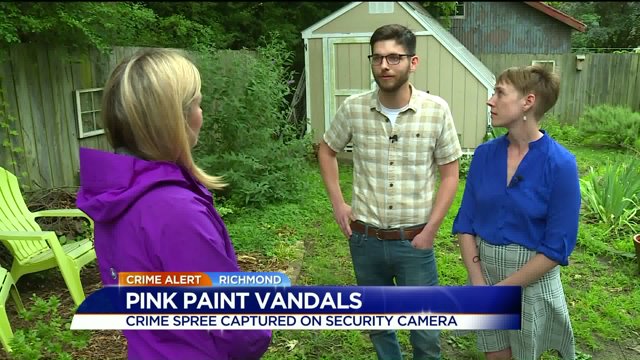 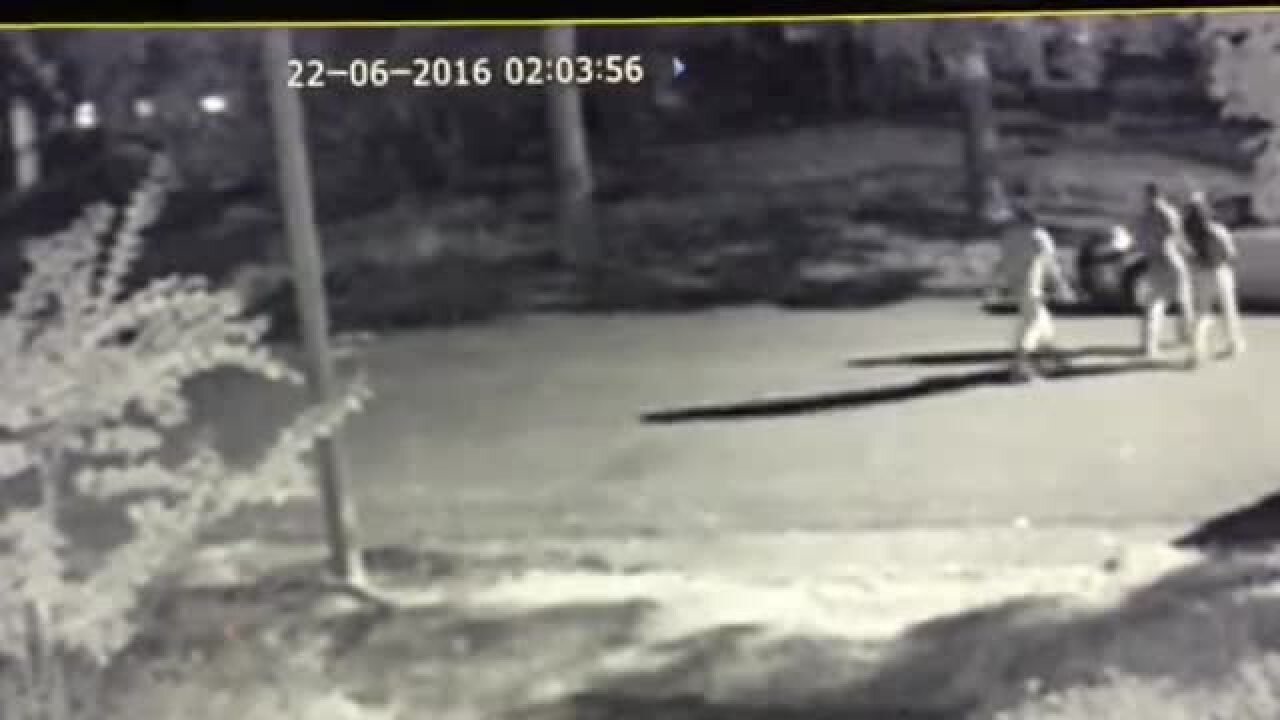 Richmond Police detectives released video of the suspects who vandalized several vehicles in the Forest Hill neighborhood earlier this week.

Ten vehicles and the front door of a home were damaged by the spray paint on West 43rd and West 46th streets. The crimes happened early in the morning, Wednesday, June 22.

Two males and a female can be seen in the video walking in the street and approaching a vehicle.

The male in the rear of the group appears to be holding a can of spray paint.

Richmond Police have the video of the suspects thanks to a home security camera.

“Checked it again and noticed someone on there at two in the morning scoping out my neighbors car a little bit,” Jan Uecker said.

One year ago, someone stole Maggie Waugh-Uecker’s car right out of her Forest Hill driveway.

That is when she and her husband, Jan, decided to buy some home security cameras.

“I spent like under 300 dollars, installed it in an afternoon,” Uecker said.

For the most part, they use the cameras for pretty routine purposes.

“Most of the time it’s just for checking if the UPS man has dropped off our packages or seeing what the dog is up to in the backyard,” Uecker said.

But, twice now, their cameras captured criminals in the act.

“The more people in our neighborhood put up some cameras and also when something does happen they can also help the police out,” Uecker said.

Digital Forensic Expert Patrick Siewert said home security cameras are a great idea, and he even has some on his own home.

But, he recommends doing your homework before buying them because some cameras can easily be hacked into.

He also said you need to make sure you’re not violating your neighbors’ privacy.

“Everything out on the street out in the open, but at the same time you’ve got to be careful as to where you may incidentally be peering into that isn’t necessarily in the public domain,” Siewert said.

The crimes will be costly

One vehicle was even broken into and spray painted on the inside, neighbors reported.

“Kind of hinting toward don’t get in the back of a van like kind of a rape-y vibe…so there was a rapist joke on there, which isn’t very funny,” Griffen said.

A body shop told him it will cost $600 to remove the paint. Thankfully, his work will cover it.

“It’s incredibly annoying. It will be expensive,” Ernst said.

Ernst said he’s not confident the vandals will be caught.

“I don’t know if there is much hope to track down someone that would undertake this kind of act,” Ernst said.

Richmond Police said damage of $1,000 or more can result in felony charges.

Detectives ask anyone with any information about the identity of these vandals to call Third Precinct Officer Hawkins Ward  at (804) 646-1940 or Crime Stoppers at 780-1000. Citizens can also text Crime Stoppers at 274637, using the key word “ITip” followed by your tip. Both Crime Stoppers methods are anonymous.