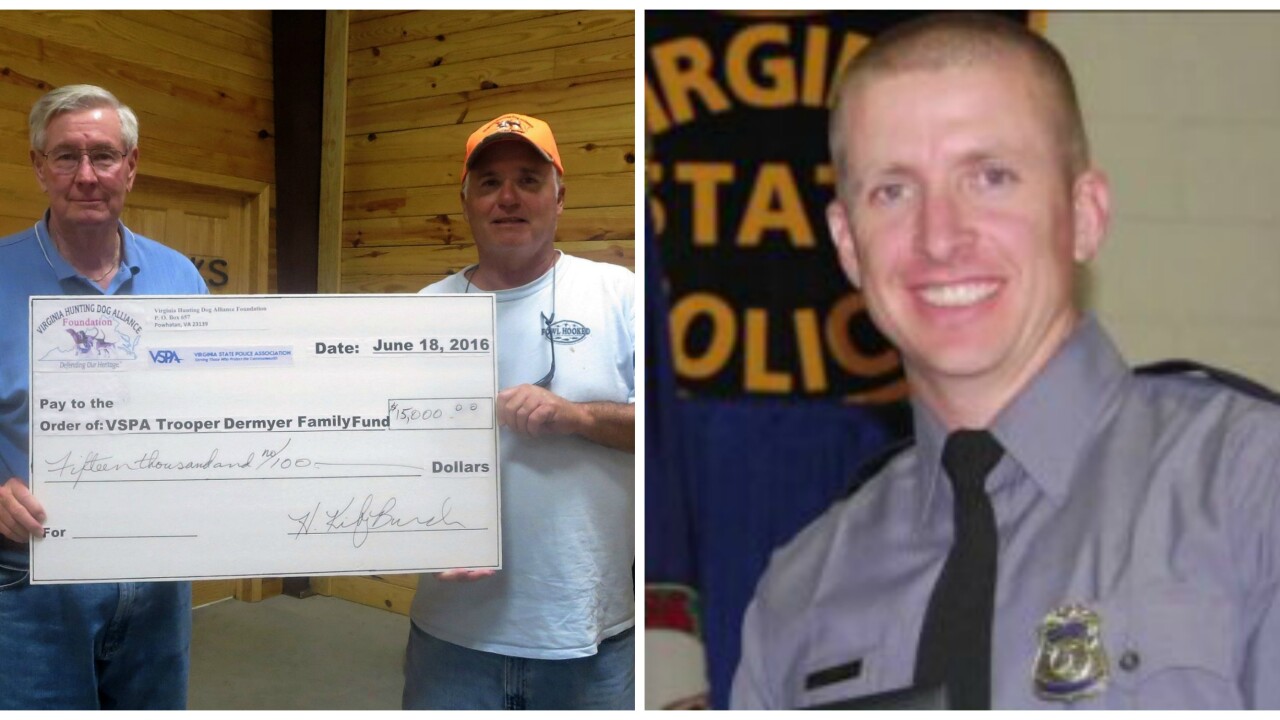 POWHATAN COUNTY, Va. – This past weekend more than $20,000 was raised by families from across Southside Virginia to honor the memory of Virginia State Trooper Chad Dermyer.

The Virginia Hunting Dog Alliance (VaHDA) Foundation hosted a series of events which included an auction of donated items, a Barbeque lunch, and a field trial where dog hunters could show their skills.

The proceeds from the events went to the Virginia State Police Association for the VSPA Trooper Dermyer Family Fund. 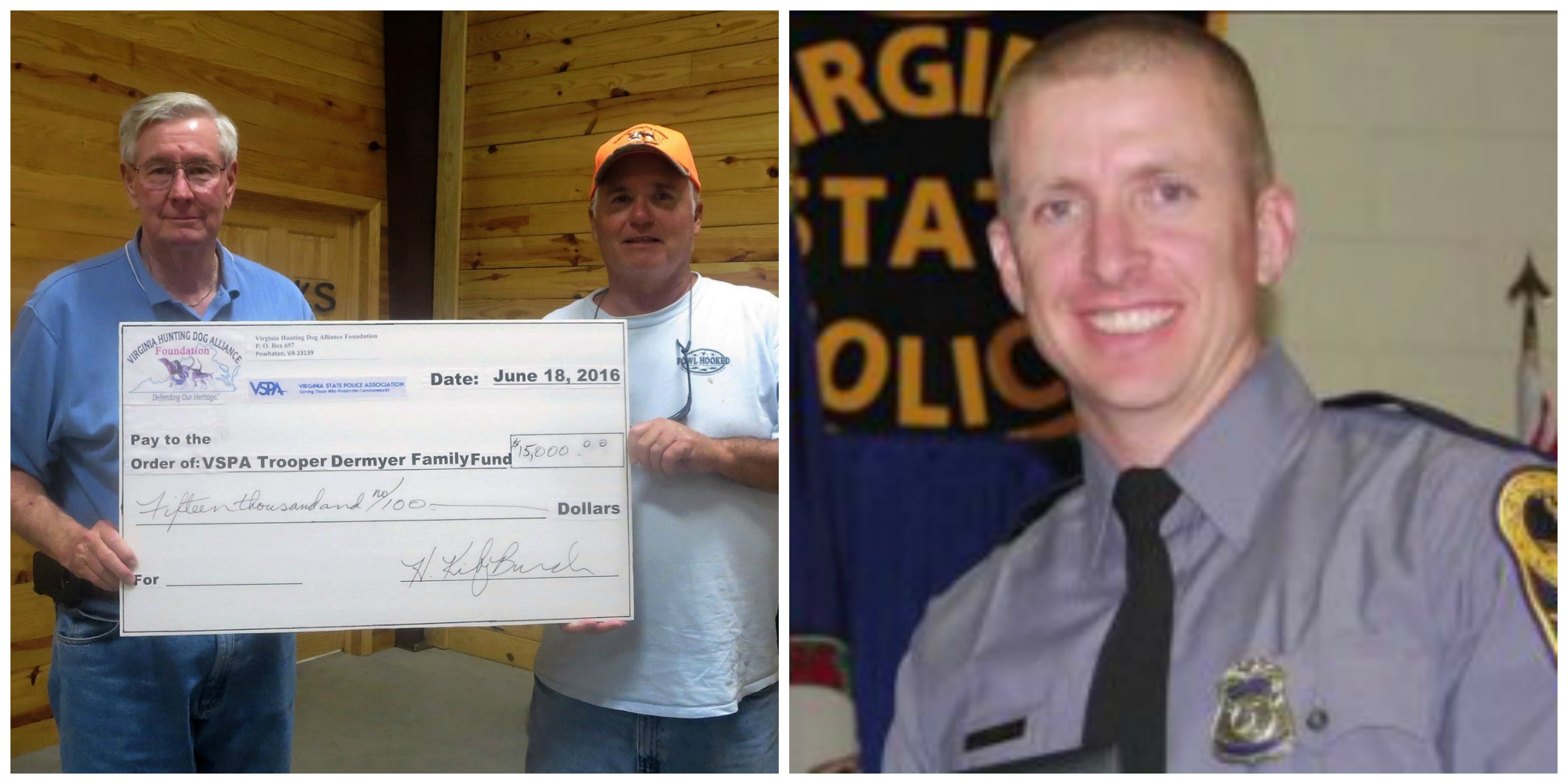 Virginia State Trooper Chad Dermyer was shot in the line of duty during a training exercise at the Richmond Greyhound bus station on March 31, 2016. He later died at VCU Medical Center from the injuries he sustained.

“We would like to thank everyone who came out to honor Chad’s service and to help support his family,” said Kirby Burch, President of the VaHDA Foundation.

“I would also like to thank our hosts at the Reedy Creek Hunt Club and VaHDA members form chapters across the commonwealth for all the hard work which made this possible.”