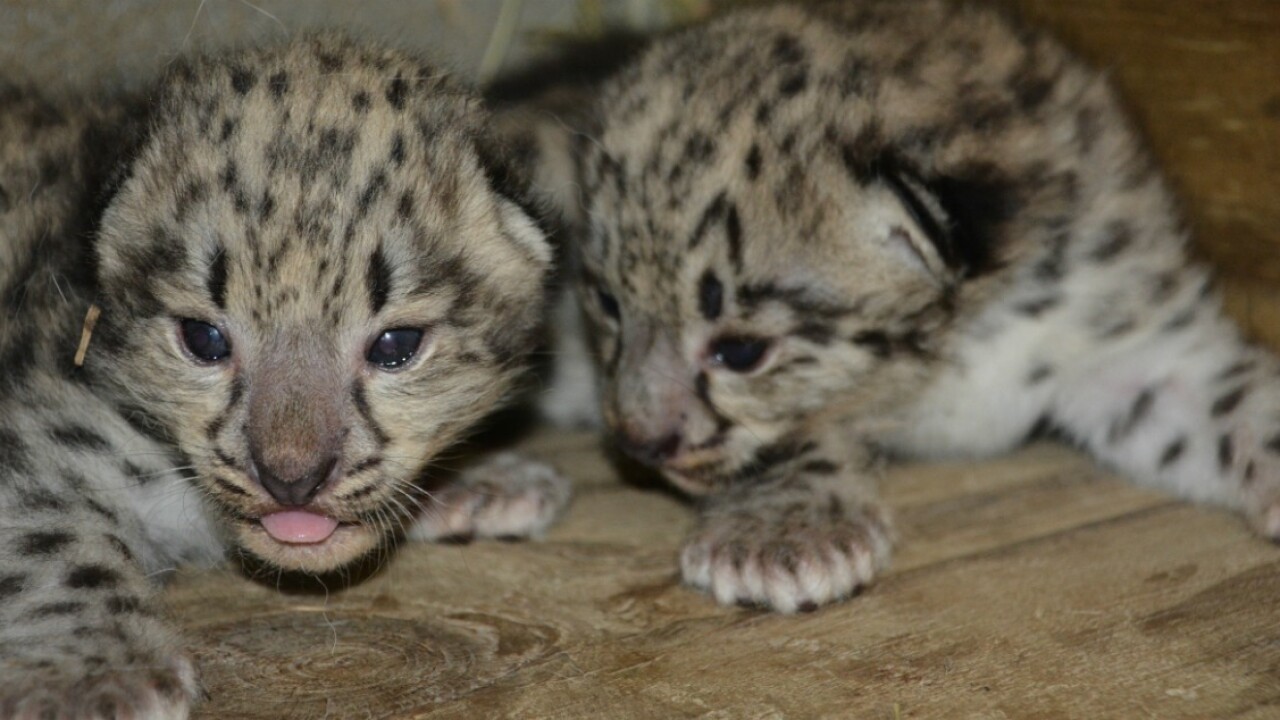 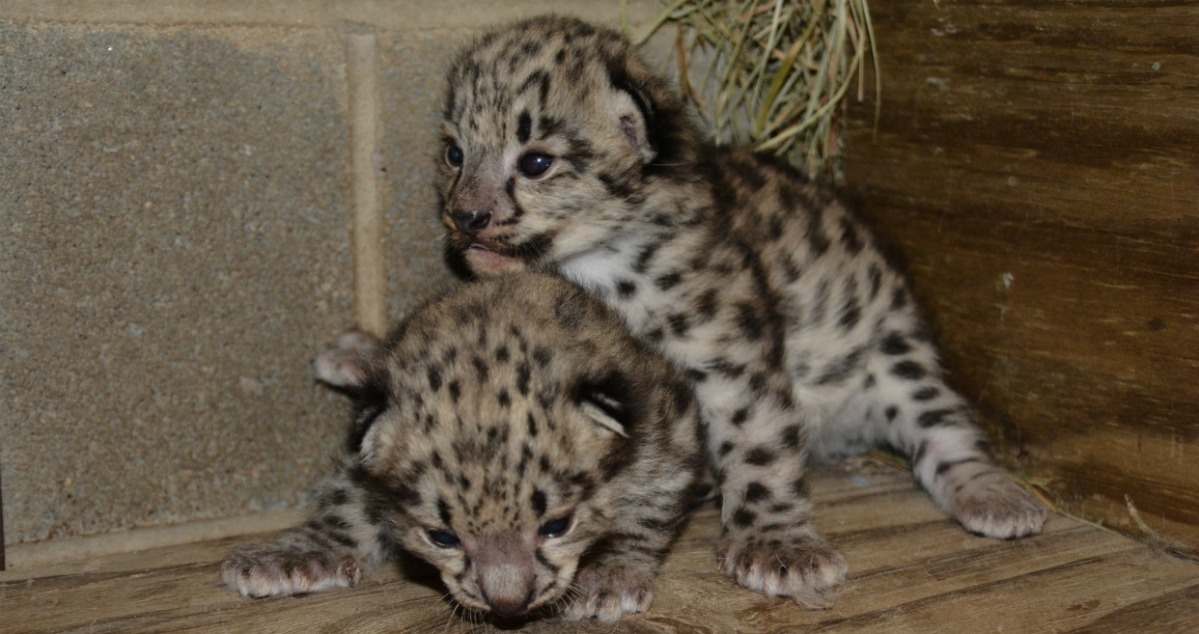 “The cubs are currently off exhibit in their private den with mom while they are developing their initial motor skills and strength,”  zoo director Jim Andelin said.  “Our plan is to let the cubs out on exhibit once they are strong enough to follow mom outside. In the wild, snow leopard cubs don’t venture out of their den until they are two to four months old.

The snow leopard cubs, one male and one female, were born May 24 to parents Elsa and Nitro. The cubs have not yet been named.

“Snow leopards are considered an endangered species, with only an estimated 3,000-6,000 snow leopards left in the world,”  Andelin said. “Snow Leopards are nicknamed the ‘ghosts of the mountains’ by natives [of Central and South Asia] because of their elusiveness, this could also be due in large part to the fact that they’re crepuscular animals, meaning that they are most active during dawn and dusk.”