The changing politics of gun control 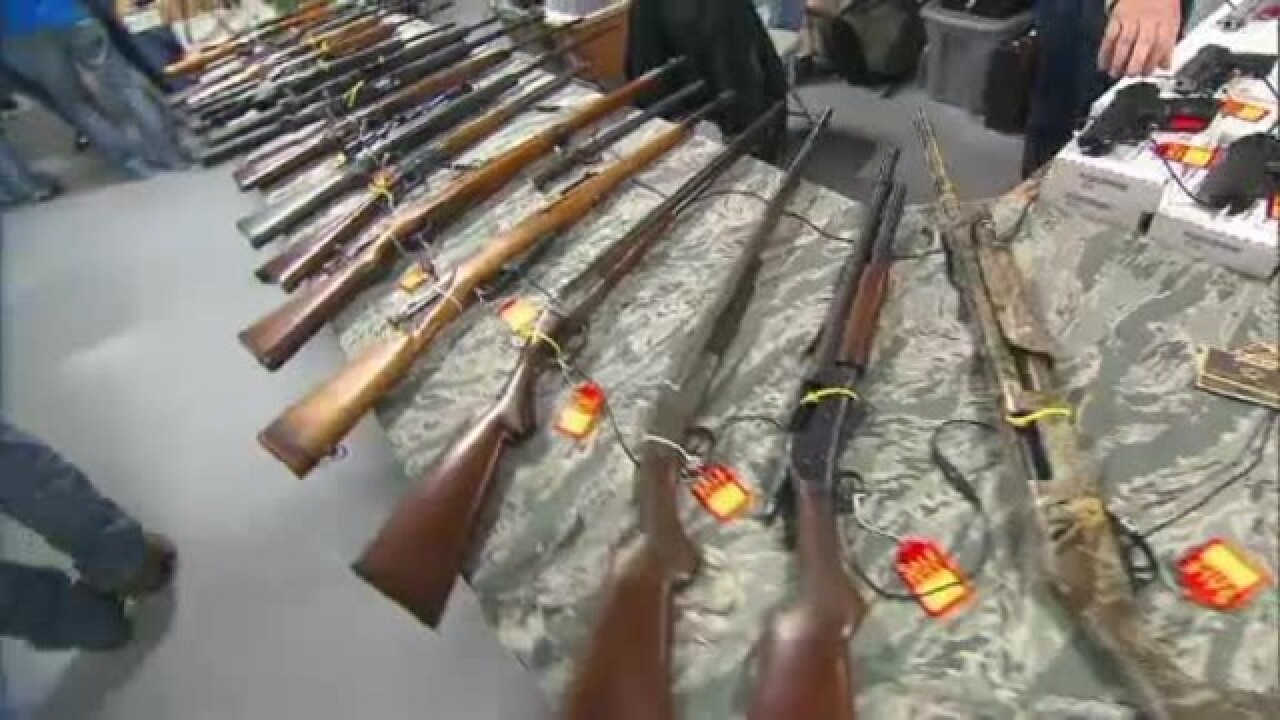 WASHINGTON — Lawmakers on Capitol Hill will likely find themselves in a familiar spot next week in the bitter gun control debate — stalemate.

But the congressional paralysis in the aftermath of the Orlando nightclub shooting that killed 49 people masks a significant shift underway in the politics of the gun debate that will reverberate on the campaign trail and in the new administration that will take office next year.

Democrats, long worried about protecting conservative lawmakers and being viewed as soft on crime, have reversed course and now see an electoral advantage in moving to the left on guns. During the Democratic primary, for instance, Hillary Clinton routinely criticized Bernie Sanders for siding with the National Rifle Association, leading the Vermont senator to modify some of his positions.

And in a break with his party, presumptive GOP nominee Donald Trump has scrambled the right-left divide with an apparent openness to some new gun measures directly aimed at terror suspects.

President Barack Obama, who visited with the families of the Orlando victims on Thursday afternoon, has said the failure of gun control legislation is among his biggest frustrations. He has wiped away tears in the East Room as he talked about dead kindergartners and sang Amazing Grace during the eulogy of a minister killed in church.

A filibuster this week from Sen. Chris Murphy, a Connecticut Democrat, forced a vote on a series of amendments that will take place as early as Monday. A bill favored by Democrats would prevent people on the FBI’s terror watch list from purchasing guns — a similar bill stalled last year in the wake of the San Bernardino shooting that left nine people dead.

A Republican measure would give federal prosecutors three days to try and prevent someone on the list from purchasing a firearm.

According to Gallup, 71% of Americans think banning gun sales to people on the “no fly” list would be effective way to combat terrorism. A majority of Americans also think that passing new laws to make it harder to buy assault-style weapons would also be effective.

“This issue has come to a tipping point over the last year, we have seen the American people engage and push back on this issue in a way we haven’t seen before,” said Brendan Kelly, a spokesman for the Brady Campaign to Prevent Gun Violence. “This is a center stage issue now when it used to be a third rail issue.”

For years, those losses made Democrats reluctant to go up against the NRA, particularly in rural districts. Trump, for instance, has wrongly suggested that Clinton, who backs a bill that would leave gun manufacturers open to lawsuits, would “abolish the second amendment” if she won the White House.

But now he is seen as a strange bedfellow and potential ally in Democrat’s gun control play.

“I think it’s to our advantage to have the weekend to bring a fury of advocacy down on Republican offices, at least before the terror gap bill,” said Murphy, who led a 15-hour filibuster that forced Republicans to bring gun amendments to a vote. “Donald Trump, is going to help our cause by his utter confusion around this issue. And I think more time is to our benefit.”

While at the federal level, gun control bills have stalled, state legislatures across the country have backed laws restricting gun purchases.

California lawmakers are pushing a raft of new gun measures in the wake of the San Bernardino shooting that left nine people dead. The bills would ban the possession of high capacity magazine clips and further restrict the sale of assault-style weapons.

Come November, voters in Nevada and Maine will decide on whether to expand background check joining six other states that have done so since the shooting at Sandy Hook Elementary School.

But just as gun control advocates count victories, the gun lobby has seen an expansion of gun rights in states across the country as well. In Nevada, it is now easier for the NRA and other groups to sue local governments over regulating firearms. And in Wisconsin, the state’s 48-waiting period on handgun purchases was repealed in 2015. North Carolina and Michigan have seen a similar easing in gun restrictions.

Obama, who has visited 10 different cities that witnessed mass shootings, sounded weary and hopeful as he addressed the political divide.