Meet The Motor Maids, one of the oldest biker groups 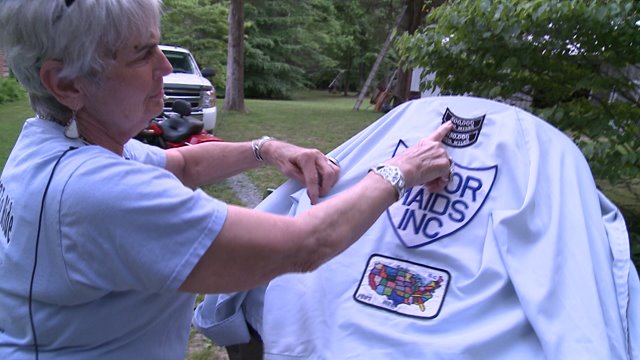 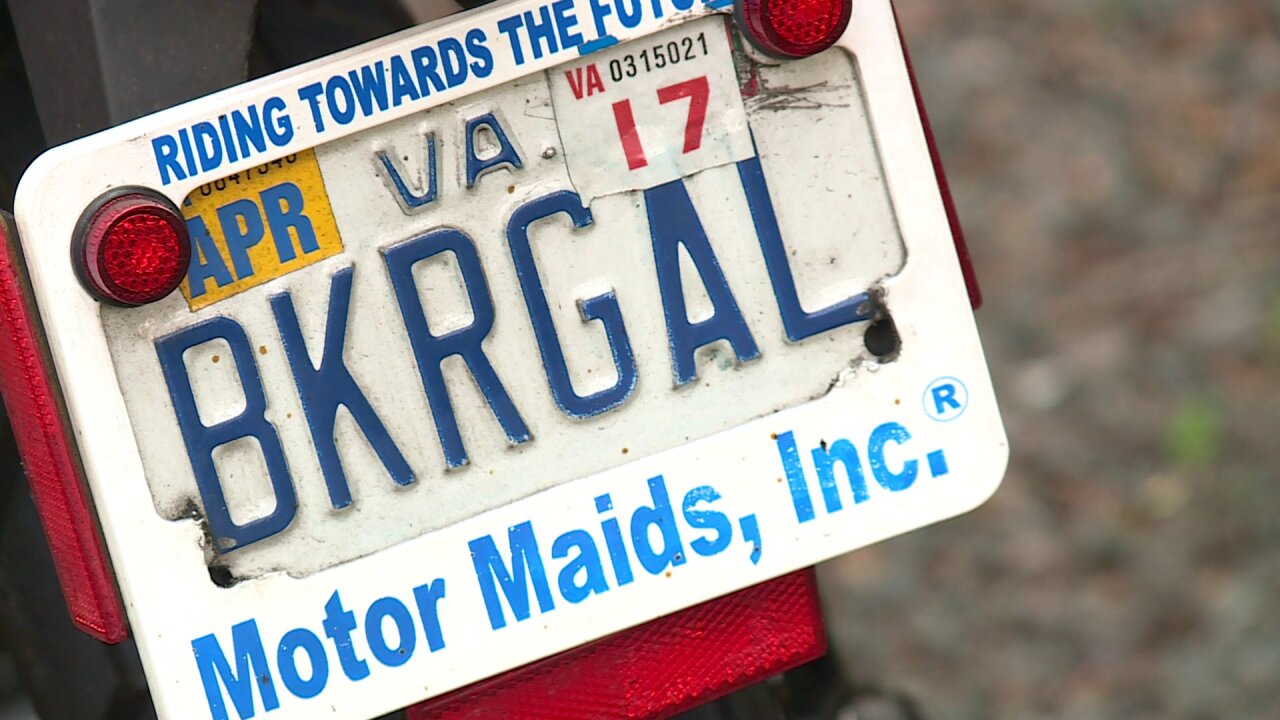 RICHMOND, Va. -- When you think of old-time motorcycle clubs, what comes to mind?

Some might say the Hell's Angels, started in 1948 after World War II.

Even earlier, in 1946, the legendary Boozefighters started rolling in California.

How about the Motor Maids? They started in 1940, but without all the headlines and fear.

"We're not a motorcycle gang," said Richmond Motor Maid member Pamela Jewell. "We're not one of the 'one-percenters,' that's for sure!"

They are not the oldest club in the land. The Richmond Motorcycle Club, for instance, started 100 years ago.

But the Motor Maids are "the oldest ongoing women's motorcycle club" in the U.S., said former national vice-president Glennadine Goldman of Gum Springs.

"There were others before us in the '30s, but we can't find any of them anymore."

It was founded by the appropriately named Linda Dugeau (Do-go) of Rhode Island, a woman who loved riding and searched out others like herself.

This club has a proud, rich heritage, filled with faces and names of some real tough and cool characters, bonded by the love of two-wheel travel.

Yes, they have uniforms and patches and that look in their eyes that can only come with many motorcycle miles.

But many are, said the 74-year-old Glennadine, one of the toughest and most travelled. (She just recently got her 500,000 mile patch from the Harley Owner's Group.

And she just returned from a five-day, 2,000 mile ride to the Motor Maid museum in Iowa.)

That, friends, is hardcore.

Every year the club hands out trophies for the members who ride the farthest.

"One year, I just knew I was going to win in '08," Glennadine told me as she gave me a tour of her three Harleys, all of them except the new one with more than 100,000 miles on their clocks.

She burst out laughing at the memory.

That's basically 10 trips across country - in one year.

Plenty of motorcycle owners I know don't put that many miles on their machines in five or even 10 years.

Glennadine has ridden a half-million miles in 30 years. As a rider, I can tell you that is serious business.

Of course, many Motor Maids aren't that hard-core.

But it is a club that inspires you to go, Jewell said.

"I love being in the Motor Maids," Jewell said. "I have been places and done things riding with the Motor Maids that I would never have done in my lifetime, I don't think, had I not belonged to this organization." S

he listed several of her journeys, including a breathtaking ride through Idaho.

Even though all female riders are welcome, there are some tough standards of you want to ride with the Motor Maid colors on your back.

They are not, for the most part, fair-weather bikers.

"Motor Maids must ride their bikes to conventions," said Glennadine, who is something of a stickler for tradition. "If they trailer it (their bike) they are a guest. There's no trailering in our club."

No matter what the weather, rain or even snow, "you still ride."

That's a biker club, right there.