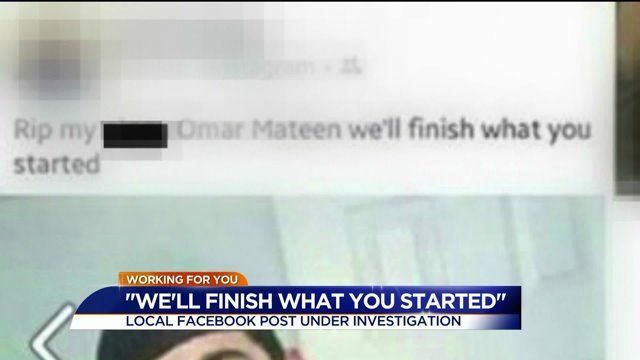 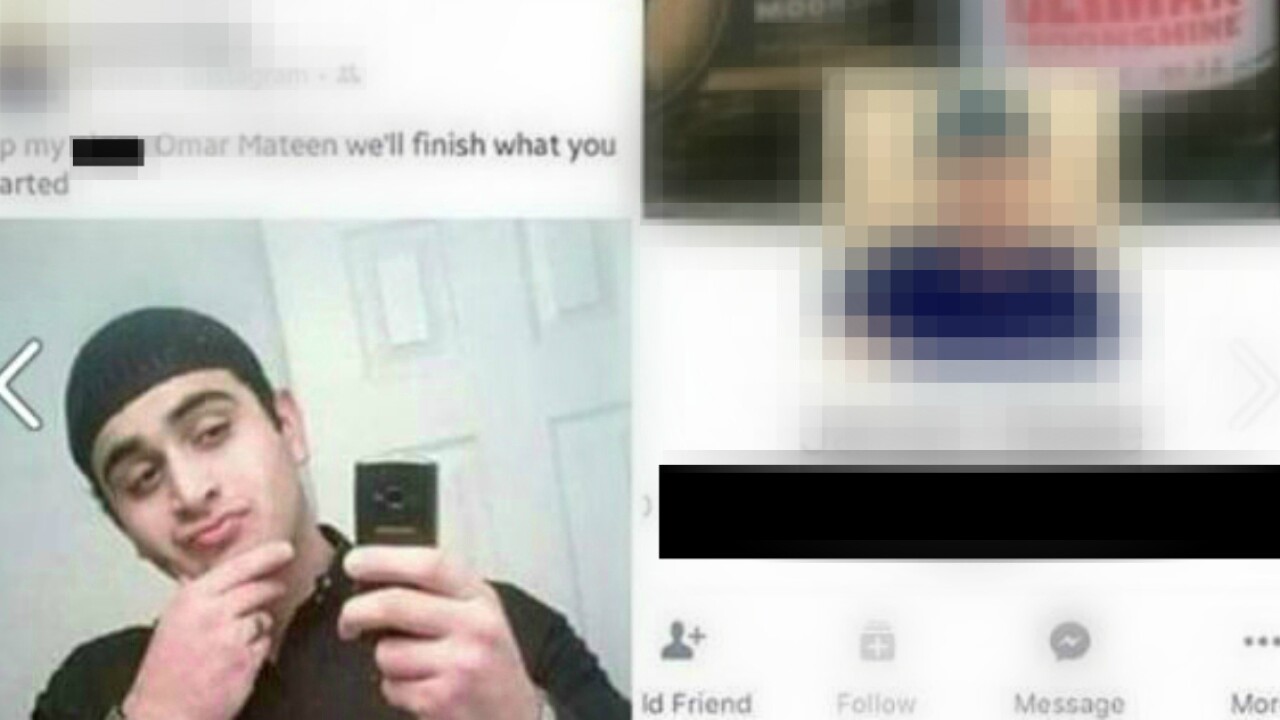 HALIFAX COUNTY, Va. -- A Facebook post in which someone threatened to "finish" what the Orlando mass shooter started is under investigation by the Halifax County Sheriff's Office, Virginia State Police and federal agents.

"Rip my n***** Omar Mateen," the post, which has since been deleted, began. "We'll finish what you started."

Mateen is the gunman who killed 49 people and injured more than 50 other people when he opened fire inside a gay bar in Orlando, Florida over the weekend.

"We began to receive several calls, from several different sources, who were concerned about the content of the post," Halifax Sheriff's Office Captain David Martin said. "My first thought was, let's get right on this and see what's going on."

He applauded those who took the time to make the sheriff's office aware of the post.

"We've seen several tragedies take place where, in hindsight, there were warning signs," he said. "You just can't help but wonder if something could have been done to prevent tragedy from happening had someone come forward with a concern."

UPDATE: Around 4:30pm Wednesday afternoon, the Halifax County Sheriff's Office posted on their Facebook page that the post "did not pose a credible threat to national security."  Deputies called the post "disrespectful and in poor taste," and added the incident is still under investigation.

"Due to the potential serious nature of this incident and threats of domestic and foreign terrorism across the country, these incidents will always be investigated thoroughly and referred to the proper authorities," the deputies wrote.

Law enforcement agencies across the country constantly monitor social media sites, but ramp up that monitoring after tragedies, social media experts said.  Dr. Marcus Messner, who teaches social media course at V.C.U., said it is important to talk to children as young as 13 about how they use their online accounts.

"It becomes more and more important to educate young people, to understand that they need to develop some literacy for social media usage, so that they're not destroying their future by a spontaneous post," Dr. Messner said.  " It's very important, especially for young people, to think about what they are posting and what the consequences can be. That gets more and more difficult as social media becomes more instantaneous."

Halifax County is about 120 miles southwest of Richmond.