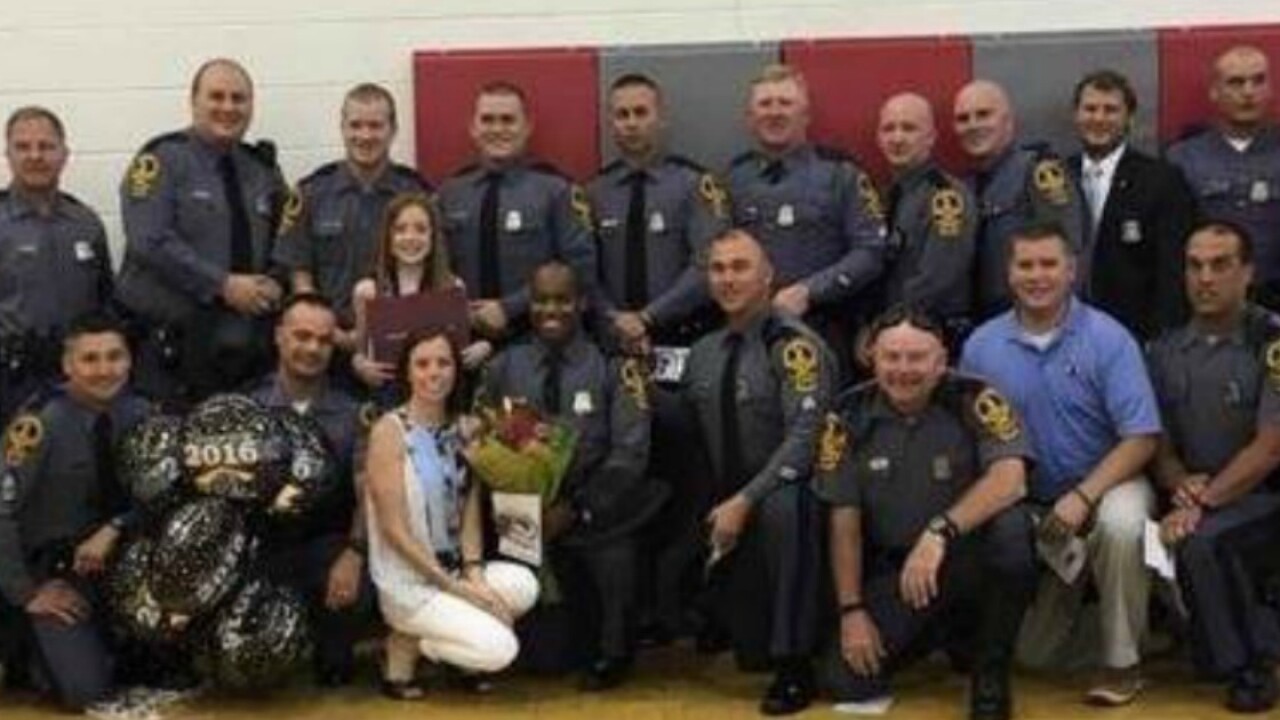 Page’s father, Trooper Dermyer, was shot and killed in the line of duty on March 31, by a man he approached during a training exercise at the Richmond Greyhound bus station.

Friends and colleagues have always remembered Dermyer as a charismatic and dedicated State Trooper that cared deeply about the community and his job.

Today they showed his daughter that “in times of test, family is best.”

They cheered loudly as Page crossed the stage, to let her know how much she and her father mean to them.

Page took a photo with over 20 officers who were there on her big day.

“Way to go, Page! Congratulations on not only graduating…but also for receiving the President’s Award for Academic Achievement, signed by President Obama,” was written, along with a posted picture, on the VSP Facebook page.

The community continues to rally for the family, whose lives were so violently and quickly changed.

The Virginia Beach radio station Z104 recently surprised Michelle Dermyer on Mother’s Day. The hosts presented Michelle with gifts that included a $1,000 shopping spree, a makeover, tickets and meet and greet passes to the Jason Aldean concert in Virginia Beach this summer, a trip to Miami to see Adele perform in concert, among other gifts.