‘Smiling from ear to ear:’ Child gets a new ear after vicious dog attack 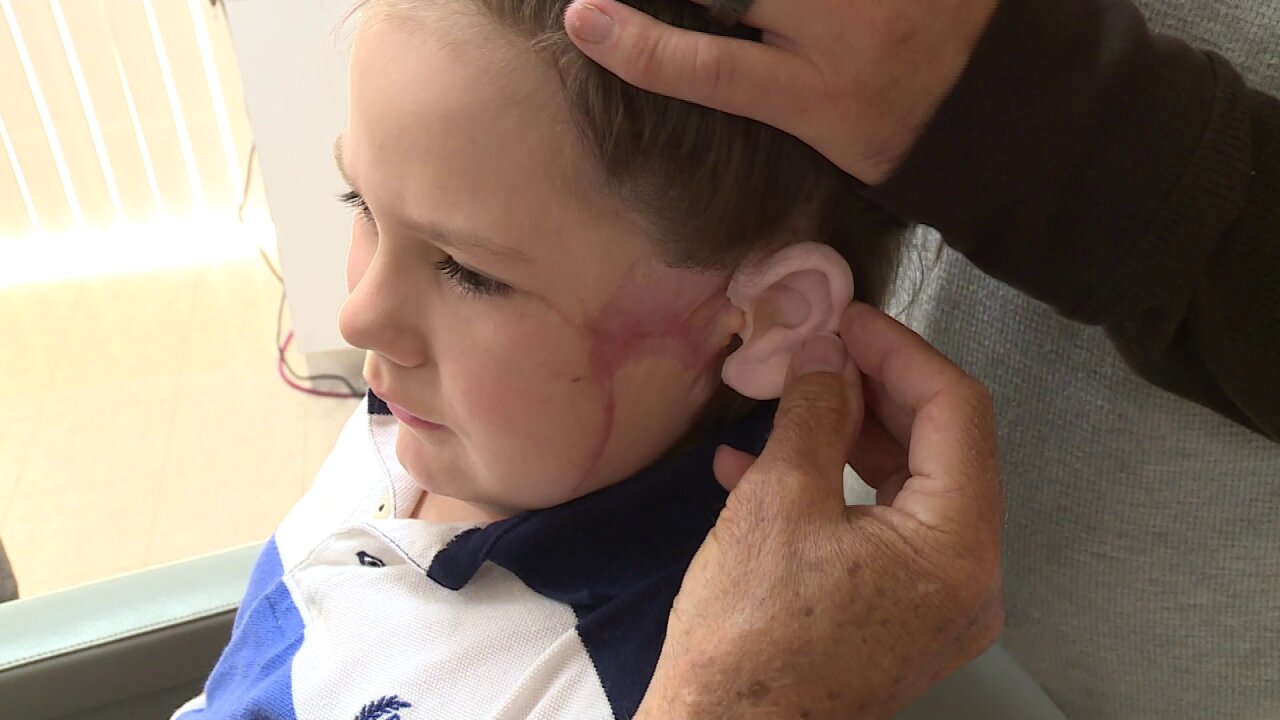 LOUISA COUNTY, Va. -- One year after a vicious dog attack left him with just one ear, a five-year-old Louisa County boy received a new ear.

Sean Fitz will no longer have to look back at his image in the mirror and be reminded daily about the trauma that got him to this day.

On May 24, 2015 Sean was attacked by his grandmother’s dog in her Louisa home.

Sean’s grandma went to check on him when he was taking awhile in the restroom.

She found him in a pool of blood and his face was unrecognizable.

"His face is eaten off," he continued. "You don’t understand it’s a huge bleed."

A year later, the memories of that horrific day are still very real.

"He just got me and just bit me and then he just bite my ear off," the child recalled.

"When I was in the CIA I mastered the technique of making silicone look like skin," Barron said.

With Barron's help, the physical scars from that day disappeared.

"He’s been dealt the wrong hand in life," Barron said. "The good Lord gave me a gift. He’s going through me to help those who need my services."

"In the agency you couldn’t say anything about how you made a difference in someone’s life or how you saved someone, but that was self satisfaction now it’s satisfaction in another way you can enjoy it you can talk about it," Barron said.

Barron spent a career putting agents in hiding, but now he’s bringing patients like Sean Fitz out of hiding as a prosthetic specialist at Custom Prosthetic Designs Inc. in Ashburn, Virginia.

Sean walked to the mirror to see his new reflection.

For the first time in a year, the person looking back at him is a confident child smiling from ear to ear.

"Yeah it is," Samantha agreed.

"I went from thinking I’m never going to see him again, to seeing him with his ear again. It’s just a total 180. Just amazing," Blackwell added.

“I think this is the best gift for him, to show him he’s been so strong he doesn’t need that ear to be a great kid for people to love him, but it’s going to help him a whole lot,” said Samantha Fitz.

Sean gave Barron a big hug and thanked him for his new ear and made him a promise.

"As a parent it’s hard for us to explain what has happened to have to listen to your five-year-old explain to people that a dog attacked him and the words that he uses it’s heartbreaking. I hate that the first thing that children, people, that meet Sean ask him is what happened. Now people might see the scar and wonder, but it’s not going to be as noticeable," Samantha said. "We’re excited to take him out in public and show him off a little bit."

After leaving Custom Prosthetics Designs Inc., the family celebrated at a nearby park with a picnic. Sean happily played with other children without the stares he is used to.

Sean’s parents said he was much more confident and could not wait to put his ear on when he wakes up in the morning.