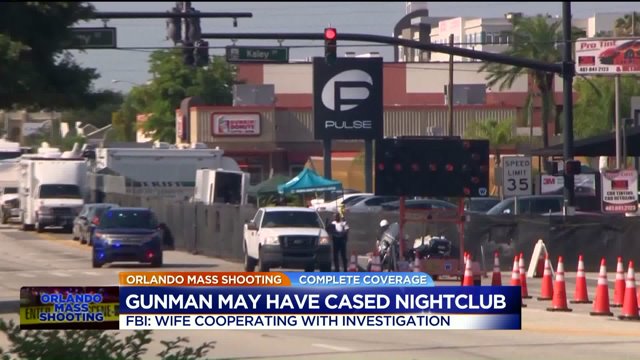 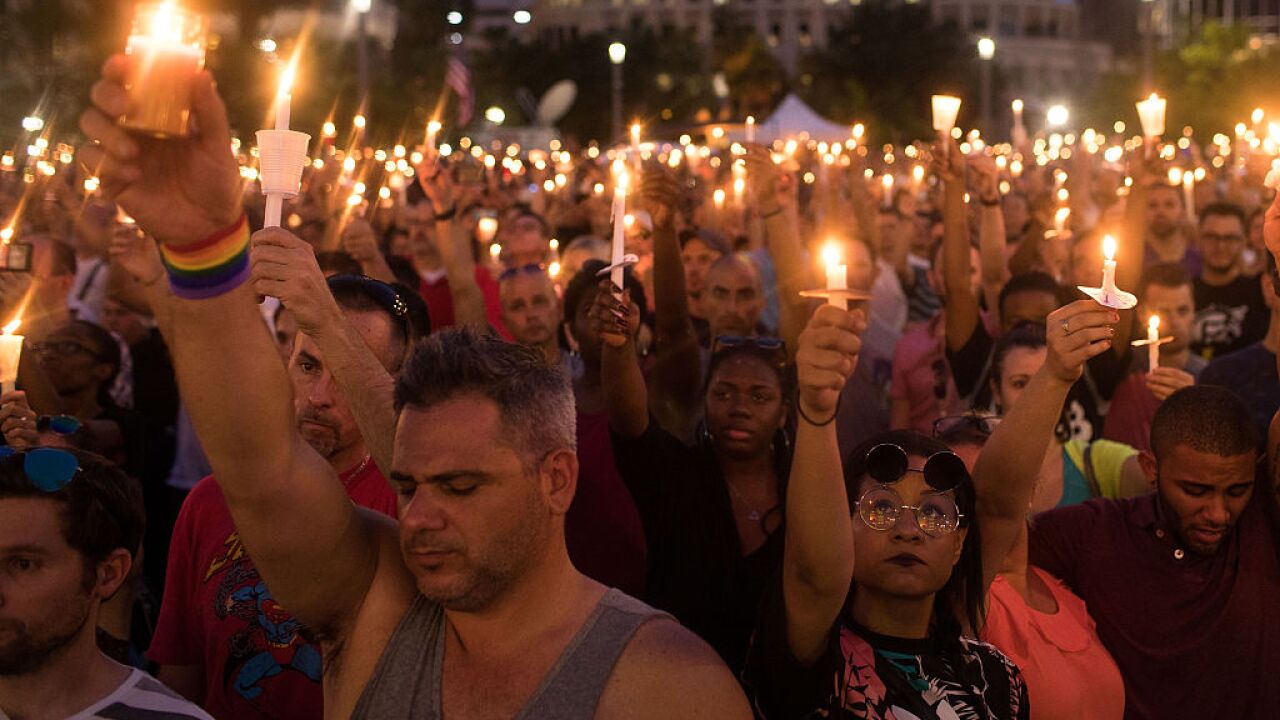 ORLANDO, Fl. -- The wife of the shooter behind the Orlando nightclub massacre has been interviewed twice by authorities.

Authorities are investigating whether Omar Mir Seddique Mateen's wife, Noor Salman, knew about her husband's intent, a law enforcement official told CNN. She was also given a polygraph, according to a CBS report.

His wife was with him on that trip, and said it was just a family getaway.

She also told authorities, according to CBS, that he became radicalized in the past year.

NBC, citing officials familiar with the case, reported that Salman was also with Matten when he bought a holster and ammunition.

Salman told FBI agents that she tried to dissuade Mateen from doing anything violent and she denied knowing about his plans to attack the Pulse nightclub in Orlando, the source said. A separate source told CNN's Pamela Brown that Salman had some prior knowledge of her husband's intention to launch an attack.

Authorities may file criminal charges against Noor for failing to report information before the brutal attack that killed 49 people, NBC also reported.

Investigators also believe the Orlando nightclub gunman made recent surveillance trips to the club and a Disney shopping complex earlier this month -- the same week Disney and other sites were hosting Gay Days 2016.

His visits to the Pulse gay nightclub and Disney Springs happened between June 1 and June 6, a law enforcement official said Tuesday. Gay Days 2016 celebrations took place at Walt Disney World and other Orlando locations between May 31 and June 6.

The early June visits took place during the same period Mateen was purchasing the weapons used in the devastating attack.

Hours before the carnage, Mateen made one last trip to Disney Springs, law enforcement officials said. That time, Mateen was alone.

The gunman had showed an aversion toward gays -- making inflammatory remarks and expressing outrage at the sight of two men kissing, law enforcement officials and a former co-worker said.

But others say he used a gay dating app and for years frequented the same nightclub that he would eventually terrorize.

To some, Mateen was a homophobic "bigot." To others, he was a friendly regular at the nightclub.

Chris Callen, who worked at Pulse as a performer, said he had seen Mateen dozens of times. According to Callen's estimate, Mateen visited Pulse twice a month over three years.

"He was very friendly when we said, 'Hi.' He didn't seem like the kind of guy who just did what he did. It makes no sense," Callen said. "My partner said that he was very nice (and seemed) comfortable."

"I remember him asking me for pictures," West said. He said Mateen also asked him what "clubs are popping," but West said he didn't go out much and told Mateen to look up clubs online.

But a former colleague said Mateen often made homophobic, sexist and racist remarks.

"He was an angry person, violent in nature, and a bigot to almost every class of person," former co-worker Dan Gilroy told CNN affiliate WPTV. Mateen and Gilroy had worked together at PGA Village in Port St. Lucie.

Gilroy said Mateen had a temper.

"He would hit things and as he was hitting things, he would yell, and of course there was always curse words involved," Gilroy told WPTV. "And this wasn't seldom, this was all the time."

Ex-wife: He abused me

Mateen's first wife, Sitora Yusufiy, painted a damning portrait of the killer, describing a physically abusive marriage to a man with anger issues.

Yusufiy, who is originally from Uzbekistan, said the relationship started well after they met online about seven years ago.

"In the beginning, he was a normal being that cared about family, loved to joke, loved to have fun, but then a few months after we were married I saw his instability," she said.

"He would get mad out of nowhere. That's when I started worrying about my safety."

She said the abuse became a regular occurrence.

"(My family) had to pull me out of his arms and find an emergency flight. ... I made a police report."

While her ex-husband was religious, Yusufiy said, she did not believe his religion played a role in the nightclub attack.

FBI had investigated him twice

Mateen first came on the FBI's radar in 2013 when he made "inflammatory comments to co-workers alleging possible terrorist ties," Assistant Special Agent in Charge Ronald Hopper said. But investigators "were unable to verify the substance of his comments," he said.

In 2014, the FBI interviewed Mateen again over possible connections with Moner Mohammad Abu-Salha, a Florida man who became the first known American suicide bomber in Syria. The two men frequented the same mosque.

"We determined that contact was minimal and did not constitute a substantive relationship or threat at that time," Hopper said.

Mateen had worked for nine years as a security officer at G4S Secure Solutions, one of the world's largest private security companies. According to a neighbor, he was a security guard at the St. Lucie County Courthouse, often manning the metal detectors at the front of the building.

During the gunman's rampage, he called 911 and pledged allegiance to ISIS, a U.S. official said. Mateen also mentioned the Boston Marathon bombers.

An analysis of Mateen's electronic devices showed searches for jihadist propaganda, including videos of ISIS beheadings, an official said.

After meeting with national security officials Tuesday, President Barack Obama said there is no indication a foreign terror group directed the Orlando massacre. But he conceded that "these lone actors or small cells of terrorists are very hard to detect and very hard to prevent."

Mateen's father, Seddique Mateen, said he had no idea his son was about to commit an act of mass violence.

The father had an occasional television show on an Afghan satellite channel in which he regularly criticized Afghanistan's government and Pakistan.

"Radicalism? No. He doesn't have a beard even. When someone becomes radical, they grow long beards and they wear clothes that you know, long clothes, and I don't think religion or Islam had nothing to do with this," he said.

He said his son may have pledged allegiance to ISIS because "he wanted to boost himself."

But the father condemned the terror group.

"The way they conduct themselves, they're harming everybody. They're not a religious group. I don't know what they are," he said. "They're a killer group."