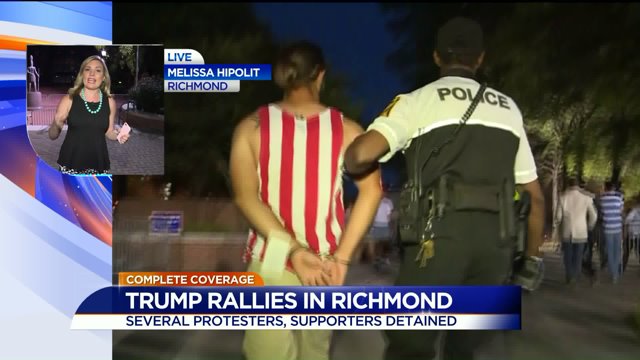 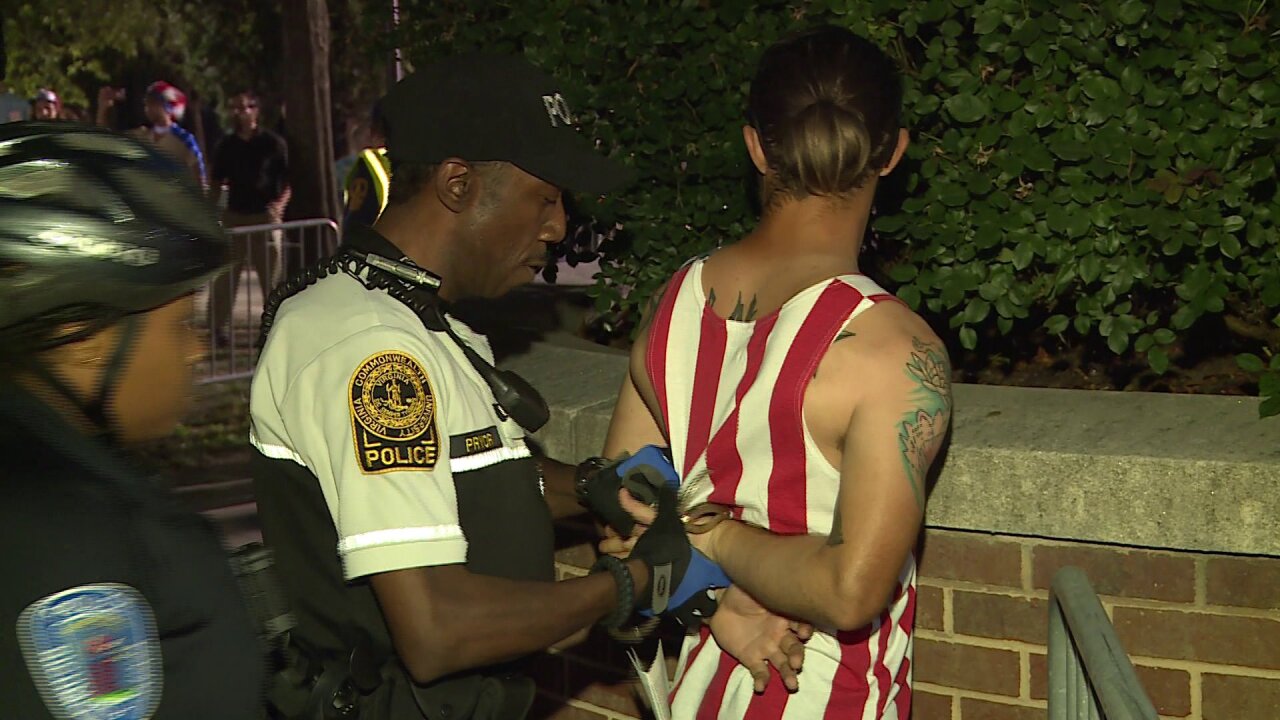 RICHMOND, Va. -- It was loud inside the Richmond Coliseum Friday night, but it was also loud outside the venue where protesters made sure their voices were heard.

The initial protest before the rally included a few dozen people who were contained behind barricades in Festival Park, just outside the Coliseum.

The protests grew considerably when protesters from Monroe Park arrived.

By and large, the protests at the rally Friday night were peaceful, but the demonstrations did escalate after a fight broke out between a Trump supporter and protesters.

Things took a turn for the worse when a Trump supporter exited the venue during the rally and entered the protesters area in Festival Park.

The incident led to five people being detained and questioned.

After speaking with the parties involved, four people were released and one person was arrested and charged with disorderly conduct.

Richmond Police said a Trump supporter was arrested after they spat on some demonstrators.

By the end of the event, Richmond Police set up an exit plan where those leaving would come out on opposite ends of the venue, away from Trump protesters.

The strategy seemed to work as there were no reported incidents as many protesters had already left to go on West Broad Street.

RT @digangidl: Police race to address a fight that has broken out @CBS6 pic.twitter.com/dsHk1hMSkB