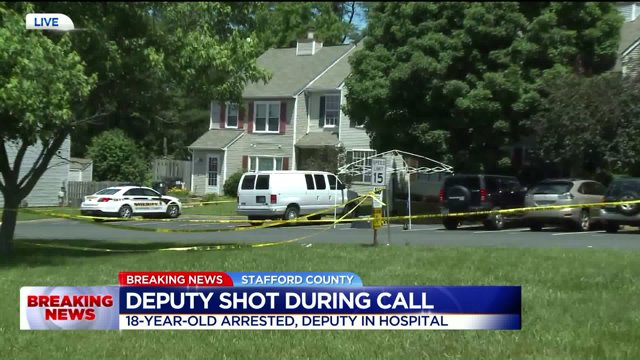 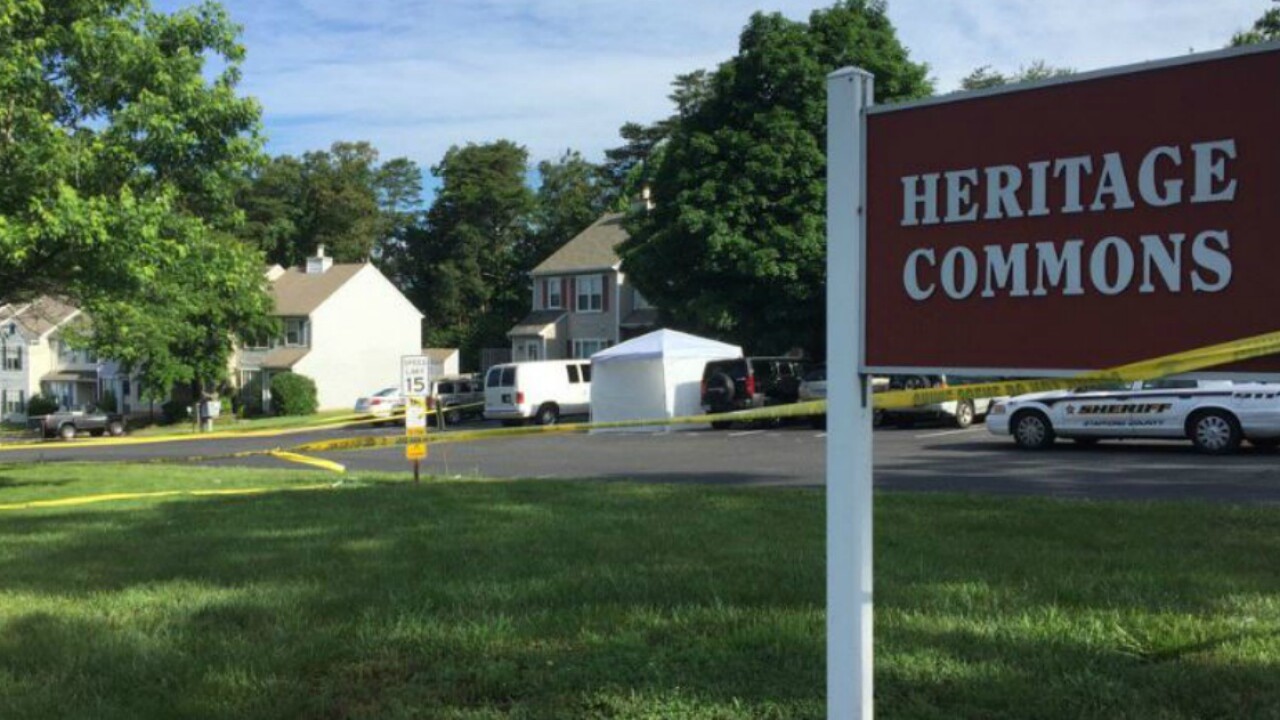 STAFFORD COUNTY, Va. -- A Stafford Sheriff's Deputy suffered "extensive" injuries when he was shot Tuesday night responding to a Breaking and Entering call on Windsor Ridge Court, according to the Stafford County Sheriff's Office.

"The call was placed by the suspect’s mother asking the Sheriff’s Office to respond to the scene. Her son, Joshua Anthony Sumter, age 18, had broken into the residence after having been forbidden to live there or to return," a Sheriff's Office spokesman said. "Several deputies responded to the scene and entered the home. As they were making their way up the stairs to determine the exact nature of the complaint, they saw a man lying on the floor in an upstairs bedroom. Deputies challenged him to show his hands. He then displayed a gun and began shooting. The deputy returned fire."

Police on scene of deputy-involved shooting in Stafford Co. Deputy is recovering in hospital, suspect in custody. pic.twitter.com/t1otsoUUZn

"One of the deputies was hit four times, striking him in his upper chest, arm, hip and thigh. The body armor that he was wearing protected him from a potentially life-ending round," the Sheriff's Office spokesman said. "The deputy, whose name is being withheld, was taken to a local hospital for initial treatment. He was transported for surgery to another medical facility. The surgery is scheduled for early this afternoon. His current condition is serious but stable."

A family representative says the deputy is expected to make full recovery.

“Our office is thankful for the support and encouragement from our surrounding law enforcement partners, County Government and community. We’re very blessed to be surrounded by a wonderful network of support.  Our prayers, thoughts and focus are on our deputy and his family during his recovery,” said Sheriff D.P. Decatur.

"While being escorted from the Sheriff’s Office to the jail, Sumter attempted a violent escape and assaulted a deputy, but was quickly taken back into custody," the Sheriff's Office spokesman said. "Charges from that attempt include Assault on a Law Enforcement Officer and Escape with Force. Sumter was transported to the Rappahannock Regional Jail where he is held without bond."

Prior to his arrest, the Sheriff's Office asked for help finding Sumter. They said he frequented southern Stafford and considered him armed and dangerous.

Anyone with more information or photos can submit them here.