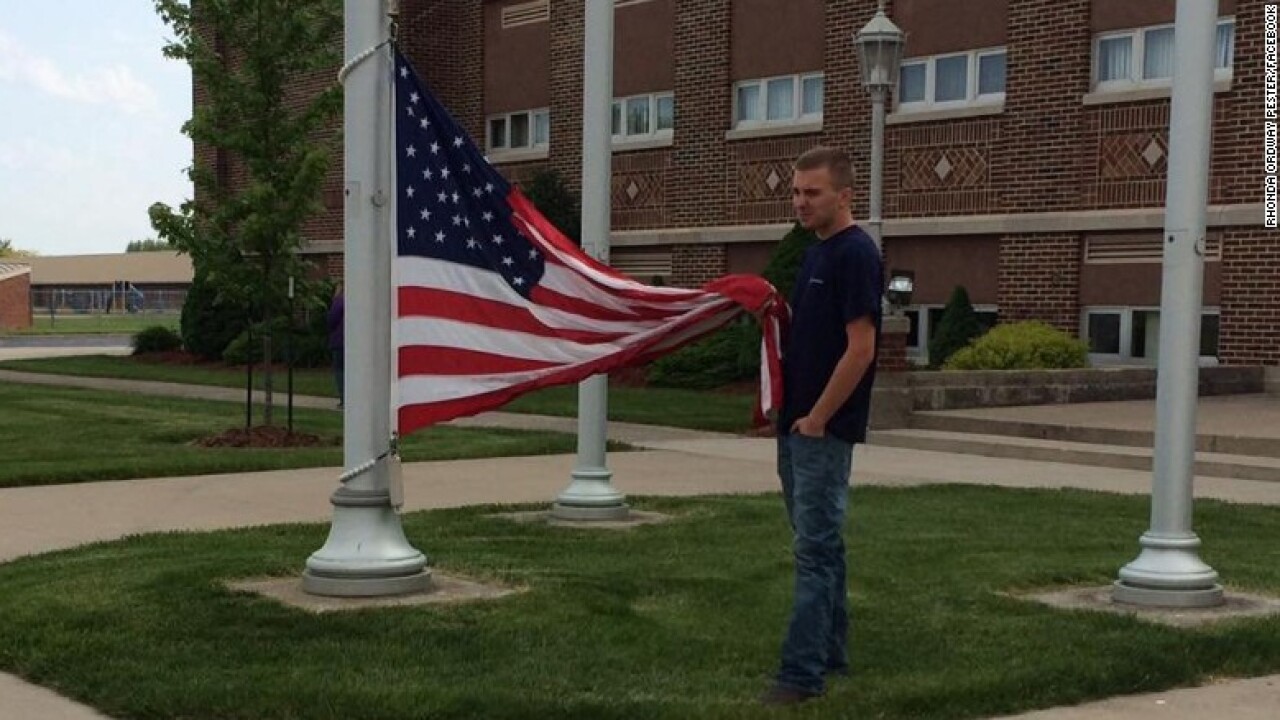 CONTINENTAL, Ohio — We look to it every time we say the Pledge of Allegiance or walk into any state, federal or local building. The American flag stands tall, shining red, white and blue, but what happens when it nearly touches the ground?

If you are 18-year-old Cole Dotson, a senior and the class president at Continental High School in Continental, Ohio, you hold on to it and wait for help.

Dotson was driving past his high school on Sunday when he noticed the American flag hovering dangerously close to the ground, so he stopped his car and held the flag, while calling his grandmother for assistance.

Out of respect for the flag it should never touch the ground or anything beneath it, according to the U.S. Flag Code.

Dotson’s grandmother, who is an employee of the school, and his mom came to his aid.

Rhonda Ordway Pester, Dotson’s mom, snapped a picture while she watched her son follow his instinct and practice something he learned in the Boy Scouts. The picture has since been shared 24,000 times.

Joel Mengerink, superintendent of Continental schools, was excited to see one of his students do an honorable thing, but insisted this is just like Dotson.

“Something like this wouldn’t be out of the ordinary for Cole. He takes great pride in our country and he knows how to show proper respect to the flag,” Mengerink said.

Dotson is scheduled to graduate Sunday, and according to Mengerink, he will be speaking at graduation.

As for Dotson’s future, he said he is meeting with Marine Corps representatives this week about joining.