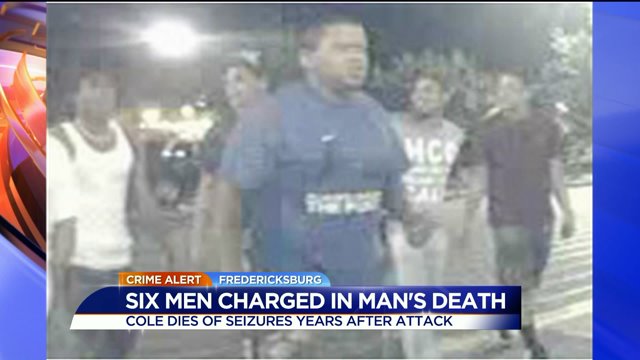 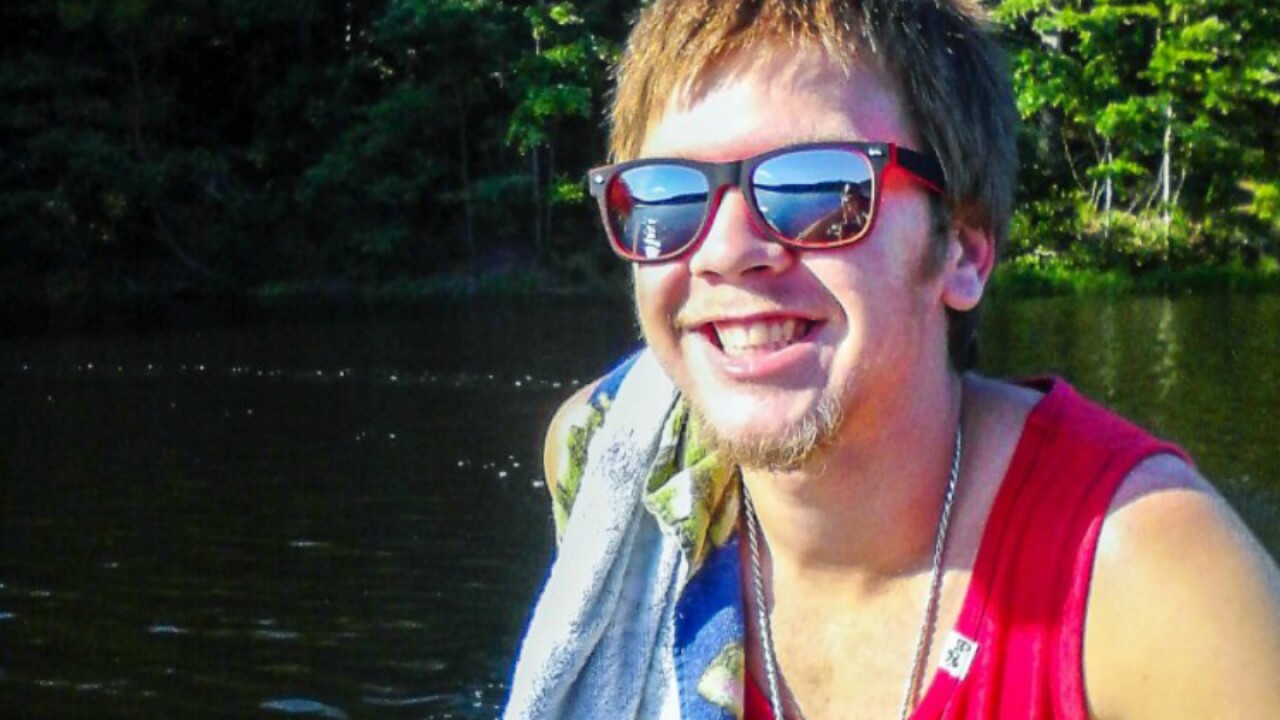 FREDERICKSBURG, Va. -- Stuart Cole was found dead inside his Fredericksburg apartment in December 2015.

He died of complication from seizures, the Office of the Chief Medical Examiner in Richmond recently determined.

Cole, 22, developed those seizures after he was beaten outside the Walmart in Fredericksburg's Central Park shopping center in August 2011.

Now the six men accused of beating Cole that night have been charged with voluntary manslaughter.

Two of the men, 23-year-old Howard Vaughn and 23-year-old Sebastian Irvin have both been arrested.

The other four men have not yet been taken into custody.

Those men were identified by police as :

Police said Cole was beaten outside Walmart after he got into a "verbal altercation" inside the store.

"Cole continued shopping, purchased his items, and exited the store," a Fredericksburg Police spokesperson said. "While placing his purchases in the trunk of his vehicle, Cole was struck on the back of the head and fell to the ground. A witness called 9-1-1 and reported seeing two males kicking another male. Police responded to the scene and found Cole with injuries to his head and face."

Cole spent 11 days in the hospital and could not remember after he was attacked, police said.

Cole also "faced challenges in the years following the incident," police said. Some of those challenges included the seizures which, investigators determined, eventually claimed his life.

On May 20, a Fredericksburg grand jury indicted the men, identified as attacking Cole, with felony voluntary manslaughter and felony malicious wounding by a mob.

Justin Witt, with the Fredericksburg Commonwealth's Attorney's Office, said the circumstances of this case are unlike most his office handles.

"The time factor and tie back the initial event is a little usual," Witt said. "This is not how things normally work out."

He added there was no evidence that Cole knew the other men.

On a GoFundMe page set-up to raise money for Cole's funeral expenses, his mother spoke out about the men now charged in her son's death.

"I hope they live a life of wonder, constantly looking behind their back, running and hiding like the cowards they are," she wrote. "I hope they never find peace and suffer the same devastating and excruciating pain we feel every second of every day. They not only took our son's life, they also took a part of ours as well. I hope they realize this is not over, never will be until justice has been brought for Stuart."