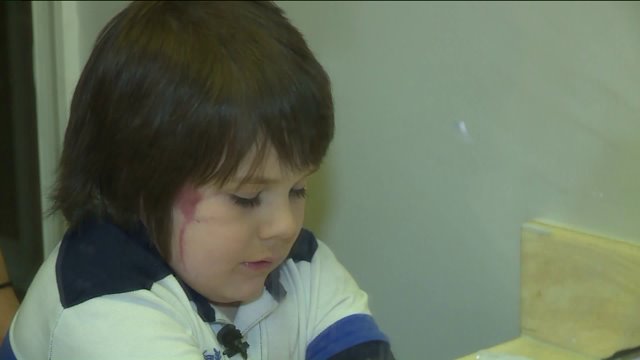 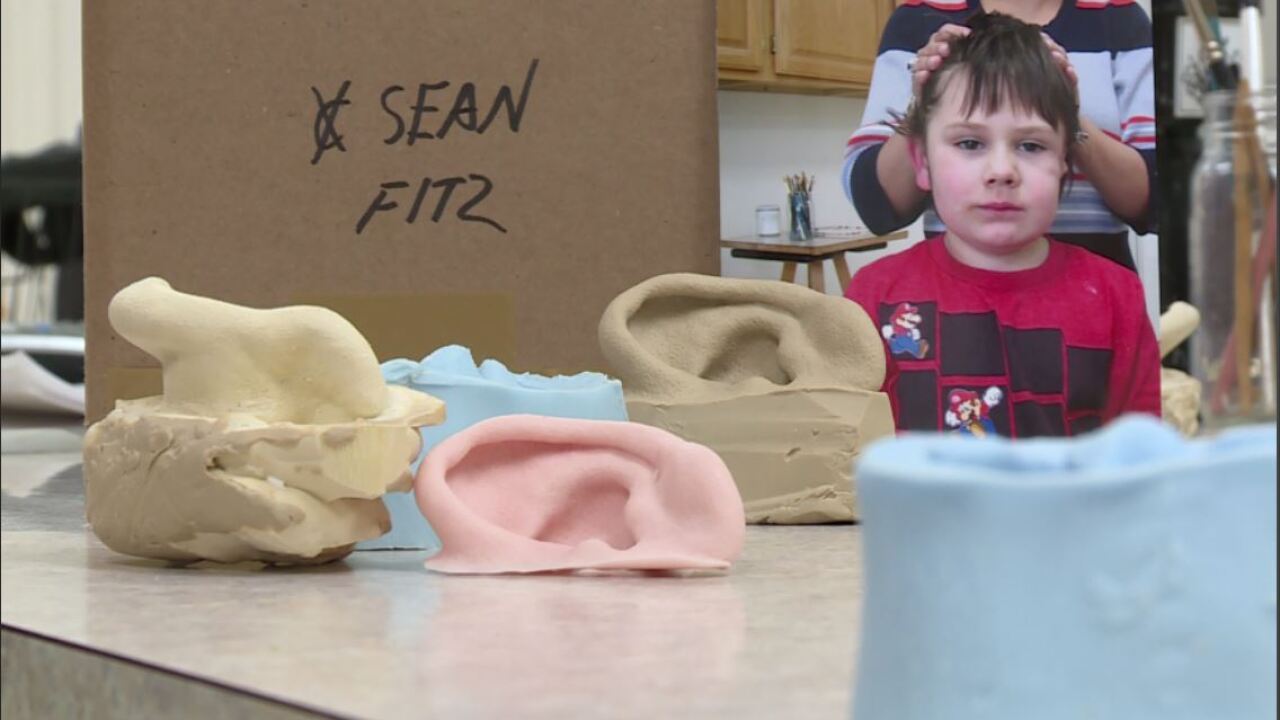 LOUISA COUNTY, Va. -- It’s been one year since a vicious dog attack left a five-year-old Louisa County child in critical condition and without his left ear.

Sean Fitz and his family have been dreaming of the day when he could look in the mirror and see a smile from ear to ear.

A trip to the bathroom at grandma’s house changed Sean’s face forever.

"He was right there," Sean said.

The dog, which belonged to Sean’s grandmother, was recovering from a dog attack of its own when he turned on Sean.

"He was still just biting me. I was holding onto him like this. I was trying to hit him but he still got me," Sean said.

Sean’s grandma went to check on him when he did not return from the bathroom. She found him in a pool of blood and his face was unrecognizable.

Chris Blackwell then rushed to his son’s aid and called 911.

"The dog just bit the f***ing shit out of my son!” Blackwell was heard screaming in a 911 recording. "His f***ing ear is hanging off the side of his head."

"His face is eaten off you don’t understand it’s a huge bleed," Blackwell continued to the dispatcher.

"I had seen his ear, all that was left was this (pointing to his ear lobe.) There wasn't anything else there," Blackwell said. "You could just see the blood soaking through the bandage. They were worried about him passing out."

"They had a shirt over him and he was just crying and they were screaming," Sean’s mom Samantha Fitz said. "I black out from there. I guess I wasn't really comprehending, because I couldn't bring myself to look at what was under that rag but I knew it wasn't good."

The year to follow was a blur for the family as Sean endured multiple surgeries, challenges and stares.

He not only lost his ear, but all feeling on the left side of his face and suffers from Bells Palsy.

"There’s been kids who have pointed and said oh my God, that’s so bad," Samantha said. "I’m not gonna let him have to keep reliving that, or you know have to deal with constant ridicule or people looking at him when we’re in public."

Sean’s parents made it their mission to find the funds to replace Sean’s ear and rebuild his confidence.

With the help of the Louisa County Sheriff’s office, and donations from the community, that day came, May 16 in Ashburn, Virginia through the hands and precision of a true master of disguise.

"If you can put people in hiding you can bring people out of hiding," prosthetic specialist and retired senior Central Intelligence Agency disguise specialist Robert Barron said. "Everything I do is from these hands. It’s a gift from God and he is definitely going through me to help others."

Barron has mastered the art of turning silicone into skin and transforming faces and lives around the world.

"If you can change somebody’s identity, then you can give that identity back to these disfigured people," Barron said. "It serves as a great psychological benefit in that little boy's social, physical, and mental well being. It’s going to make a big difference in his life."

Through tears of joy, Samantha Fitz said she had not seen him with an ear in so long that it made it so worth while to see him with it. When Sean walked out the door at Custom Prosthetic Designs he was once again -- all ears.

Sean will get to take his prosthetic ear home with him June 8.

The ear gets glued on during the day and taken off each night before bed.

"You’re going to see a genuine smile from ear to ear," Barron said.

Barron is in the process of tinting the $6,000 ear to match Sean’s skin tone.

"It’s turning that day of the month that was a tragedy into something to celebrate for us," Samantha said.

The family dog that attacked Sean was put down and Sean’s grandma redecorated the bathroom where the attack happened to make it easier on Sean.