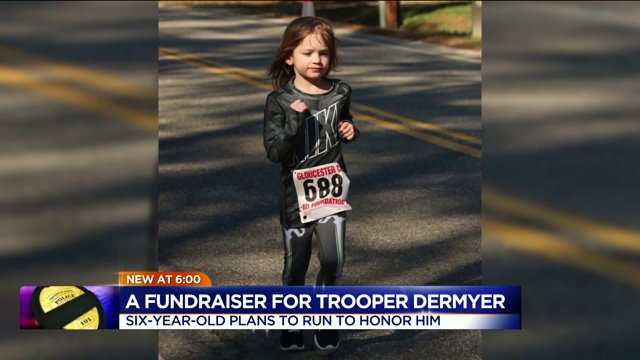 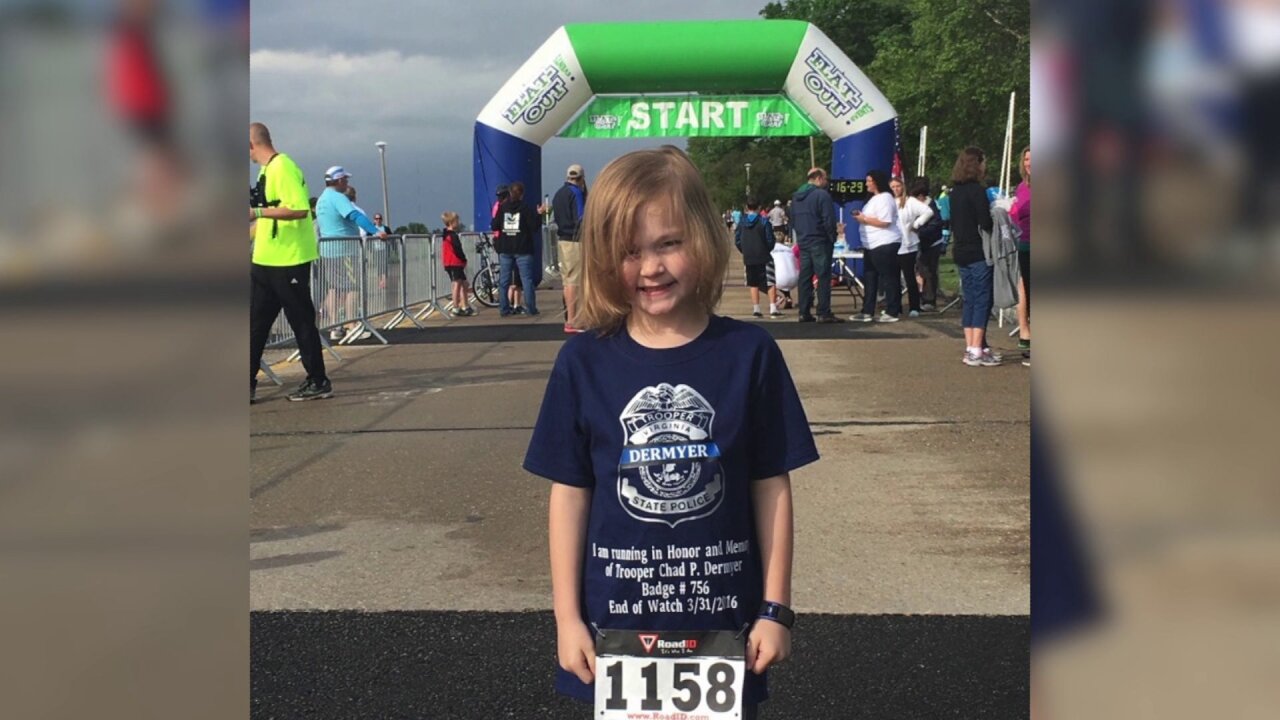 GLOUCESTER COUNTY, Va. -- Braxton Lee has more official races under his belt than most adults and he is only six years old.

Braxton said he isn’t picky about what races to compete in, “5Ks, 8Ks and Marathons.”

Today, Braxton isn’t fixated on just the finish line. He has an overwhelming urge to help a family in need.

The avid runner said he used to be motivated by shiny trophies, but that all changed after the murder of a local police officer.

“I know a bad person killed a police officer in my community,” said the Gloucester County boy.

That police officer was Virginia State Trooper Chad Dermeyer, who was killed in the line of duty at Richmond’s Greyhound bus station on March 31.

Braxton is now using his love for running to raise awareness and money for strangers struck by the tragedy.

"He was really upset by it and wanted to do something,” said Braxton’s mother, Maryanne.

Braxton decided to run nine 5Ks, which is the equivalent of more than a full marathon. Braxton is dedicating each race to the fallen trooper, whose family lives in the same community of Gloucester. 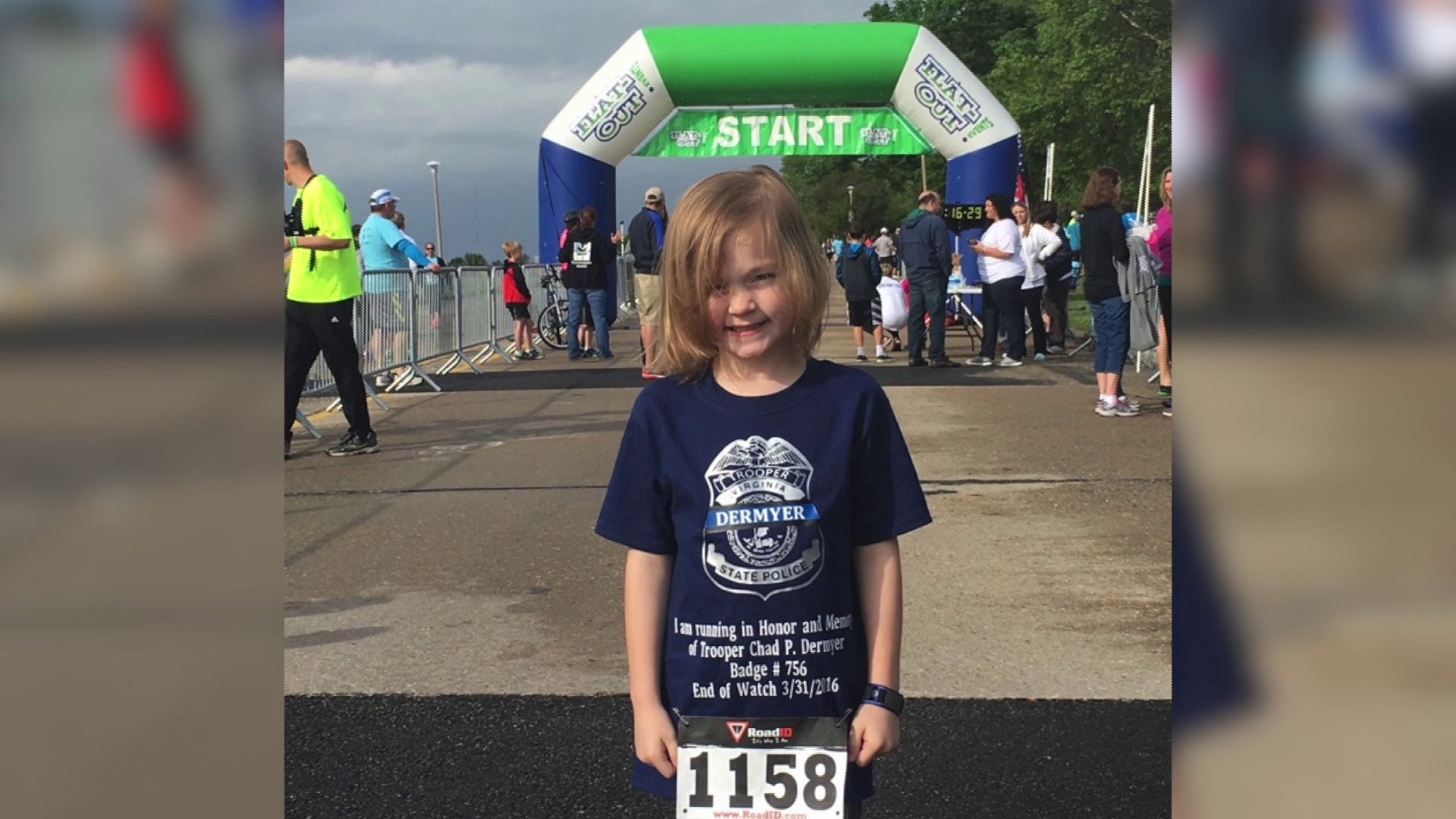 “He is just such a kind little boy very kindhearted and always has been,” said Braxton’s father, Jarret.

The tiny runner may wear little sneakers, but he carries with him an Olympic sized heart every step he takes.

“I am beyond proud let me tell you,” said Maryanne. “He is an amazing little boy and I am so proud to be his mother."

Braxton will take part in the National Police Week 5K on Saturday, May 14. On Sunday, Braxton will compete in the Semper 5ive 5K in Fredericksburg.

If you would like to donate money to Trooper Chad Dermyer’s family you can send your donation to: