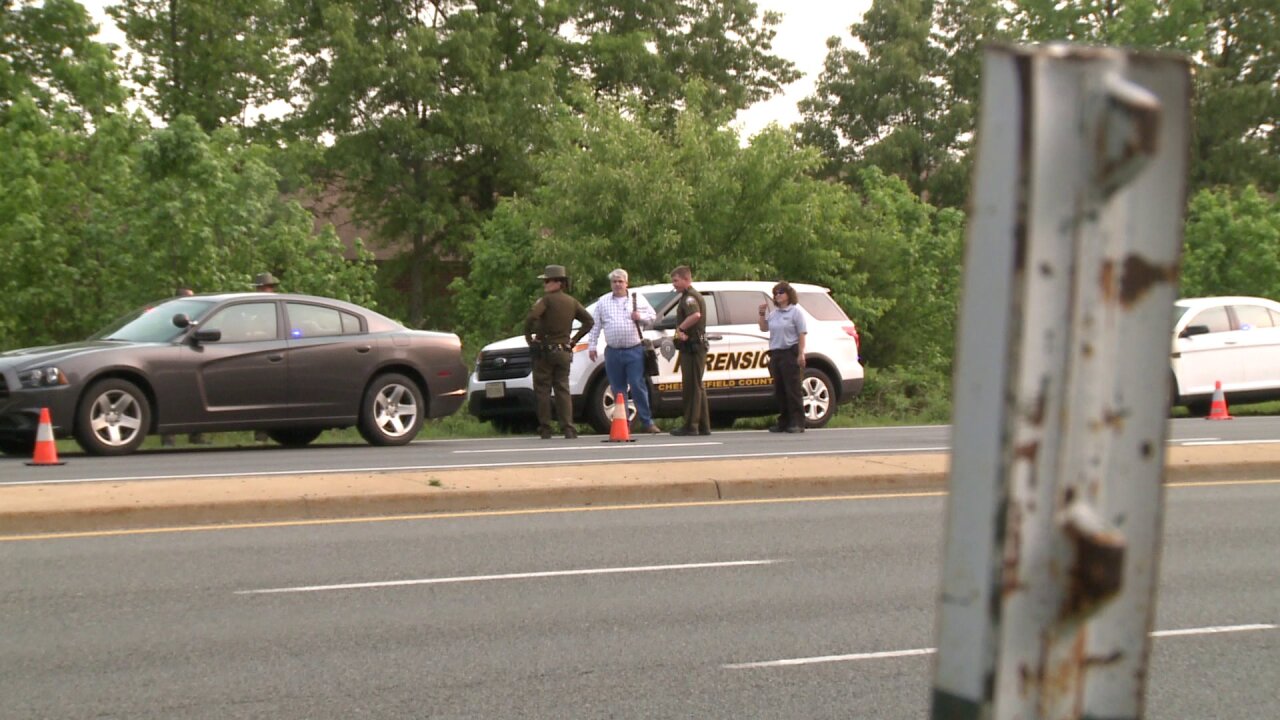 CHESTERFIELD COUNTY, Va. – Authorities said an officer opened fire after a suspect tried to back over that officer during a police pursuit in Chesterfield County Sunday afternoon.

Police were dispatched to a neighborhood for a report of an intoxicated driving erratically.

When officers arrived, the man led them on a slow-speed chase out of the neighborhood.

Once the suspect turned onto Huguenot Road, he led police on a brief high-speed chase before stopping in the 10800 block of West Huguenot in front of the Shops at Belgrade near Polo Parkway around 4:40 p.m.

“When the officer got out of the car to approach the man, that is when the man backed up his car at the officer,” WTVR CBS 6 reporter Jake Burns said.

At that point, the officer fired several shots at the suspect, who was not hit, before the driver sped off.

Another chase ensued and police caught back up with the suspect when he crashed his car on a dead-end street near the Richmond-Chesterfield County line.

He was taken to an area hospital, but is now in police custody. Officials said late Sunday that charges are pending, but have not yet released the driver's name or specified the exact charges he is facing.

No officers were injured in the altercation.