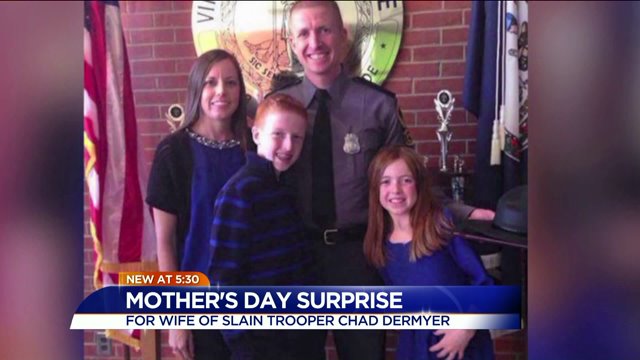 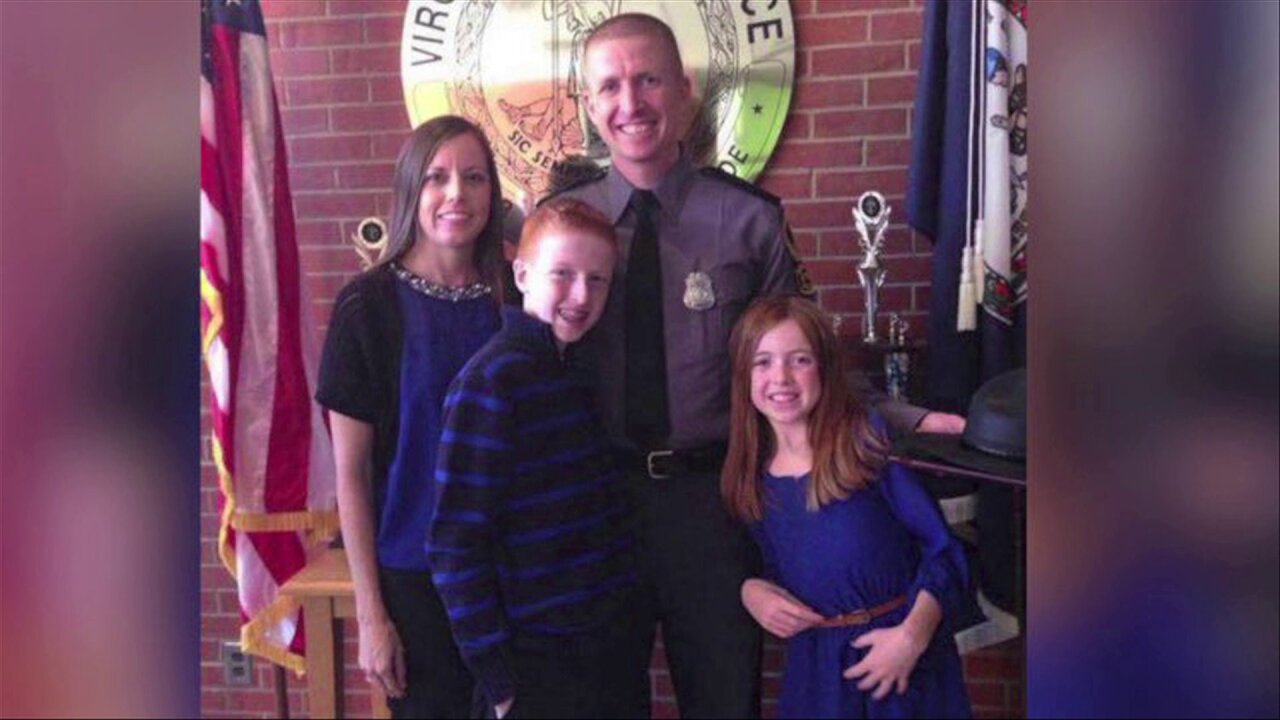 Michelle Dermyer's best friend wrote into Z104, saying they listen to the station’s “Z Morning Zoo” radio show every morning and she was hoping they could do some special for her friend who has been through a difficult few weeks.

“My BFF & co-worker Michelle Dermyer and I listen to you every single day of our lives…”   “… I want to do something that will make her smile, especially if it involved you guys! Is there something we can do? I want to make her feel like she still has us in this terrible time.”

Z104 pulled some strings and made it happen.

“The way you’ve handled all of this is so brave, we’re so inspired by you,” said one host. “The rest of this morning Michelle is dedicated to you.”

The hosts presented Michelle with gifts that included a $1,000 shopping spree, a makeover, tickets and meet and greet passes to the Jason Aldean concert in Virginia Beach this summer, a trip to Miami to see Adele perform in concert, among other gifts.

Michelle’s husband Chad Dermyer was killed March 31, after he was shot multiple times at the Greyhound bus station in Richmond while participating in a field training operation. Dermyer was survived by his wife and two young children.

The Virginia State Police Association is accepting donations for the Dermyer family. Checks should be addressed to VSPA Emergency Relief Fund and with Trooper Dermyer in the “memo” line. Donations can be mailed or dropped off at the VSPA at 6944 Forest Hill Avenue in Richmond, Virginia 23225. (While a GoFundMe account has also been created, officials pointed out that the crowdfunding website takes a portion of proceeds generated. By donating to the VSPA, all of your donation will go to the family.)