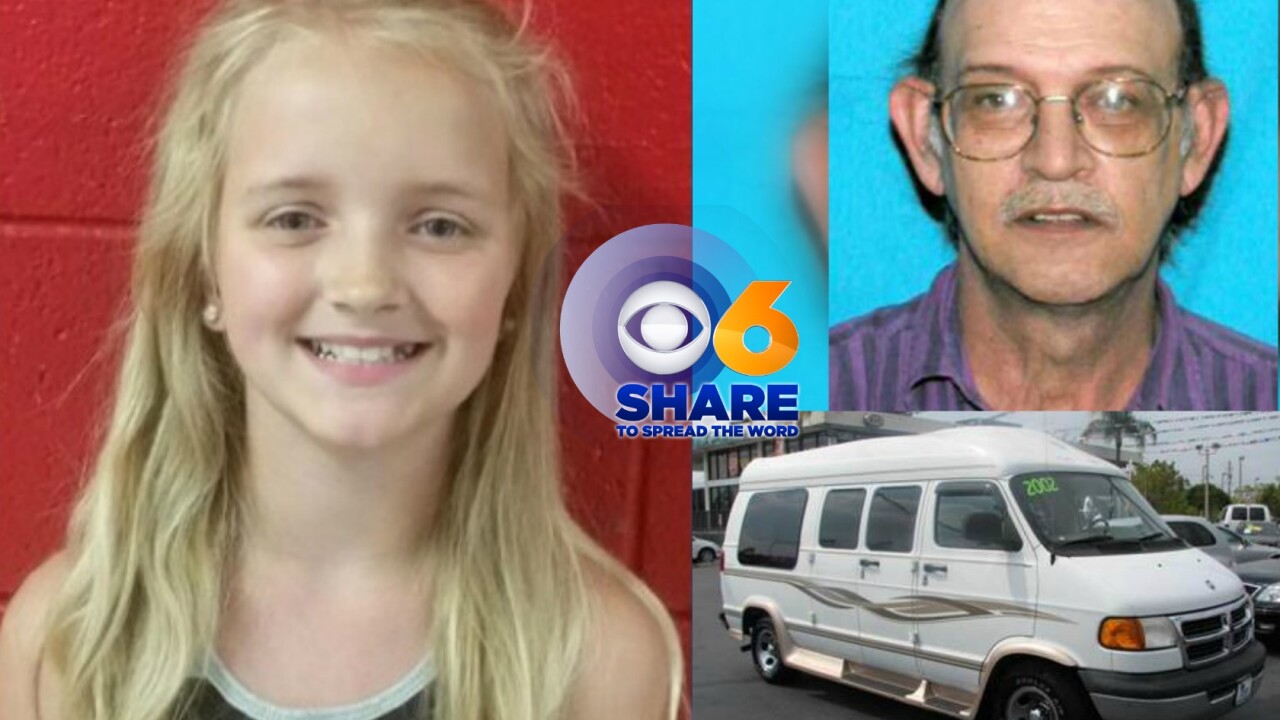 ROGERSVILLE, Tenn. – An AMBER Alert has been issued for a Tennessee 9-year-old Tennessee girl who could be in Virginia, according to the National Center for Missing & Exploited Children.

Carlie Trent was allegedly abducted on Wednesday, May 4, from the Rogersville, Tennessee area, near the Virginia state line.

Police believe Carlie was taken from her school Wednesday by her uncle (through marriage) 57-year-old, Gary Simpson under false pretenses.

Warrants for Kidnapping have been issued for Simpson as he has no custodial rights to Carlie. Their whereabouts are currently unknown, but officials believe they could be in Virginia or surrounding areas near the Tennessee, Virginia line.

Simpson was last seen driving a white 2002 Dodge Conversion van with Tennessee License Plates: 173GPS. The van has a dark stripe down the middle with light gold running boards and chipped paint on the hood.

Carlie Trent is described as 4 feet 8 inches tall and weighing 75 pounds. Carlie has blue eyes and blonde hair. She was last seen wearing a black and grey tank top and blue jeans.

Simpson is described as 5 feet 10 inches tall and weighing 157 pounds. Simpson is balding and has brown eyes and brown hair. He was last seen wearing a brown cap, a dark colored shirt and jeans.

The United States Marshals Service is offering a $2,500.00 reward for the safe return of Carlie Trent and for information leading to the apprehension of Gary Simpson.