Medical errors may be third leading cause of death in the U.S. 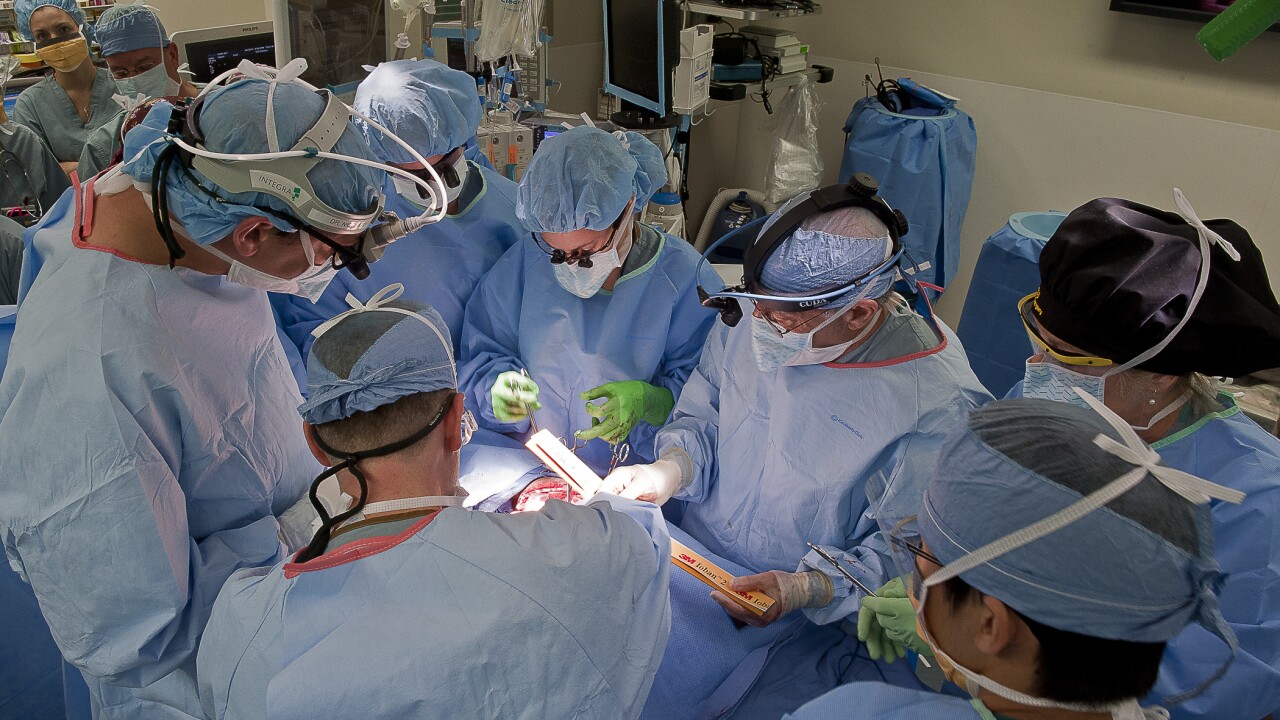 – A group of over 40 surgeons and pediatric specialists participated in 14 hour surgery and the care of the girls over the past six months. (PHOTO: VCU)

You’ve heard those hospital horror stories where the surgeon removes the wrong body part or operates on the wrong patient or accidentally leaves medical equipment in the person they were operating on.

Even scarier, perhaps, is a new study in the latest edition of BMJ suggesting most medical errors go unobserved, at least in the official record.

In fact, the study from doctors at Johns Hopkins, suggest medical errors may kill more people than lower respiratory disease like emphysema and bronchitis do. That would make these medical mistakes the third leading cause of death in the U.S. That would place it right behind heart disease and cancer. And the problem goes far beyond our borders.

Through their analysis of four other studies examining death rate information, the doctors estimate there are at least 251,454 deaths due to medical errors annually in the United States. The authors believe the number is actually much higher than that as home and nursing home deaths are not counted in that total.

This is a much greater number than a highly cited 1999 study from the Institute of Medicine that put the number in the 44,000 to 98,000 range. Other studies have put estimates closer to 195,000 deaths a year. The U.S. Department of Health and Human Services Office of the inspector general in 2008 reported 180,000 deaths by medical error among Medicare patients alone.

Dr. Martin Makary and Dr. Michael Daniel, who did the study, hope their analysis will lead to real reform in a health care system they argue is letting patients down.

“We have to make an improvement in patient safety a real priority,” said Makary, a professor of surgery and health policy and management at Johns Hopkins.

One reason there’s such a wide range of numbers is because accurate data on these kinds of deaths is surprisingly sparse. That’s in part because death certificates don’t ask for enough data, Makary said. Currently the cause of death listed on the certificate has to line up with an insurance billing code. Those codes do not adequately capture human error or system factors.

The study gives an example of exactly how limited the death certificates are when it comes to recording medical errors. One example involved a patient who had a successful organ transplant and seemed healthy, but had to go back to the hospital for a non-specific complaint. During tests to determine what was wrong, a doctor accidentally cut her liver and hadn’t realized it. The hospital sent her home, but she returned with internal bleeding and went into cardiac arrest and later died. It was the cut that led to her death, but her death certificate only listed a cardiovascular issue as the cause.

Makary believes there should be a space on the certificate that asks if the death is related to a medical error. If the answer is yes, Makary suggests the doctor should have some legal protection so the certificate is not something that could be used in a lawsuit.

“I don’t believe we have diabolic leaders in health care,” Makary said. He believes instead that there could be better systems put in place at hospitals to make them safer.

There are barcodes that could be placed on each piece of surgical equipment so a team could account for every tool at the end of a surgery, for example. Makary believes many hospitals don’t invest in technology that could prevent errors because the hospitals don’t always realize how big the problem is and don’t make it a priority.

“There is a strong moral case for innovations in this area, but there isn’t really a financial case for hospitals to improve this system the way it is,” Makary said. Funding for research on medical errors is also extremely limited.

The problem is not unique to the United States. Earlier studies have shown undercounted medical errors are a problem in hospitals throughout the world.

“No matter the number, one incident is one too many,” said Rick Pollack president and CEO of the American Hospital Association. Pollack suggest there are new studies that have shown that hospitals have made progress. Citing a decline in hospital-acquired condition, according to a recent analysis by the Department of Health and Human Services, more attention is being paid. “Hospitals are constantly working to improve patient safety. But there is more work to do and hospitals are committed to quickly adopting what works into every step of care provided.”

Doctors are human and they are going to make mistakes, but the system shouldn’t continue to perpetuate them, Makary said.

“I think doctors and nurses and other medical professionals are the heroes of the patient safety movement and come up with creative innovations to fix the problems,” he said. “But they need the support from the system to solve these problems and to help us help improve the quality of care.”