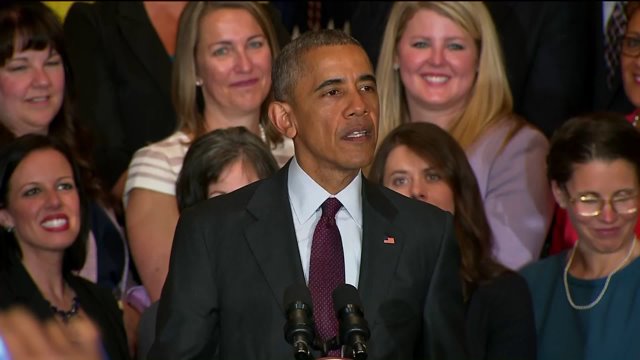 Danny Abell wrote to the President because he was worried that none of his schoolkids want to be teachers. 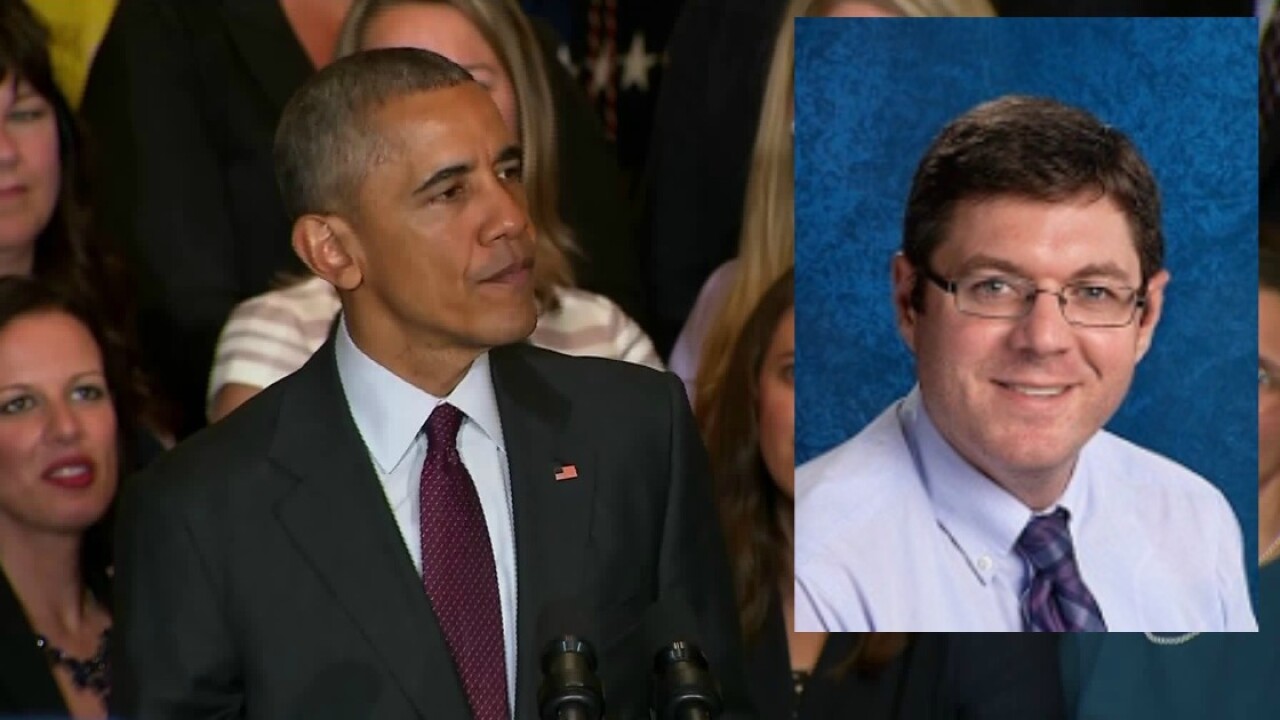 WASHINGTON. D.C. – President Obama on Tuesday responded to the letter of a Chesterfield teacher at the National Teacher of the Year celebration.

Abell found him himself being addressed by the president after he sent a letter in the fall to the White House.  He wrote of a concerning moment that occurred in the classroom.

Abell had asked his students if any of them wanted to be a teacher when they grew up, and no one raised their hands.

Abell asked President Obama what he’d say if one of his daughters said she wanted to become a teacher.

Obama formally invited Abell to celebrate the national teacher of the year, Jahana Hayes of Connecticut. He mentioned the letter in a speech that thanked the millions of teachers who inspire at every grade level.

He also pointed out Abell, a humble man who didn’t wish to be interviewed by CBS 6, to the audience.

“There's Danny,” Obama joked. “There's a reason why he got a good spot -- because he knew I was going to talk about him. “

“And I mean this -- this is the God's honest truth -- if Sasha or Malia wanted to be teachers, I will tell them I could not be prouder of what you've done,” Obama said in response to the letter. “And I'd tell them to be the kind of teachers who don't just show her students how to get the correct answer, but how to be curious about the world and how to care for the people around her, and how to analyze facts and evidence, and how to tell stories, and how to believe in their ability to shape their own destiny.”

While his class of students may not be inspired to teach, according to RateMyTeacher, Abell has consistently inspired and engaged his students. He receives high marks and compliments that “he is the greatest teacher.”

Abell earned his B.S. in History from Virginia Tech and his master’s degree from Virginia Commonwealth University. He has been teaching for 14 years, at Midlothian High School.