What restored voting rights for former Va. felons could mean for November elections 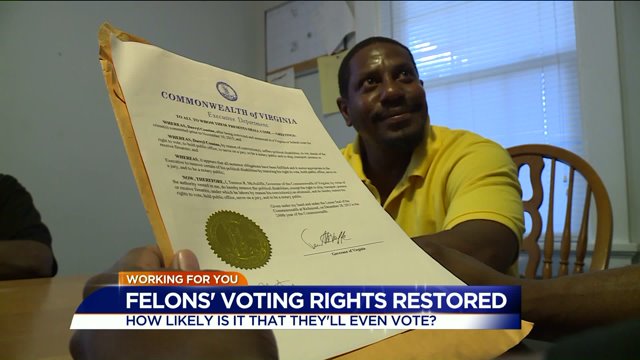 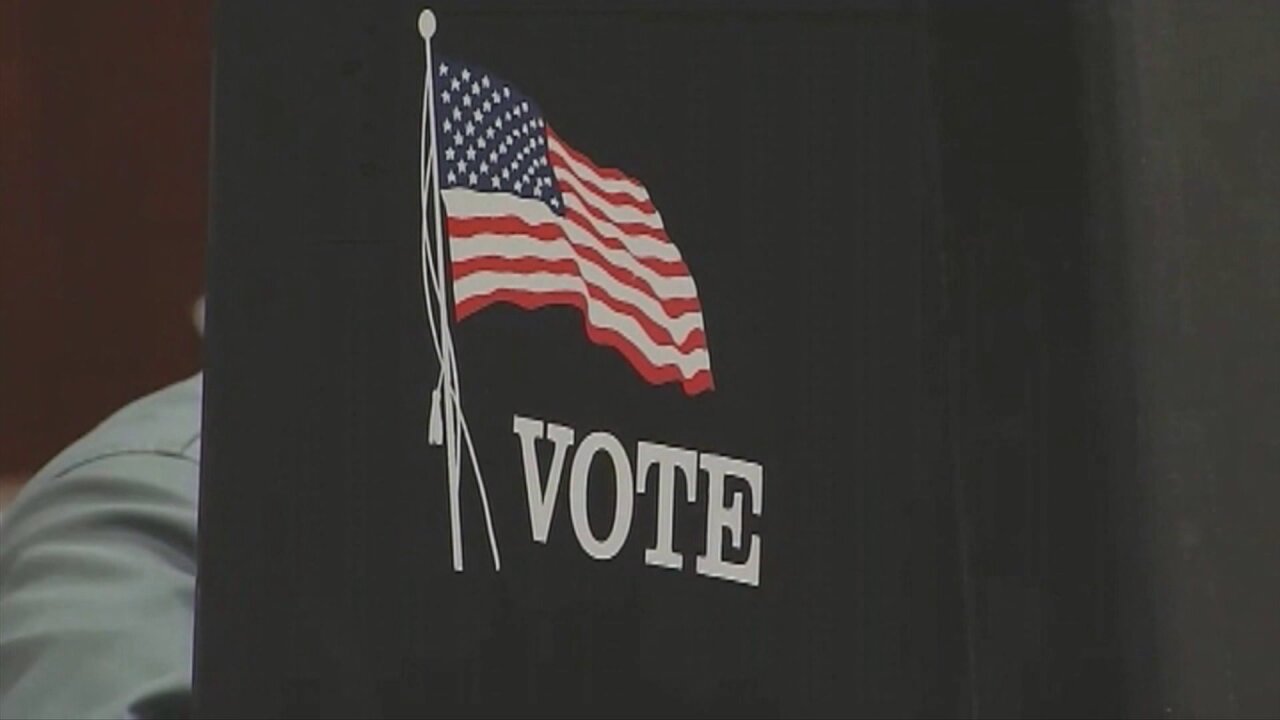 RICHMOND, Va. -- For the first time in his life, Darryl Cousins plans to cast a ballot for President of the United States.

“Coming from the sub-culture where we lived and grew up from voting was never put on importance for us,” Cousins said.

The former drug dealer and addict has multiple felonies on his record, but he served his time and is now clean and running a catering business.

"Made me feel like I wanted to run for president in 2020," Cousins said about the moment he learned he would be able to vote.

Thanks to an executive order from Governor Terry McAuliffe, Cousins and his childhood friend Gilbert Howard, who also has multiple felonies on his record, will both be able to vote.

Virginia Republicans disagree with the Governor’s decision to give more than 200,000 former violent and non-violent felons their voting rights back, so they have hired an attorney and plan to file a lawsuit to stop the order.

Massie said McAuliffe clearly just wants to get votes for his friend Hillary Clinton in November.

“This just shows that in spades,” Massie said.

But, the governor’s spokesperson, Brian Coy, said that is absolutely not true.

“If the governor really wanted to influence the political process, we had state senate elections last year where we lost the majority by 1,500 votes," Coy said. "If this was about politics, we could have done this last year."

So what is the likelihood former Virginia felons could tip the scales for Hillary Clinton?

A recent study mentioned in The Economist shows just 21 percent of former felons in North Carolina went to the polls between 2004 and 2008.

That would amount to a little over 43,000 votes in Virginia.

Still, Howard, who supports Clinton, said he can see why Republicans would be worried.

“Why would we vote for the Republicans when they’re not trying to help us?” Howard said.

CBS 6 asked the Governor’s office what areas of the state these former felons will be voting in, and they said they’re working on that information and hope to release it by the end of the week.