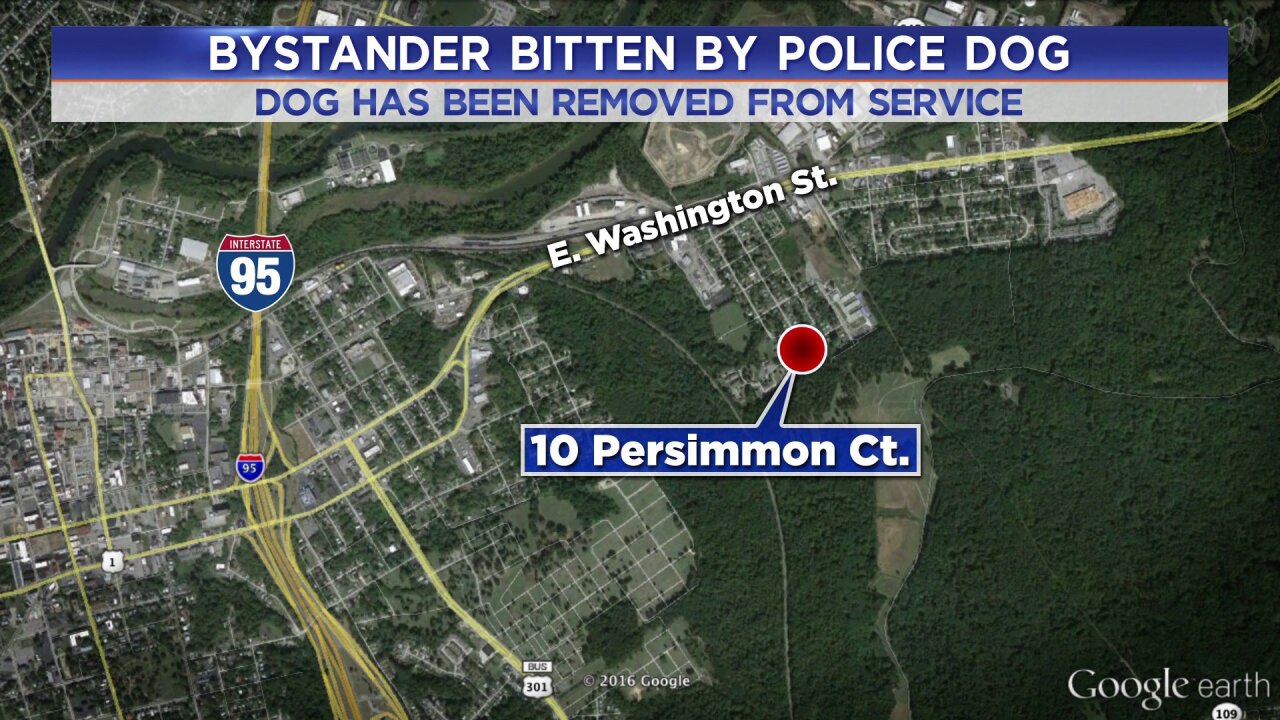 PETERSBURG, Va. — Petersburg police confirmed during an altercation over the weekend one of their police K9’s bit an innocent bystander.

Police said they were responding to a possible altercation where the subjects had guns in front of the 10 block of Persimmon Court in the Pin Oaks Estates around 4 p.m. Saturday.

When police arrived on scene, they say a suspect assaulted an officer and ran away from the scene.

Police said the dog was released to chase the suspect, but instead the dog bit someone who wasn’t involved in the altercation.

The innocent bystander refused medical treatment and left the scene.

The dog has been removed from service as police continue to investigate to incident. The police officer is still on duty.

The initial suspect that assaulted the police officer is still on the loose and police have not determined his identity. The man is described as a black male with braids, wearing grey jogging pants.

Police said the suspect left his coat at the scene which contained contraband including a firearm.

If you have any information about this incident police ask you to call Petersburg Dinwiddie Crime Solvers at 804-861-1212.