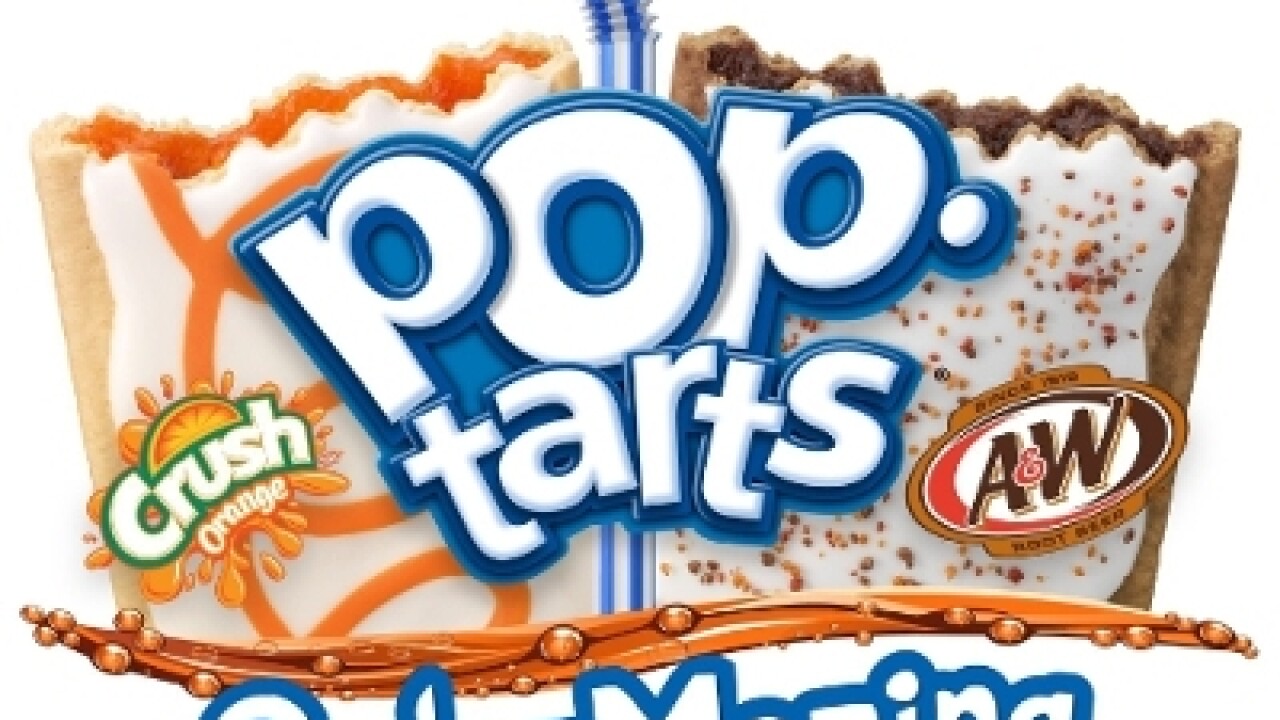 If you love A&W Root Beer and Orange Crush, you are going to need to extend your grocery list. Kellogg’s is launching soda flavored Pop-Tarts inspired by the two soft drinks.

The company said this is the first beverage-inspired flavored Pop-Tart.

According to Kellogg’s, the A&W Root Beer Pop-Tart is “bubbling with root-beer flavored filling,” while the Orange Crush Pop-Tart has a citrus-flavored filling that will “tingle your taste buds.”

The new flavors will be available nationwide in May 2016.