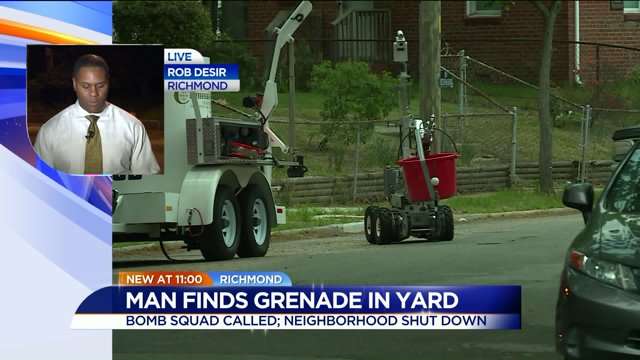 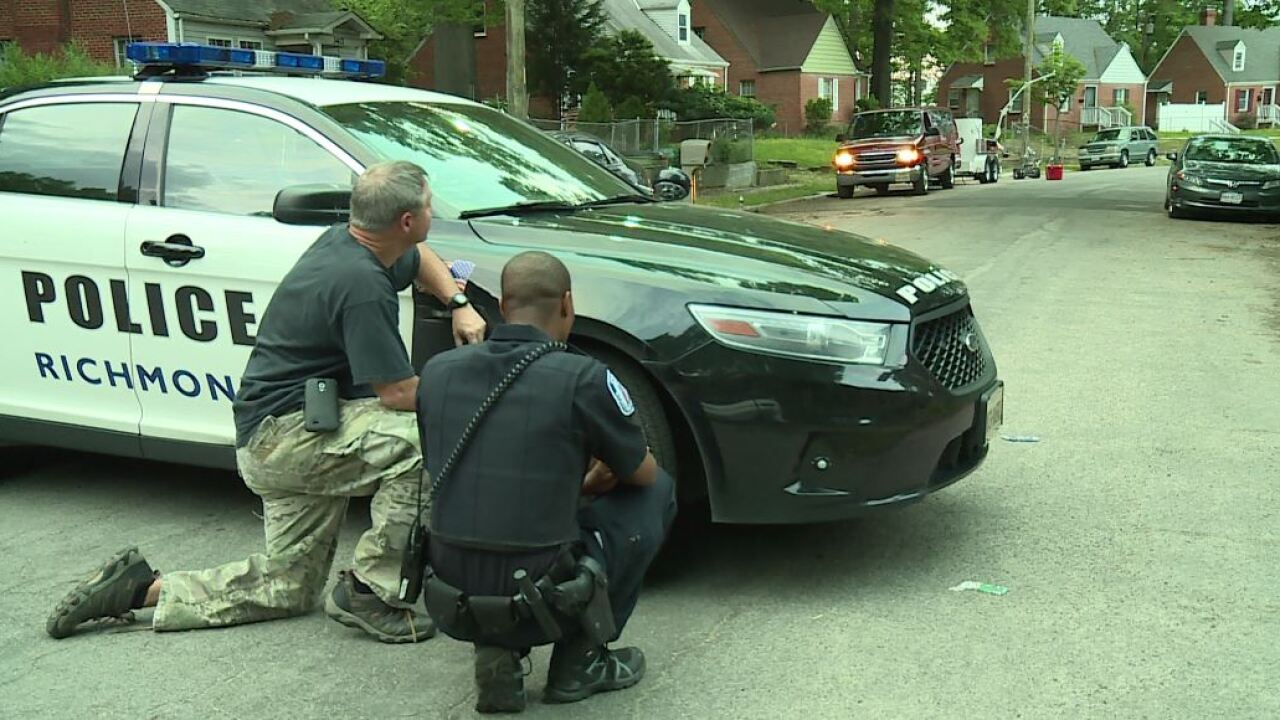 RICHMOND, Va. -- The Bomb Squad responded to a Richmond home after a resident found a grenade while doing yard work Tuesday afternoon.

Joe Priester said he discovered the grenade around 2:30 p.m. while axing ivy near the bottom of a tree. He said he actually hit the grenade a couple times with the ax.

“I was on one of the trees and I was hitting towards the base and I hit something really hard,” he said. “I pull it out and I’m looking at it and I can’t believe what I’m seeing… It looked like a grenade.”

“I know I’m not supposed to touch a bomb, but I didn't know until I had it in my hand. And I saw the pin was on it so I said the best thing to do was to get it as far away as I can from anybody else and call it in. So I didn't think about it. I was in shock,” said Priester.

Police and Bomb Squad responded to the home in the 3400 block of Keighly Rd., near Jefferson Davis Highway. When law enforcement officials arrived they determined the grenade was most likely live and had a defused.

“It could have gone off, presumably,” Priester said.

Police were on the scene for over 5 hours and blocked off the street from oncoming traffic. Bomb Squad removed the grenade from the yard using a robot. No one was hurt during the incident.

Priester said they will be no investigation into the matter as the grenade could've been left in the ground for decades.