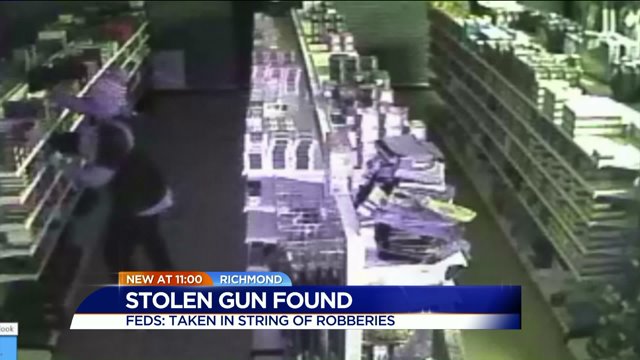 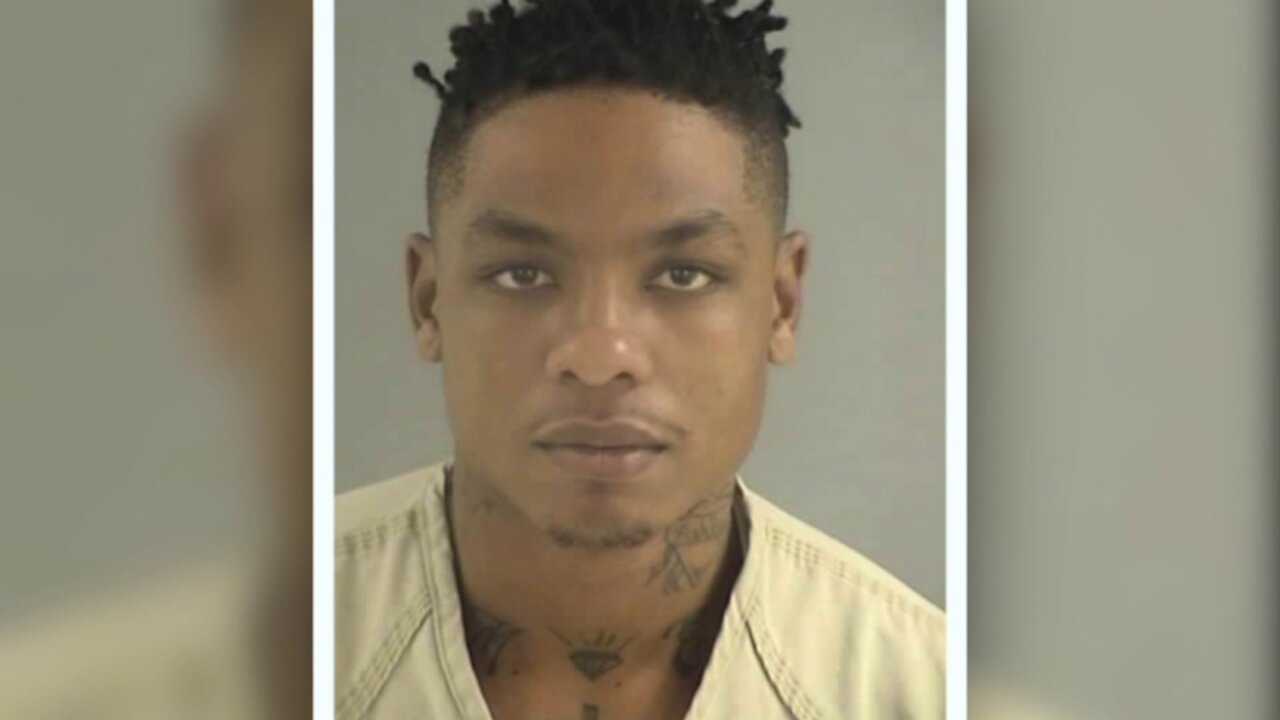 RICHMOND, Va. -- Federal agents have charged a Richmond man with possessing a stolen weapon, which was confirmed to have been stolen from Hopkins Gun and Tackle, one of three area stores hit recently.

An affidavit spells out what could be the break agents were looking for in a string of gun store robberies in Chesterfield, Henrico, and Mechanicsville.

After the last series of gun thefts, Michael Lester, owner of Cross Tactical Supply, decided to temporarily call it quits. "We shut the store down," he said Tuesday.

Another store picked off the same night was Hopkins Gun and Tackle on Mechanicsville Turnpike.  A concrete block was thrown through the door and 20 guns were swiped including an AK-47 and 19 handguns.

"I think I've seen him before,” said Lester, looking at a picture of a suspect.

“Yes, in my store," Lester replied.

A manager at Hopkins said he's confident the suspect with a princess-cut diamond tattoo on his Adam’s apple has been in their store, too.

Here's a breakdown of the area crimes:

ATF agents arrested Anthony Ball at his Spotsylvania Avenue home in Richmond. Agents said after surveillance video aired, the tips came in that lead them to Ball's home.

That federal affidavit said agents came to a home near Mosby Court to interview Ball about the guns. Ball agreed to let the agents come inside, according to the documents.

While questioning Ball, the affidavit states an agent’s leg brushed up against the back of a couch. A blanket near the back of Ball’s head fell to the floor and there was a heavy thud. Agents picked up a T-shirt that fell from the blanket.

According to the court documents, they found a 9-mm semi-automatic pistol with serial numbers matching a gun stolen from Hopkins Gun and Tackle.

The big break in a case, may literally have fallen at investigators’ feet.

"I feel like they have the right people and very good leads,” said Lester.  “You know criminals seem to forget that leading up to a crime they pass points A, B and C and there's video to tie together who they are."

At this point Ball has only been charged with possessing a stolen weapon. He told ATF agents that the stolen gun was from a prostitute that had visited the night before.

Anyone with information that could help investigators is asked to call the ATF at 800-ATF-GUNS (1-800-283-4867). You may remain anonymous. The ATF is offering a $25,000 reward for information that leads to arrests.