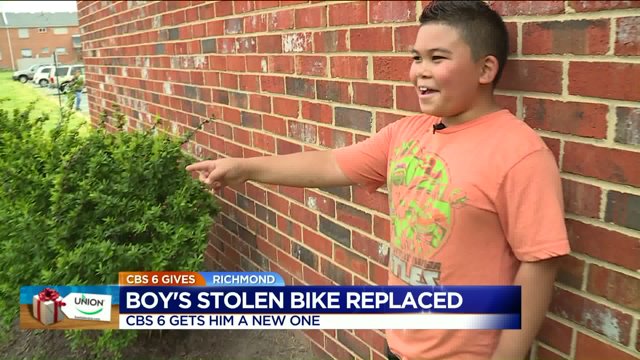 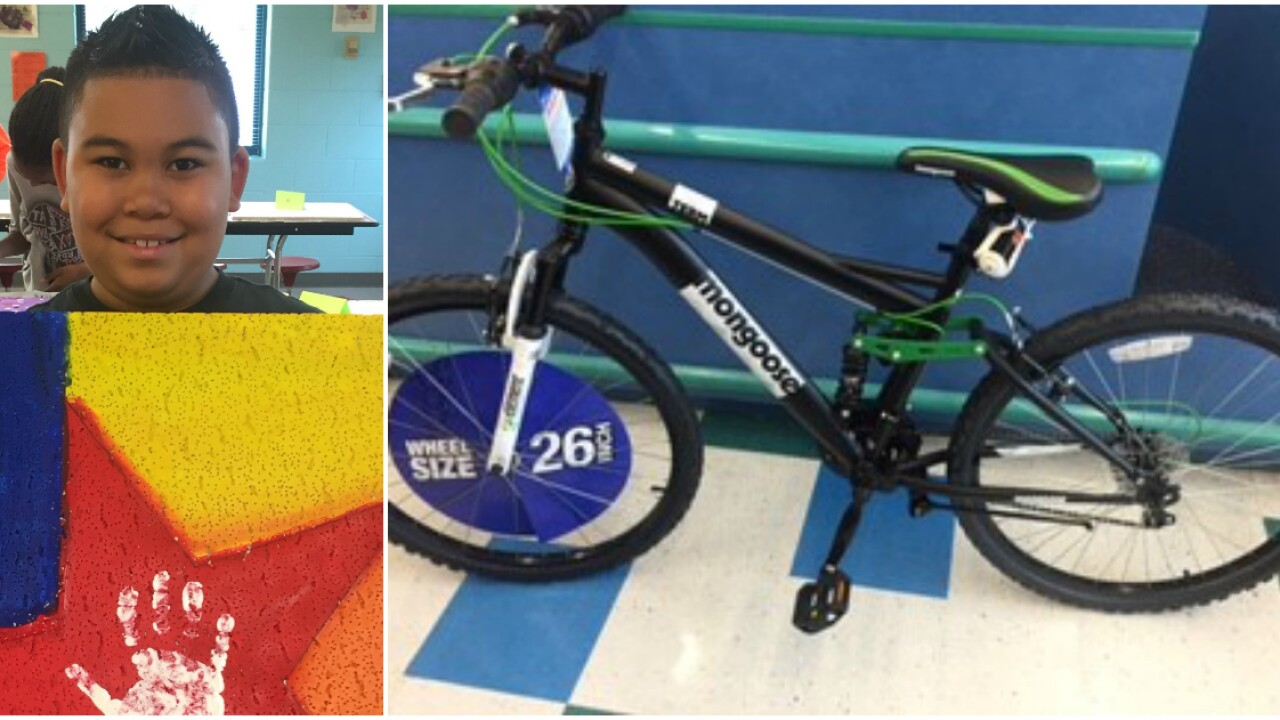 RICHMOND, Va. -- Nine-year-old Samuel Hill Jr. was crying hysterically by the time his mom got to him.

Samuel, who was riding his bike on Brown's Island in Richmond Sunday, had just been approached by a group of middle to high school-age kids who stopped to talk to him about racing. It was when the talk turned from racing bikes to racing up the steps at Brown's Island, that his mom said Samuel got off his brand new bike.

"While three boys distracted him, another ran up behind him and grabbed the bike and took off on it," Samuel's mother Jessenia Pagan said. "My little boy is so devastated. I'm trying to get the word out in the hopes of having it found or returned."

The $140-bicycle was given to Samuel last week by family members.

"He had recently learned how to ride on a bike that was too small for him, and his aunt and uncle decided to buy him one that was the right size so he wouldn't feel left out with the neighborhood kids," Pagan said.

The bicycle is not all Pagan said her son lost Sunday. She said he lost a sense of security and her family may have lost a springtime tradition.

"We go to Brown's Island almost every weekend when the weather is warm because he really likes it. Now he says he doesn't want to go back because he's scared," she said.  "Naturally, I want the bike back, but I would much rather appreciate it if someone restored my son's faith in humanity."

CBS 6 and Union Bank and Trust partnered to get Samuel a new bike, just like the one that stolen, as a part of "CBS 6 Gives."  Within minutes of delivering his new bicycle, Samuel was once again zipping around his neighborhood next to his friends.

Richmond Police said the suspects were last seen with the bike heading east toward Canal Street.

"The missing bicycle is a black and green Mongoose bike with green brake lines and a black and green seat. It also had a cell phone with a green elastic armband case attached to the bike," a Richmond Police spokeswoman said. "All four suspects were described as black males. One of the suspects was wearing a blue jacket, one had "bumpy hair,” and one had a blue headband. The bicycle of one suspect is red and purple. Another had a pink bicycle."

Anyone with information about Samuel's stolen bike call Richmond Police at 804-646-5100.