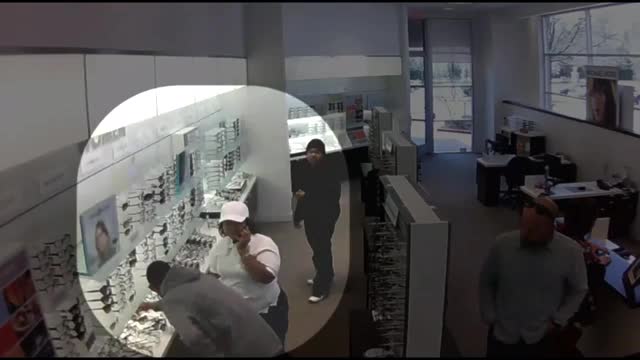 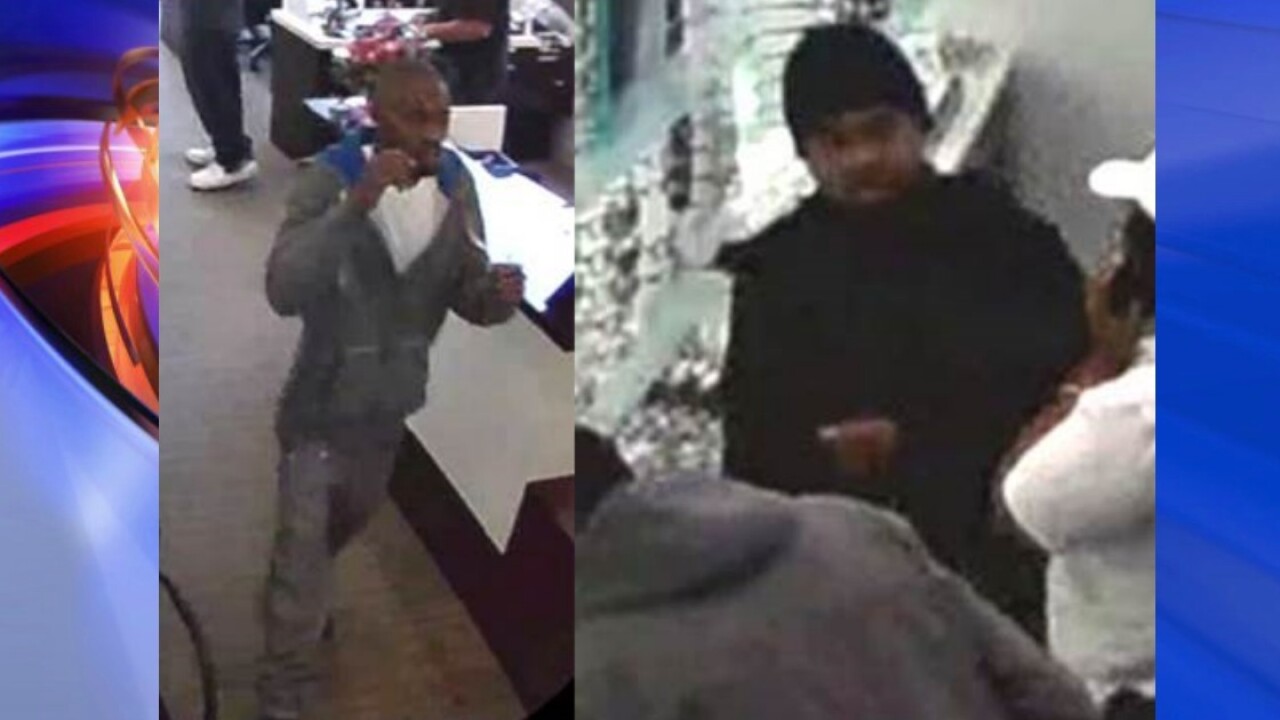 RICHMOND, Va. – Police are searching for suspects who they said have stolen eyeglass frames from a LensCrafters store on several occasions.

On at least three occasions in the past few weeks, police said the men in the photos entered the LensCrafters store at 9200 Stony Point Parkway and stole eyeglass frames.

The suspects stole the items when the store employees were distracted by other customers.

One of the suspects wore a distinctive grey hooded sweatshirt with a blue hood liner, police said. The other suspect wore a dark-colored sweatshirt and a black knit cap.

Detectives ask anyone with any information about this man’s identity to call Third Precinct Detective Heather Truong at (804) 646-1067 or Crime Stoppers at 780-1000. Citizens can also text Crime Stoppers at 274637, using the key word “ITip” followed by your tip. Both Crime Stoppers methods are anonymous.