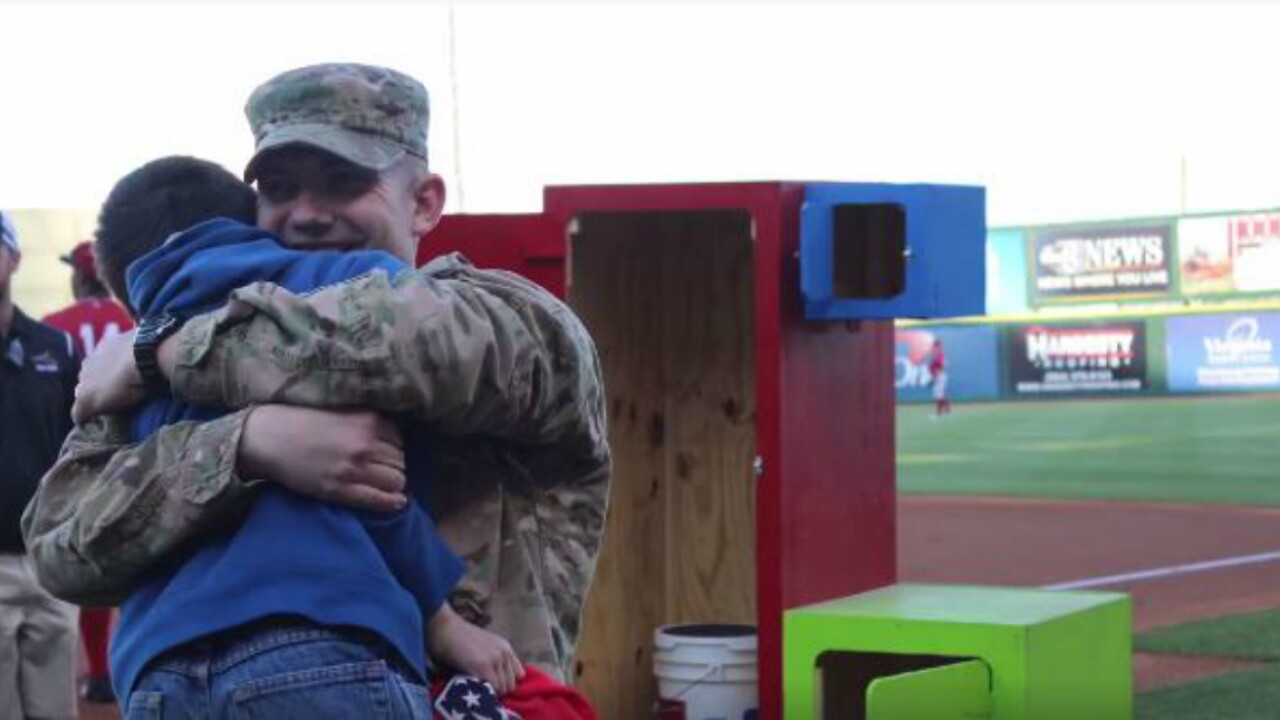 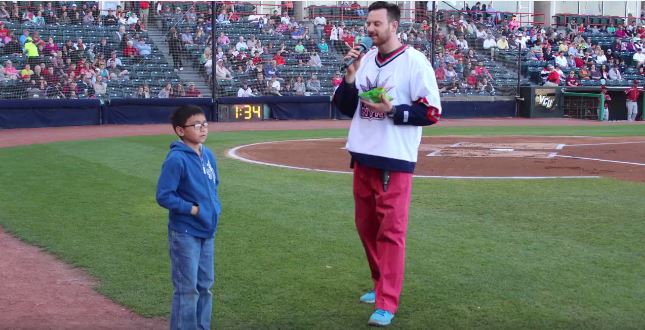 “They have no idea that I’m back in town,” Champine said before the surprise homecoming. “I’ve been deployed for the past six months and they think I come back in a couple of weeks.”

As part of the surprise, Champine hid in a box that was to be used during an in-game contest.

“I’m going to pop out of a box and my son is going to be picking the boxes. They have no idea that I’m coming,” he said. “I cannot believe that this is actually happening. I just can’t wait. If the surprise wasn’t happening, it’s the only thing that’s keeping me back from running out there and giving them a big hug and kiss now. I just can’t wait to finally see them again.”