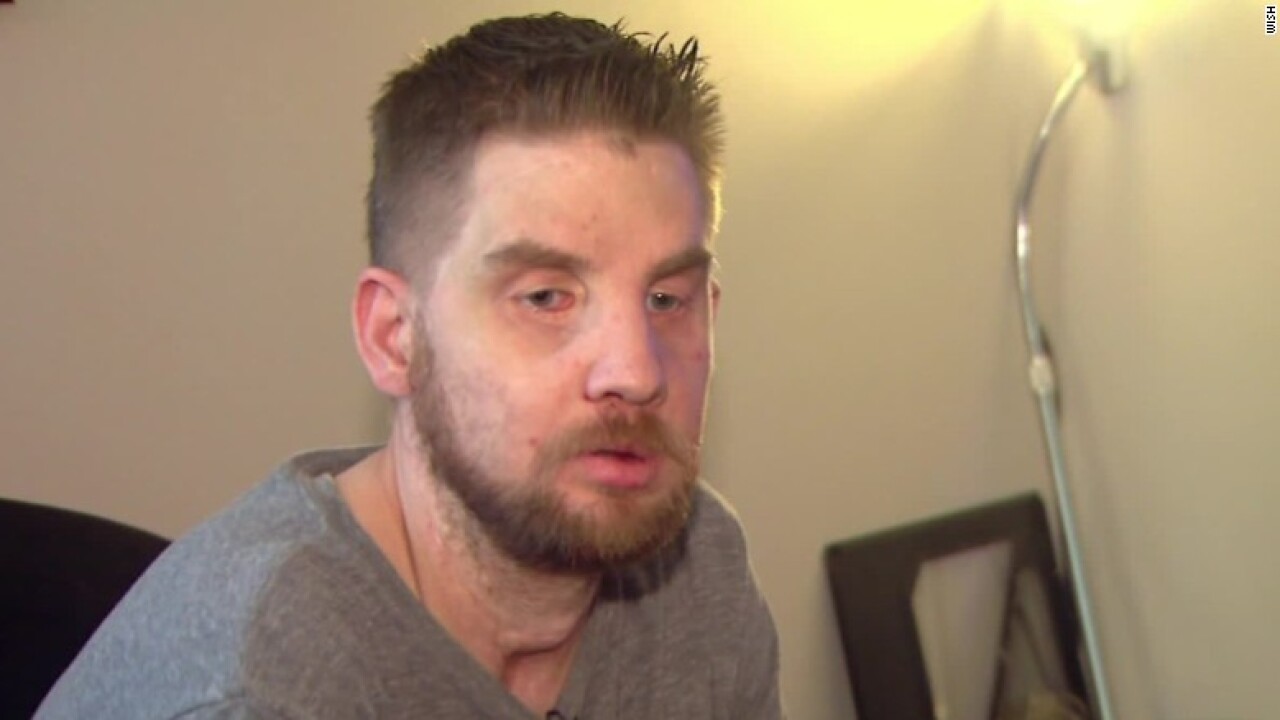 It’s been nearly five years since he received a face transplant, but now, Mitchell Hunter is breaking the silence about his new life after his groundbreaking surgery.

“I feel just as healthy as I did when I was 21, and I feel great,” said Hunter in an interview with CNN Indianapolis affiliate WISH. “It’s a lot easier going out in public. I don’t get the stares. I’m just another face in the crowd, and that’s all I ever wanted.”

Hunter suffered significant injuries in a 2001 car accident, in which he was zapped for about five minutes with 10,000 volts of electricity. The shock cost him his leg and face. Although a terrible accident, Hunter doesn’t dwell on the negative effects.

“I look back on it as something that made me stronger,” he said. “I mean, yeah I would like to have my leg and my face back, but without that happening, I wouldn’t be who I am today.”

The 14-hour surgery in 2011 gave Hunter a nose, eyelids and facial animation muscles and nerves. He can even feel sensation in his skin. “Hot, cold, pain, tickle, rubbing my beard, someone kissing my face — I can feel everything,” said Hunter. “It was amazing, just having sensation like that come back.”

In addition to gaining back his sensation, Hunter has been able to live a normal life again. He goes to work every day and takes his children to the movies.

“It feels great. It feels normal,” he said. “When I leave the house, it’s just a normal routine. I get up, take a shower, get my car keys, leave, go to the store. It feels nice being a regular human being and having a nine to five job, waking up just like the next guy and going to work.”

Hunter is thankful for the success of his surgery, and he encourages others to consider being a face transplant donor.

“It’s going to give another person, another human being, a better quality of life,” he said. “It’s just knowing someone else in this world is living a better life because of a choice you made. I think that makes it worth it.”