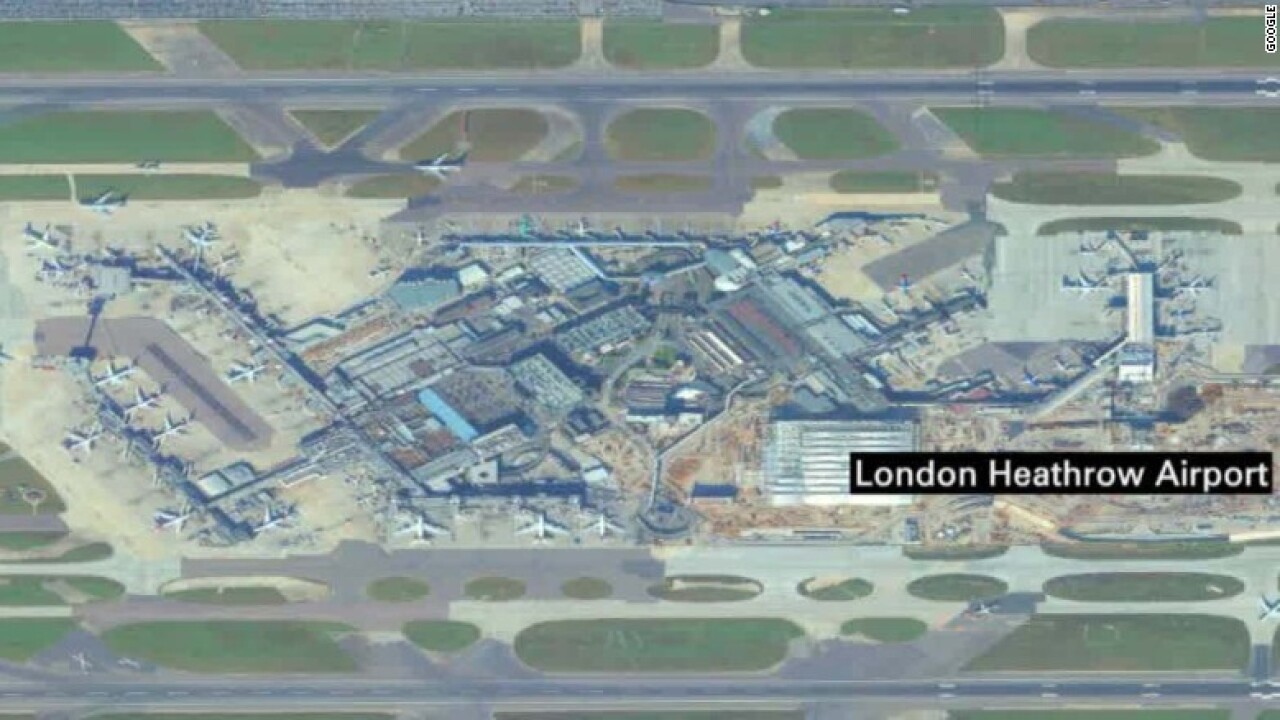 A drone apparently slammed into a British Airways plane headed to London on Sunday, officials said.

The plane was headed from Geneva, Switzerland, to London’s Heathrow Airport when the pilot said he thought a drone had struck the aircraft, London Metropolitan Police said.

The Airbus A320 had 132 passengers and five crew members on board, British Airways spokesman Michael Johnson said.

After the plane landed safely at Heathrow, authorities said they believe a drone struck the front of the aircraft.

It’s unclear whose drone may have hit the plane. No arrests have been made.

Johnson said engineers thoroughly examined the plane and cleared it for its next flight.

Dodging drones in the sky

While it’s unusual for a drone to strike a plane, there are plenty of close calls — especially in the United States.

Hundreds of drones have flown dangerously close to manned aircraft in U.S. airspace, forcing pilots to sometimes take evasive action, according to a study released in December.

“Our findings indicate that incidents largely occur in areas where manned air traffic density is high and where drone use is prohibited,” experts said in a statement.

Drones flying too close to commercial flights pose a serious threat to larger aircraft, and can be sucked into the engine or crash into the cockpit window, injuring or killing a pilot.