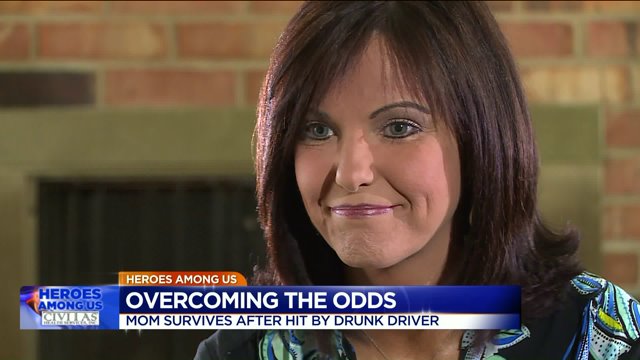 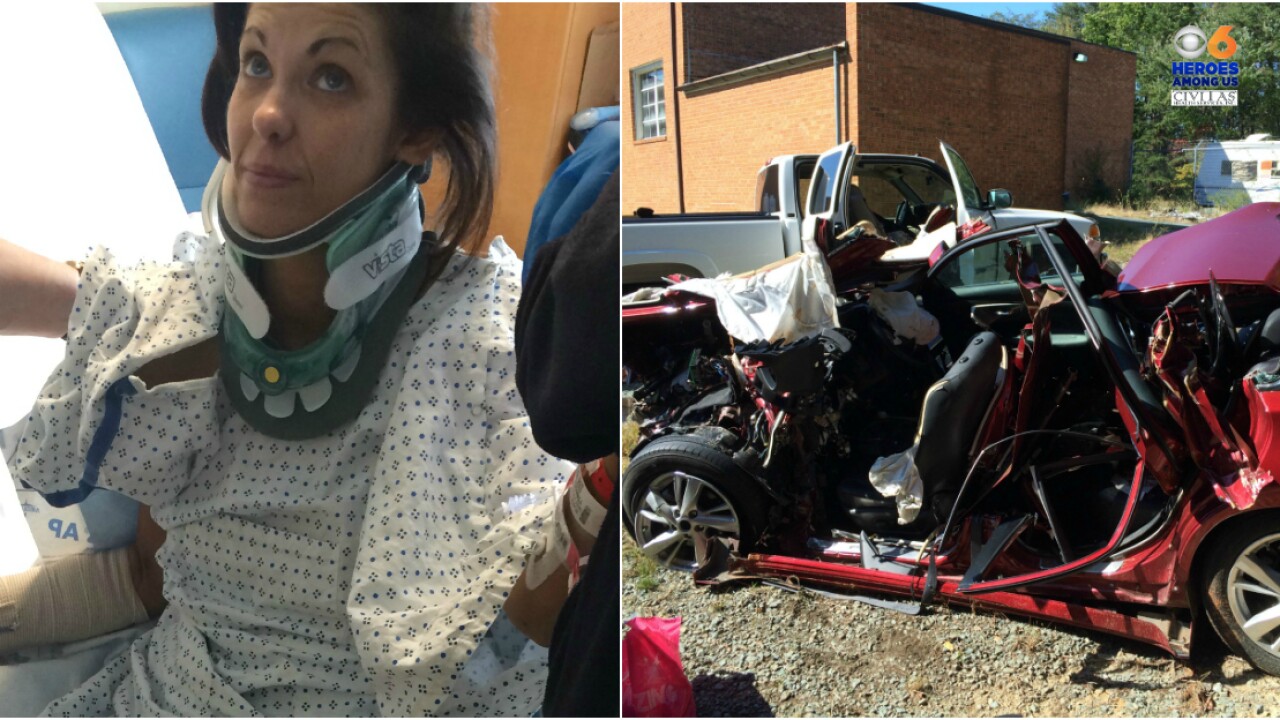 SCOTTSVILLE, Va. -- Nearly every time Lisa Black climbs behind the wheel of her car, she cannot help but think about that dark day -- October 3, 2014.

Lisa was driving along Route 15 in Fluvana that rainy night, on her way to pick up her daughter. She never made it.

The 43-year-old mother of two was mangled and trapped inside her car.

"The next thing I knew I woke up in pain," she said. "It felt like my body was on fire from the waist down."

The other driver was barely hurt in the crash. He was driving drunk.

She said she saw her phone light up as her daughter called and called, but Lisa could not reach the phone to answer. Her body was shattered.

"I remember someone saying ‘I don’t think we have enough time to get her to the hospital,'" she recalled.

Black felt her life slipping away so she started to pray.

"I think that is what kept me going -- thinking about my children," she said. "I said I can’t die. I have to be there for them. They’re my world."

At the University of Virginia Medical Center, surgeon Winston Gwathmey tried to put Lisa back together.

"When I first met Lisa that night she was basically wrecked," Dr. Gwathmey said. "She had broken both of her legs. Broke her hand and broke her neck. She looked pretty bad."

"I remember walking through those doors and had to walk right back out because I was crying my eyes out," Loren Black said.

After weeks in the hospital, several painful surgeries and endless physical therapy, Lisa turned the corner. While recovering Lisa made a promise. She promised to spread the word about the dangers of drunk driving. She did so through Mothers Against Drunk Driving (MADD).

"I want to stop this from happening to someone else," Black said.

Last year Lisa and her family participated in Walk like MADD. This year she is training to run.

"I think she is the toughest person I’ve ever had in my life," daughter Loren said.

Lisa Black will always wear the scars of her crash, but as that dark day grows smaller in her rear view mirror, she is keeping her eyes on the finish line.

The man who hit Lisa was sentenced to five years behind bars. Three years of the sentence were suspended.